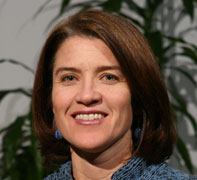 At a recent Catholic University of America conference marking the 120th anniversary of Rerum Novarum, Alexia Kelley from the White House Office for Faith-based and Neighborhood Partnerships was one of the speakers. Kelley was on a panel with Fr. Clete Kiley, a priest from the Chicago archdiocese who works with labor unions, and John Carr and Kathy Saile from the U.S. Conference of Catholic Bishops. Kelley discussed some of the programs and initiatives her office has undertaken that touch on labor issues.

But it was during the coffee breaks that Kelley’s prominence as the Obama administration’s “go-to” official for Catholic concerns was most obvious. Kelley had previously worked for the Catholic Campaign for Human Development, so she has a long association with Carr and Saile that was evident by the easy and familiar interactions she had with her fellow panelists. Her prior tenure as executive director of Catholics in Alliance for the Common Good acquainted her with many of the Catholic and labor activists in the room. She worked the room as if she herself was a candidate for office.

The Obama team rode into office in large part on the strength of Catholic swing voters, mostly ethnic Catholics who live in or near the major industrial cities of the Northeast and Midwest. John Kerry, despite being a coreligionist, had lost the Catholic vote in 2004 by 52 to 47 percent. But in 2008 Barack Obama won Catholics by a margin of 55 to 46 percent. This result was largely credited to the effectiveness of the Obama campaign’s religious outreach.

Once in office, however, that outreach seemed to evaporate. Obama’s team gave the job of religious outreach to the Faith-based office and designated Mark Linton as the liaison to Catholics. Linton, however, did not work at the White House. His primary job was serving as the Faith-based official at the Department of Housing and Urban Development, helping religious groups access federal monies at the agency. Wearing two hats was too much, and there was a growing frustration among Catholic activists. Some began to “wonder why the only time they hear from the administration is when it needs their help, not when it is developing policy and strategy,” commented Jesuit Fr. Thomas Reese, senior fellow at the Woodstock Theological Center at Georgetown University in Washington.

Relations with the Catholic hierarchy went from bad to worse. First there was the kerfuffle over the president’s being awarded an honorary degree by the University of Notre Dame in Indiana. Then came the debate over health care in which the bishops’ conference drew a line in the sand over the Stupak Amendment and its restrictions on funding abortion. When that amendment failed to pass the Senate, the conference refused to endorse the final legislation.

Most importantly, the Faith-based office did not seem very adept at linking its programs with its outreach. “There was a real lost opportunity,” commented Mark Silk, professor of religion in public life at Trinity College in Hartford, Conn. Silk thought the office needed to “educate the public about the extent to which religious community already provides social services and [be] pointing the way forward. They completely blew that opportunity.”

Late last year, it was announced that Kelley would be leaving her job as Faith-based official at Health and Human Services and coming to the White House office full-time. And she would now serve as the liaison to the Catholic community. “Alexia Kelley’s addition has really made a huge impact in the Catholic outreach efforts of the White House Office for Faith-based and Neighborhood Partnerships,” Professor Stephen Schneck, director of the Institute for Policy Research & Catholic Studies at The Catholic University of America in Washington told NCR. Schneck added that Kelley’s office has “become a focal point for Catholic engagement with the administration.”

Most of the Faith-based office’s work deals with helping religious groups access federal monies for their social service programs. The office helped organize the “Feed a Neighbor” campaign, which led to donations of more than 100,000 pounds of food being distributed from community gardens to those in need. An outreach effort, coordinated with the Department of Agriculture, that focused on religious congregations that serve the Hispanic community in neighborhoods with high indices for poverty was spectacularly successful. In Miami, after a roundtable meeting with community and religious leaders, calls to the nutrition assistance hotline of the U.S. Department of Agriculture went from 13 the day before the roundtable to more than 1,000 calls the following day.

Additionally, a local Miami church was inspired to begin a summer program to provide healthy food to poor children in their neighborhood. The Faith-based office has also helped governmental disaster relief efforts coordinate with local congregations, engaged congregations in disease prevention programs, and begun a program that gets college students engaged in community development efforts.

These good works may not have gotten much attention in the past, but Kelley is out to change that. The programs overseen by the Faith-based office show how government can partner with local communities to help the poor and improve communities. These programs should be Exhibit A in the argument against those who consider government evil and wish to see programs that assist the poor eliminated. It turns out the administrative side of the Faith-based office might be the best kind of political outreach heading into 2012: For Catholics, unlike for Glenn Beck, social justice is not a bad thing.