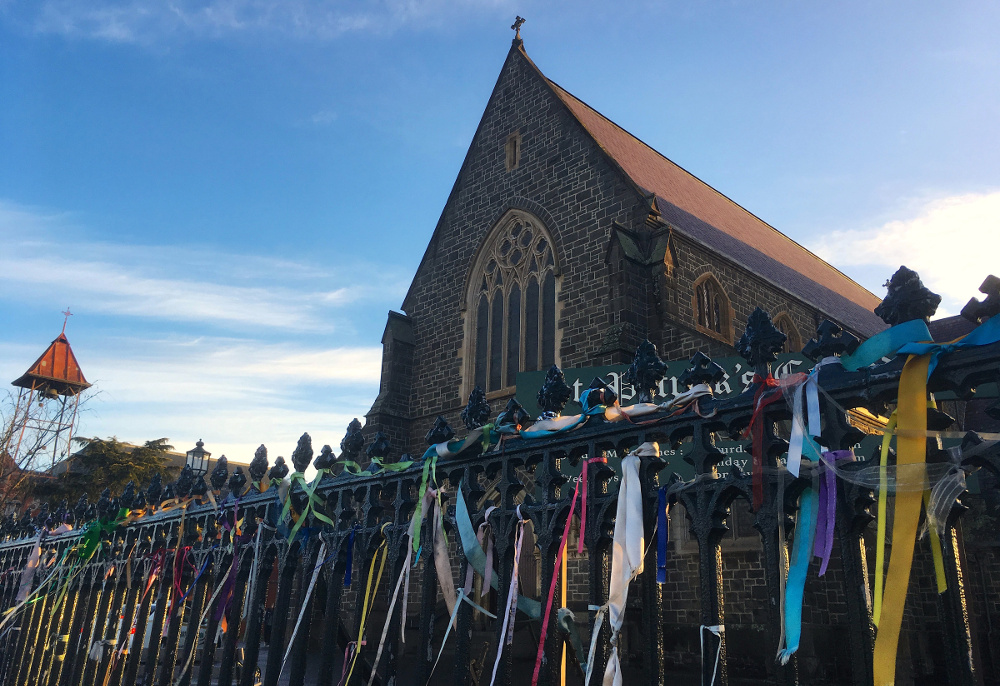 Ribbons hang on the fence outside St. Patrick's Cathedral in Ballarat, Australia, July 23, 2017. The gesture is to remember victims of Catholic Church abuse. (CNS/Reuters/Byron Kaye)

Bishop Vincent Long Van Nguyen of Parramatta, Australia, speaking to the National Council of Priests of Australia, urged an end to clericalism in the church and expressed hope that a newly revitalized Catholic clergy would emerge from the sex abuse crisis that has wracked the Catholic Church in Australia.

He spoke Aug. 30 to the National Council of Priests in Australia, which reprinted his remarks in the December edition of The Swag, its quarterly magazine.

Van Nguyen, 55, a Conventual Franciscan who became bishop of Parramatta last year, declared in a message to a Royal Commission investigating sex abuse in the Catholic Church that he himself had been abused by church members as an adult. He told the priests' group that "we are in a big mess" as priests "bear the brunt of public anger and distrust in the wake of the sexual abuse crisis. It is one of the hardest times to be a priest."

He suggested they look to the example of Pope Francis as a vision of priesthood based on a servant, not an authoritarian, model.

After Francis was elected, he eschewed the usual papal trappings and asked for the gathered crowd to pray for him at St. Peter's Square. That gesture, said Long, "was truly the prophetic sign of the century."

"The ground under our feet has shifted," said Long. "There needs to be an attitudinal change at every level, a conversion of mind and heart that conforms us to the spirit of the Gospel, a new wine in new wineskins, not a merely cosmetic change or worse, a retreat into restorationism."

In Australia, he said, "the priesthood no longer enjoys the prestige and the power it once had. For a lot of young people, it is no longer surrounded with the aura of mystique and fascination." In response, he urged priests to embrace what he called a model of servant-leader. 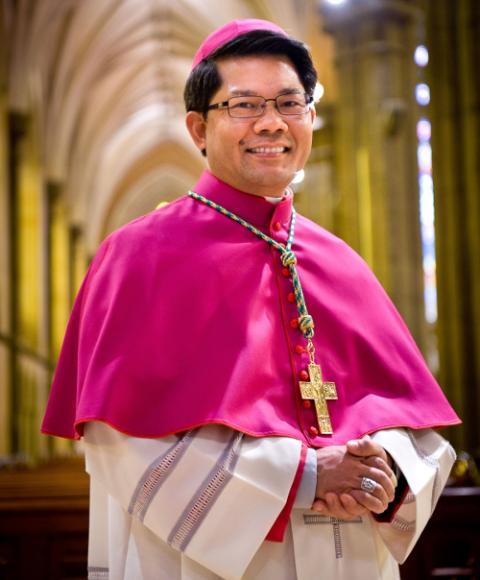 The sex abuse crisis was more than the evil acts of individuals. Van Nguyen said the culture of the church contributed to the crisis in Australia.

"Unless we have the courage to see how far we have drifted from the vision of Jesus, unless we are prepared to go beyond the symptoms and explore the deeper issues that lurk behind the surface, unless we genuinely repent of our sins and face up to the task of reclaiming the innocence and powerlessness of the servant-leader, we will have failed the test of our integrity, discipleship and mission," he said.

Van Nguyen added, "When privilege, power and dominance are more evident than love, humility and servanthood in the church, then the very Gospel of the servant Jesus is at risk."

He urged priests to see their ministry as a counterweight to the human lust for power and domination, to stand, like Jesus, with the outcast and the vulnerable.

"If one can detect the direction of Pope Francis' pontificate, it has something to do with the movement from security to boldness, from being inward looking to looking outward, from preoccupation with the present status and safeguarding our privileges to learning to be vulnerable, and learning to convey God's compassion to those who are on the edges of society and the church," said Van Nguyen.

He asked that priests be willing to "bridge the yawning gap between the ideal and the real, between what the church teaches and how the people respond."

"The new wine of God's unconditional love, boundless mercy, radical inclusivity and equality needs to be poured into new wineskins of humility, mutuality, compassion and powerlessness. The old wineskins of triumphalism, authoritarianism and supremacy, abetted by clerical power, superiority, and rigidity, are breaking," he said.

It is a vocation of the Christian leader to be with his people in their hopes and struggles, anxieties and fears, he said.

"It is not easy to be in the middle, and to be loyal to both ends of the spectrum, to belong to the church of orthodoxy and yet also to minister in the world of the unorthodox. It truly involves being, as the saying goes, between a rock and the hard place."

Van Nguyen, who came to Australia as a Vietnamese refugee with his family, said he had a particular interest in the biblical experience of the exile.

"My personal story of being a refugee, my struggle for a new life in Australia, coupled with my Franciscan heritage have all contributed to the sense of hope which was the legacy of the exile of old and which should inform and enlighten our present exile experience," he said. "Like the prophets who accompanied their people into exile, who interpreted the signs of the times and led them in the direction of the kingdom — the arc of salvation history if you like — we must do the same for our people in the context of this new millennium."

He cautioned against focusing on increased vocation numbers as an indication of a healthy priesthood.

"The strength of our mission does not depend on a cast of thousands. Quality, not quantity, marks our presence. It is substance and not the size of the group that makes the difference. Hence, this time of diminishment can be a blessing in disguise as it makes us reliant less on ourselves but rather on the power of God," Van Nguyen said.

He argued that one of the key insights of the Second Vatican Council is that "the church is not the church of the ordained but of all the baptized."

Van Nguyen urged a rethinking of clerical titles, privileges and customs in the church.

"Furthermore, it is my conviction that the priesthood 'pedestalized' is the priesthood dehumanized. It is bound to lead us into the illusion of a messiah complex and an inability to claim our wounded humanity and to minister in partnership. What we need to do is to humanize the priesthood so as best to equip ourselves with relational power for authentic Gospel living and service."

The church, he said, needs to dismantle the pyramid model of church which "promotes the superiority of the ordained and the excessive emphasis on the role of the clergy at the expense of nonordained" and is the root cause of clericalism.

"It is to acknowledge and to have the courage to die to the old ways of being church that no longer convey effectively the message of the Gospel to the culture in which we live," said Van Nguyen.

"It is to acknowledge and to have the courage to die to the old ways of being church that no longer convey effectively the message of the Gospel to the culture in which we live."

Those who predict the death of the priesthood see the sex abuse crisis as the final nail in the coffin. They are half-right, said Van Nguyen.

"They fail to see the other side of the equation. The Catholic priesthood is only dying to that which is not of Christ. It is dying to worldly trappings, triumphalism, and clericalism; it is rising again to the power of vulnerability, servant-leadership, discipleship of humble service and radical love," he said.

Van Nguyen concluded, "that model of the exalted, separated and elitist priesthood is drawing its last breaths — at least in many parts of the world, including Australia. There is a better wine that the good Lord has prepared for us."