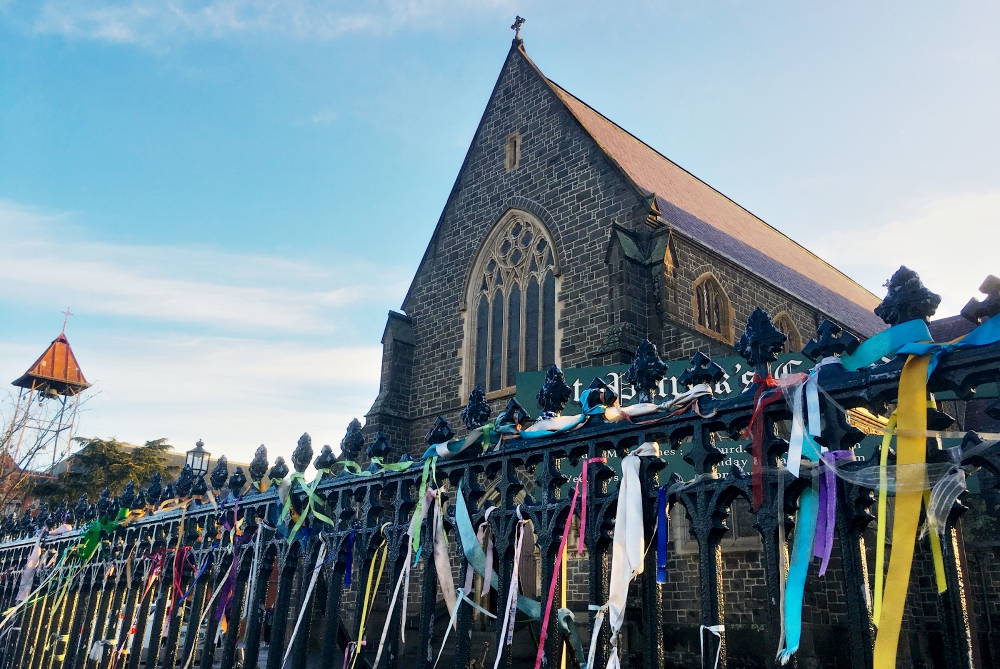 Ribbons hang on the fence outside St. Patrick's Cathedral in Ballarat, Australia, in July 2017. The gesture was to remember victims of Catholic Church abuse. (CNS/Reuters/Byron Kaye)

So often moving against the tide of conventional wisdom, I emigrated from Australia to Ireland in the early '70s. In 1989, representing a local educational project, I visited a previous archbishop of Dublin and asked him for a financial contribution. He smiled and arranged for me to meet the diocesan accountant. This priest smiled, too, but told me that I would not receive any money for my cause because every possible penny was being kept to finance settlements in the anticipated sex abuse litigation. Three years previously, Irish bishops had begun to insure themselves against just such risks.

The sexual abuse crisis has put the Catholic Church in crisis globally, and everywhere the response has been full-scale legal warfare. The Vatican, the national hierarchies and the local bishops all dodged and weaved. They filed for injunctions to stop documents being released to the state commissions of investigation. When state authorities had the documents, the church did all in its power to avoid prosecution by relying on the statute of limitations and to limit any extension of these statutes to preclude further prosecutions.

When there were convictions, there were appeals. When all else failed, they declared bankruptcy so they wouldn't have to pay.

They fought survivors in the courts for pain-filled years. The Vatican even turned to state sovereignty to refuse documents to an Irish investigation and to the United Nations.

Law, law and more law. Anything and everything to protect the institution. Over and over again. There was some due process but no equity. There was an unseemly rush to justice where there should have been reckless care.

This recourse to law was a huge mistake. It was a plan of action that showed the church to be in moral free fall, committed only to unbridled institutional self-interest. It was a strategy that has generated a scandal that is far worse than the one they are still, to this day, trying to cover up.

Even worse, it was a cul-de-sac, spiraling down and down into a morass of prevarications. Every time a lie was exposed, the lack of trust grew and the faithful turned away in disgust.

In the same year that I returned to live in Australia, the government established a Royal Commission into Institutional Responses to Child Sexual Abuse (2013-17). To assist them in their response to this government enquiry, the Australian bishops established their own Truth, Justice and Healing Council. The unfortunate bottom line for Australia is that none of the bishops engaged in covering up the abuse has come forward to confess. Without truth, there can be no accountability, without accountability, there can be no justice, and without justice, there can be no healing. 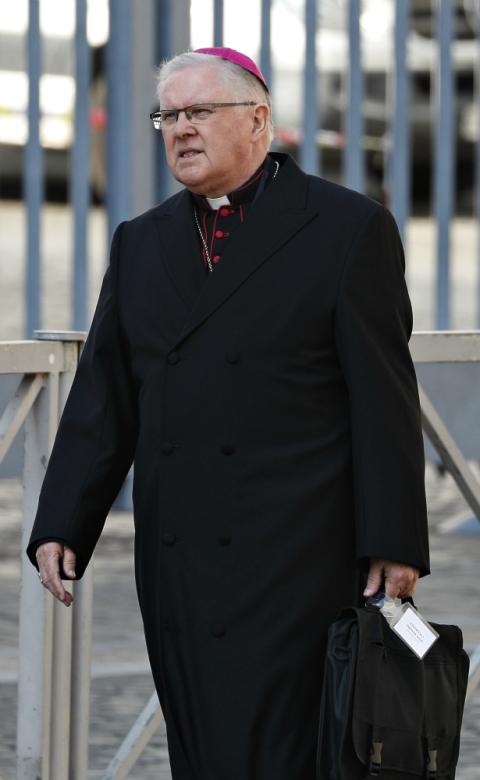 Archbishop Mark Coleridge of Brisbane, Australia, leaves the morning session of the Vatican meeting on the protection of minors Feb. 22. (CNS/Paul Haring)

The next ecclesial steps were taken in 2018 with the establishment of Catholic Professional Standards Ltd. and the Implementation Advisory Group. Both are staffed by well-qualified laypersons but each initiative is fundamentally flawed. The constitution of the Catholic Professional Standards company stipulates four members — two bishops (Archbishop Mark Coleridge of Brisbane and Bishop William Wright of Maitland-Newcastle) and two leaders of religious orders. Whatever the 'independent' board recommends can be vetoed by these members. Likewise, the lay Implementation Advisory Group is, as described, merely advisory.

Despite protestations to the contrary, all three initiatives are "business as usual" maneuvers. Neither the council, nor the company, nor the advisory group has within it the possibility for a renewed church, because the bishops, the very ones responsible for the crisis, insist on remaining in control.

Finally, Australia is now being offered a Plenary Council, which will be conducted over two sessions in 2020 and 2021. Coleridge, the head of the Australian Catholic Bishops Conference, has said the idea of a plenary arose out of Pope Francis' urging us toward synodality. We are promised participation. The usual words, "listening" and "consultation," "dialogue" and "discernment," are all used.

But it is hard to keep the faith when listening to what the bishops have to say about the purpose of the council. The archbishop of Sydney, Anthony Fisher, tells us in the first sentence of his introductory statement, "The purpose of a Plenary Council is not to change Church teaching or discipline."

He could not have made it clearer that this council is, by its very nature, an instrument of the church hierarchy. He suggests that we should discuss how to combat virulent secularism and/or the rise of atheism. Two excellent questions to keep conversations about bishop accountability and church governance at bay.

Maybe he forgot that the landmark work of a man about to become a saint, John Henry Newman, was titled "On the Necessity of Consulting the Faithful in Matters of Doctrine."

Nonetheless, we hang on to hope and try to nourish our faith by putting in our submissions. If the bishops have a lot to learn, so do we.

In an article published last November, Wright, with extraordinary naiveté, describes the content of these submissions as "pet peeves." He continues: "I've not been enormously impressed by the thoughts of many. ... It's the same agenda they've advocated for years … optional celibacy for priests, women priests, further curtailment of the teaching and leadership roles of the clergy, revision of the church's moral teaching ... greater inclusiveness ... more consultation on everything at every level, and so on."

And so on? He wonders why only 10 percent of Catholics are going to Mass. Maybe they are falling over their pet peeves at the door of the church?

This Plenary Council is in danger of dissipating whatever trust is left among the Australian faithful. If you set up a synodal process, ask the faithful to participate, promise to listen, but tell them that their contributions deal only with "inward-looking" topics on "how the church should be and operate," then the process generates many things and none of them good.

It is a strategy of contradiction, a depressing sleight of hand that appears to offer change and renewal but is really a maneuver to defer or avoid church reform. It is an exercise in manifest bad faith. It is an abuse of power that is both an utter denial of synodality and, most shocking of all, another cover-up. Thus, it bodes fair to generating a scandal of even greater despair.

To avoid this disaster, the Australian church needs a moratorium on the current Plenary Council process. We are in no hurry; the last plenary was 82 years ago.

During this moratorium, a woman should be appointed co-chair. A body, entirely independent of the bishops, should be established by lay synods to process, in the service of transparency, all submissions so that the laity sets the agenda.

One of the items of this agenda must deal with who will vote on the final changes to be sent to Rome. Nothing will help the church recover and renew until the hierarchy is willing to let go of total power and control, because power-sharing is one of the hallmarks of synodality.

The bishops must stop talking like hierarchs and start behaving like servants, sharing governance with all the baptized. This is the church of Jesus who says, "Unless I wash your feet, you shall have no part with me."

If the bishops of the world want to deal in legalities, then let my closing argument to them be as follows: May it please Your Honors, over half a century ago, on Dec. 9, 1965, on returning to Dublin after Vatican II, Archbishop John Charles McQuaid preached: "You may have been worried by much talk of changes to come. Allow me to reassure you. No change will worry the tranquility of your Christian lives." In deepening fear that this remains your mindset, on behalf of the lay Roman Catholic Church, I request an adjournment on scandal to avoid the despair of the faithful.

[Gail Grossman Freyne is a lawyer, family therapist and mediator and founding member of WWITCH (Women's Wisdom in the Church) in Melbourne, Australia.]

Read this next: Cardinal Pell: understanding the verdict and the fury