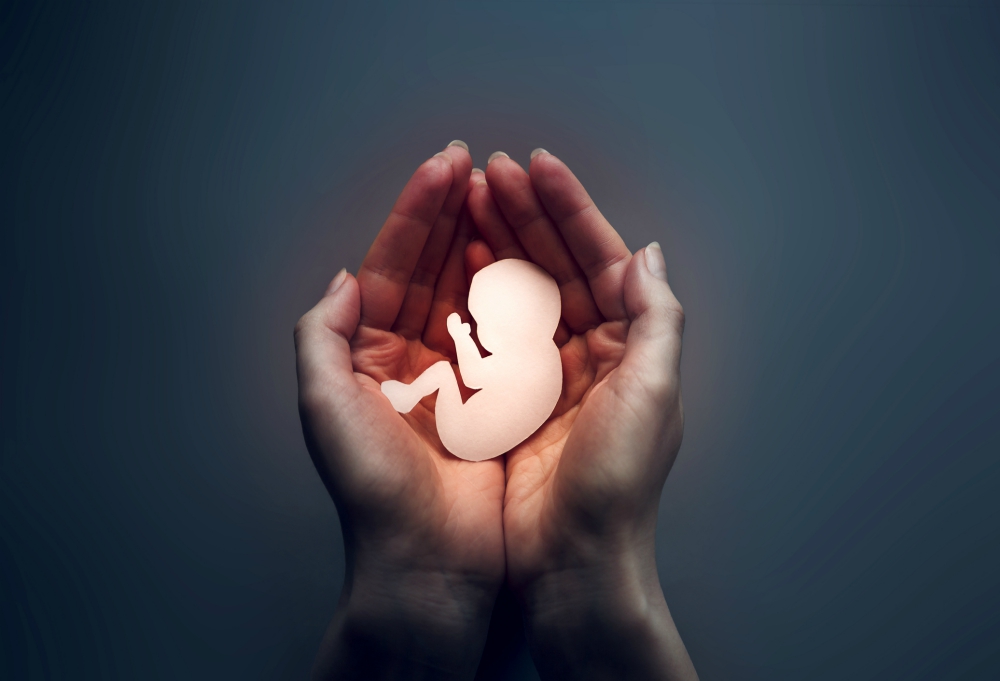 Last month, I was shocked to learn of the stillbirth of Chrissy Teigen and John Legend's third child, a son they called Jack.

For years, Teigen has been open on social media about their journey through infertility and the difficulties in having their two older children, Luna and Miles. Upon hearing the news, I wondered if her doula, whom I know by reputation, had been present to support them during this crisis, and whether they had even been given the option to have her present due to COVID-19 restrictions on hospital visitors.

A doula — from a Greek word meaning "servant of women" — works with women and birthing families from pregnancy through the first few months of postpartum, teaching and physically supporting them as they navigate birth, breastfeeding, postpartum healing and perinatal mental health.

When dealing with miscarriage and loss, the work of a doula changes.

Bereavement doula work, often at the most random times and in the most random places, is meant to support families through miscarriage, stillbirth and life-limiting diagnosis. We live in a polarized culture constantly battling over fetal personhood and whether we really do have a right to a dignified life, womb to tomb. The question of fetal personhood has yet to collectively be settled, and the secrecy surrounding miscarriage and infant loss imposed on families is its unintended result. Many people do not know how to grieve these losses, or if it is even OK to grieve a baby they may have never seen.

I have been a full-time professional doula for five years. While most of my career has been quite fun and rewarding, I learned very quickly that pregnancy does not always result in a happy, chubby baby. Anywhere from 10-20% of known pregnancies end in miscarriage in the United States, and about one in 100 pregnancies will result in stillbirth, a loss of pregnancy after 20 weeks' gestation. That is a total of 24,000 stillbirths each year.

When dealing with miscarriage and stillbirth, the work of a doula changes. Many people do not know how to grieve these losses, or if it is even OK to grieve a baby they may have never seen.

Early on in my career, I got a call from another doula asking if I had availability for some postpartum work. It was a difficult situation, she warned me: The birth had gone fine and the family had been back home for a few weeks, but the mother was spiraling quickly into postpartum depression.

The baby was conceived almost immediately after a previous full-term stillbirth, and the family had not had time, or perhaps the ability, to grieve. I spent several months working with this family. Together with a therapist, I worked specifically with the mother as she tried to embrace her joy for one child while also mourning another.

On one particular afternoon as I held her baby, she confessed that her therapist and I were the only people she could really talk to about her "other boy." Everyone else was tired of hearing about it. Even her husband openly wondered why she couldn't move on.

They were nominally Christian, and she asked me about my beliefs, what I thought about God, and grief. I don't remember what I said; it was likely careful and diplomatic, as doulas are trained not to interject our personal beliefs. But I do remember making a conscious decision soon after to get formally trained as a bereavement doula.

Once I was trained, I decided to offer my bereavement services free of charge. Doula work is largely based on personal referrals, and I figured the vast majority of my clients would be calling for birth and postpartum work anyway.

Little did I know that my yes to becoming a bereavement doula would bring the "clients" to me.

There was the new dad I would chat with until 2 or 3 in the morning while I held his newborn son. Like my first client, he wanted to talk about the other full-term son that he lost a year prior. He learned from my website that I studied theology, and though he would often tell me he wasn't religious, he understood that my faith gave him a space in which I would listen as he processed the loss of his first son.

I once spoke with a young woman for hours about the unplanned pregnancy she had in college, and how her fear turned to joy. She told me about the horror of her miscarriage, about her D&E to remove the body of her son, and asked me repeatedly whether she had "sinned" for failing to ask about his remains. She was not a practicing Christian at the time, and didn't know having a funeral was even an option. The hospital staff never asked her what she wanted or needed and treated her as though her miscarriage was just another abortion.

I assured her she had not done anything wrong, and that she could give over any guilt and anxiety about her son's body to the Lord, and of course, to Our Lady. I gave her my card, and the website of a local perinatal psychologist.

There have been others, so many others, that I have walked with, but who also have walked with me. I named my practice after Our Lady's "Fiat" because I want to remind myself of the reciprocity inherent in saying yes. The first person the Blessed Mother visited after saying yes to the angel Gabriel was her cousin Elizabeth, who was also grappling with a pregnancy that by all normal standards should not have existed and might not be carried to term. The Visitation is sort of an unofficial example, a sort of patron saint of birth and bereavement doula work — women consoling and supporting each other in their joy and in their grief.

Teigen shared pictures from Jack's birth online and expressed her shock at leaving the hospital without a baby in her arms. The public reaction was mixed, with some offering deep condolences and sharing their stories of stillbirth and miscarriage. Many others criticized what they saw as yet another celebrity seeking attention.

This backlash is not surprising. Our society expects women to be quiet about our suffering lest we upset the fantasy of what a perfect woman and a strong mother should be.

Women who share their stories of infertility, difficult pregnancies, miscarriages and infant losses publicly threaten what many have been conditioned to view as the unofficial rule of pregnancy: Do not tell anyone you are pregnant until after the first 12 weeks when the probability of a miscarriage is highest, and if you do have a miscarriage, it's purely a personal choice to share the news.

To avoid sharing the news too early, or in Teigen's instance too late, is to hide the possibility, the danger of life's uncertainty from the rest of us, because looking at such a tragedy might be too much to bear. Sharing grief is part of the healing process, and yet far too many families face a societal coldness, or in the case of Teigen, a certain sort of grotesque disdain, during this vulnerable time.

The news forces us to see that babies are people, and all people will meet death at the end of the course of their life cycle. In some cultures and faiths, talking about a baby before birth or after a loss is seen as almost an invitation for death, as if it is something the parents can control if they just do or say the right thing.

Despite years of experience and all of my training, I still feel a tiny jolt of fear almost every time I get one of these calls. I get anxious about saying the right thing when a client tells me about yet another loss, and how to best hold space for them as they process what can be a wide range of emotions. There is a deep trust and intimacy inherent in being called soon after a client learns that they are pregnant before the majority of their family even knows. They are excited and full of questions about birth. They are also scared, with many wondering what to do if bleeding should start again.

In some cases, I get to support and bear witness to a birth after a miscarriage or a stillbirth, what we call a "rainbow baby," since rainbows come after storms. They invite me in, and I say yes to walking with them no matter what happens, as Our Lady and St. Elizabeth did for each other all those centuries ago.

I admire women who share their stories of infertility, difficult pregnancies, miscarriages and infant losses on social media because it gives other families the permission to do the same, to grieve publicly the way we would any other human tragedy. I don't give parents a reason "why" this happened because there are unknowable mysteries in life, and often tragedy is just that.

The Catholic faith allows room for memorialization and celebration of these lives, no matter how short they may have been. As Catholics, we have a unique religious framework to support these families free of judgment, for we always have a reason for hope even in the face of great suffering.

As more women like Teigen share their stories, my greatest hope is that one day their experiences will not be shrouded in secrecy and we will all collectively understand that it is a privilege to walk with these families, together in both joy and grief.

[Rebecca Christian is a writer, doula, and lactation counselor in San Diego. Her practice can be found at fiatdoulaservices.com.]

A version of this story appeared in the Dec 11-24, 2020 print issue under the headline: As a Catholic doula, I walk with women in joy and grief.