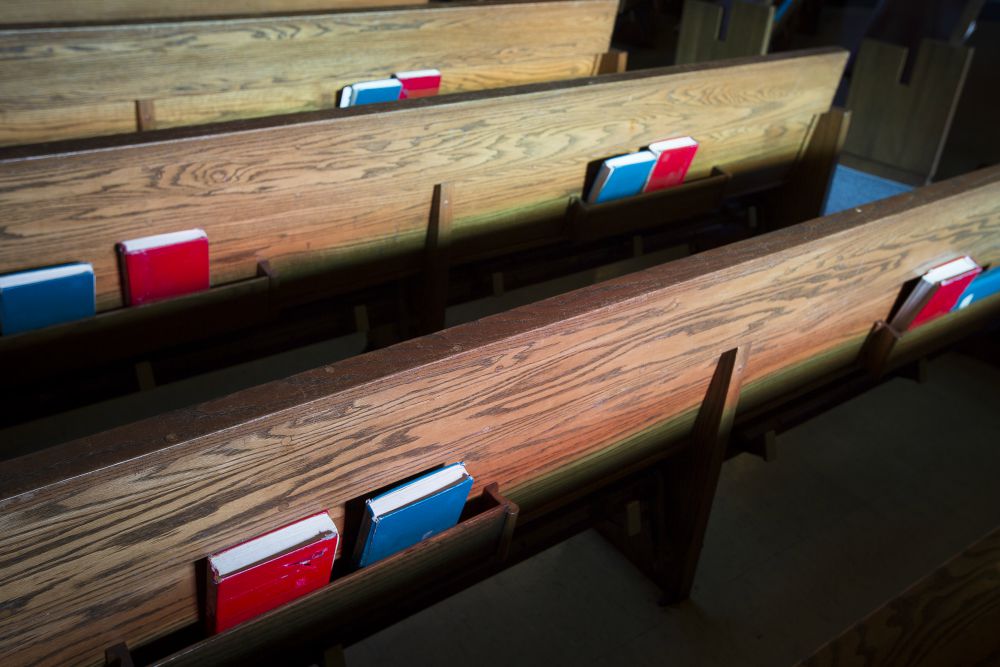 If there ever was a time for a demoralized Catholic to pack it up, head to the nearest Episcopal church and declare himself a refugee from religious malpractice, the most recent round of clergy sexual abuse scandals would seem ample justification.

As the Pennsylvania grand jury report discloses in painful detail, the institutional evil and brazen culture of cover-up that allows predators to abuse with impunity befouls the air like a mobster's cigar. The Mafioso analogy might seem overwrought, but omertà — the Mob's code of silence about criminal activity — feels like an apt description in this case. The Pennsylvania grand jury, after consultation with the FBI, described the way church officials acted as "a playbook" for concealing the truth.

I've been asked by friends who aren't Catholic, and some former Catholics over the years, how a progressive could stay in a church that doesn't allow gay people to marry or how I could be part of a patriarchal institution that refuses to ordain women.

I sputtered out answers that were likely insufficient, not logically airtight, and probably unacceptable for some. For me, and I would guess for many Catholics, the church is not like a political party's platform that you parse for complete alignment with your preferred ideology or policy goals. My faith is more naturally compared to the complicated bonds of family and tribe, a place where you feel most at home even when the people in your own living room sometimes drive you mad.

Questions about my Catholic identity are becoming harder to answer in recent weeks. How could somebody choose to associate with a church where the words predators and cover-up are now commonplace in headlines?

Of course, the abuse crisis isn't new. The National Catholic Reporter was chasing down the story almost two decades before The Boston Globe broke its bombshell investigations in 2002.

I've lost trust in some bishops and cardinals. I still believe in the people of God.

Nevertheless, the latest revelations about former Cardinal Theodore McCarrick — the first American cardinal in history to resign from the College of Cardinals — and the news that 300 priests in six different Pennsylvania dioceses abused at least a thousand children, feels different. No longer is there any doubt about the scale of this systemic evil. If what took place in Boston wasn't the norm, the details from Pennsylvania also prove it wasn't an aberration or isolated.

While it's true that most of these abuse cases occurred years ago, and the U.S. bishops' implemented a Charter for the Protection of Children and Young People in 2002 that helped significantly reduce the number of abuses in recent years, this has been a summer of anguish for Catholics.

The church feels at a breaking point.

In the middle of Mass last Sunday, a father in Georgia stood up with a searing question for his priest that reverberates far beyond one parish: "I have a son. He's going to make his first Communion. What am I supposed to tell him?" This is a question and a haunting lament. About 5,000 Catholics, including theologians and scholars, have signed on a statement calling on every bishop in the country to resign. The poetry of William Butler Yeats comes to mind: "Things fall apart; the center cannot hold."

So why am I still Catholic?

The church has always been a flawed, sinful, human institution filled with darkness and light. In part, I go to church these days to grapple with those contradictions, to find healing in the Eucharist and strength standing next to my fellow weary travelers.

I like to imagine those who became improbable saints — the Christ-denying Peter and the persecuting Saul who found redemption as Paul — looking down and reminding me that Jesus never abandons us, especially in our darkest hours, even when we don't know the way home. I refuse to let the church I love, still filled with grace, be handed over to men who abused children, abused power and defiled the sacred.

The writer James Baldwin remarked that he loved this country so much that he insisted on the right to criticize it perpetually. I feel the same way about the Catholic Church. I've lost trust in some bishops and cardinals. I still believe in the people of God.

While some of our captains who wear those pompous hats and expect to be called "your eminence" have steered the ship badly off course, those of us down in steerage class are the reason the ship hasn't completely sunk. We journeyed too long and weathered too many storms to let this vessel crash on rocks without a struggle.

I'm probably writing this as a form of therapy. I'm piecing words together to form some order amid the chaos, trying to remind myself that the best lights that illuminated my path came from the same church that now seems shrouded in darkness. Catholic nuns who taught me about justice and dignity. Jesuit priests who taught me to pray and discern and think. Franciscans who reminded me that the grandeur and glory of God can be reverenced in a forest as much as any cathedral.

I'm grateful to those I never met but who are spiritual teachers: Flannery O'Connor, Dorothy Day, Thomas Merton. I want to summon all of that goodness and wisdom and spirit. I need it as medicine for healing. Fuel to keep believing. So with all those companions, living and dead, I will keep showing up. Together, we might rebuild our church again.