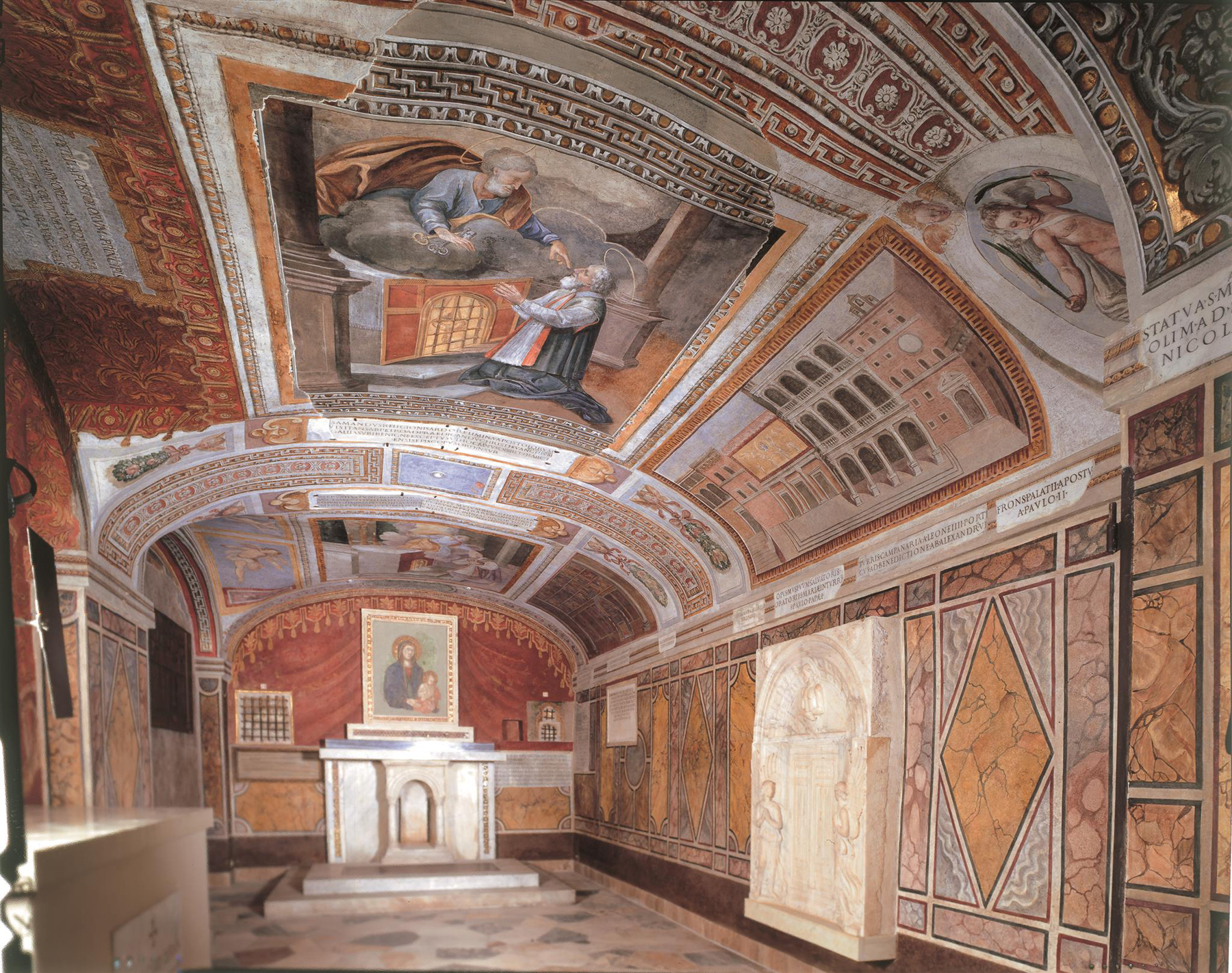 Czech Cardinal Josef Beran, who made a landmark speech about religious freedom at the Second Vatican Council, was forcibly exiled to Rome in 1965 after being detained at the Nazi's Dachau prison camp and being persecuted by communists for 17 years. The Vatican is preparing to transfer his remains from the Chapel of the Bruised Madonna, seen here, in grottoes under St. Peter’s Basilica. The transfer of his body is meant to honor his final dying wishes 50 years ago to be buried in his home nation. (CNS /courtesy of the Fabbrica of St. Peter's and the Knights of Columbus)

In his last will and testament, a cardinal exiled to Rome, who survived the Nazis' Dachau prison camp and 17 years of communist persecution, requested to be allowed back home to Czechoslovakia for burial.

But as Cardinal Josef Beran -- ill with cancer -- wrote down his wishes, it never occurred to him that the hostility against him by communist officials was so great; they not only denied him the right to return while alive, they would not even want him back dead.

"That's why, even after his death in 1969, he couldn't go home," Pavel Vosalik, Czech ambassador to the Vatican, told Catholic News Service Jan. 17.

"He was such a gentleman, he couldn't imagine their hatred was so deep," he said, which meant the cardinal's written request went unanswered for so long and was almost forgotten.

Now, nearly 50 years later, the former archbishop of Prague and symbol of heroic resistance against totalitarianism is finally going home. Pope Francis recently approved a request by the cardinal's relatives and the current archbishop of Prague, Cardinal Dominik Duka, to remove and permanently transfer Beran's casket from the grottoes under St. Peter's Basilica.

But it was a difficult decision that not all Czechs wanted to embrace, Vosalik said.

Beran is just one of three cardinals to have been given the honor of being buried in a sacred space normally reserved just for popes, close to the tomb of St. Peter.

Also, as the only Czech buried there, his presence underlined the esteem and admiration he enjoyed with Blessed Paul VI, who had held the dying cardinal in his arms and had him buried in the grottoes' Chapel of the Bruised Madonna.

"This gesture was extremely generous and showed enormous respect. We were very proud of it, that our cardinal was among the popes," Vosalik said.

"But in my opinion, Pope Paul was paying tribute at a time when our country wouldn't. It was meant to be an honor for the cardinal, not the nation, and I am sure we need to respect his will," he said.

While it is not unheard of for relics or mortal remains to be moved from one part of the grottoes or basilica to another, it is the first time they will see a permanent removal, said the archpriest of the basilica.

"I've been here 13 years, and this has never happened," Cardinal Angelo Comastri told CNS. In fact, he and Vosalik are still coordinating all the details involved in some unfamiliar procedures, which will have to follow both standard consular protocols and church law.

"We are trying to learn" on the job, Vosalik said.

Comastri said that sometime in April, the white stone tomb will be opened so the remains can arrive in time for the April 23 feast day of St. Adalbert -- missionary, martyr and patron saint of the Czech Republic.

Because just the outer tomb and not the casket encasing the body will be opened, they will not have to follow the updated rules regulating the recognition and verification of relics or the mortal remains of servants of God, he said. Cardinal cause for canonization was begun in 1997, and being named a servant of God is one of the steps toward sainthood.

The ceremony in the chapel will be very private, Comastri said, with just a few participants, including himself, two members of the Congregation for Saints' Causes, and most probably the Czech ambassador and delegates from Prague.

While the tomb will be demolished, a plaque will be put up in the chapel honoring "with much veneration" the place where the cardinal had first been laid to rest, Comastri said.

Then-Father Beran was one of more than 2,500 priests imprisoned in Dachau. He spent three years there, nearly dying of typhoid, until U.S. forces liberated the camp in 1945. Pope Pius XII named him archbishop of Prague just a year later, but a communist regime took control of Czechoslovakia in 1948, imposing harsh restrictions on the church and seizing property. The archbishop condemned the creation of government-approved church organizations and proclaimed, "the Catholic Church should enjoy the absolute freedom" that is both a God-given and constitutional right.

Repeatedly outspoken, he was essentially silenced and distanced from Czech society, with house arrests and imprisonment. He pleaded with the pope to accept his resignation, but instead Blessed Paul VI invited him to Rome make him a cardinal in 1965 and to take part in the fourth session of the Second Vatican Council. The cardinal-designate accepted the offer, knowing the communist government would never let him return.

At the council, he gave a landmark speech urging the fathers to be as strong and clear as possible on freedom of conscience in their Declaration on Religious Freedom. In his talk, he lamented the burning of heretics and the forced conversions to Catholicism in his country's history, and he upheld the call for church independence from the state.

Vosalik said he believes taking Beran back to Prague "will bring more interest to his story" because, with his exile in 1965, "there are two generations for whom he does not exist" in the Czech Republic.