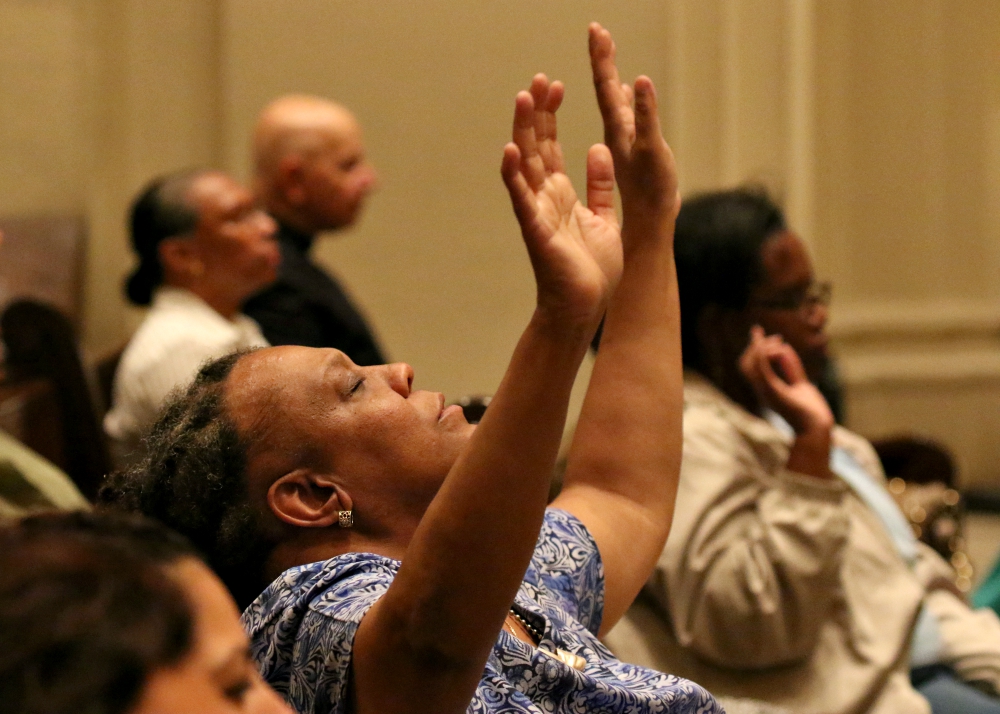 A woman prays during a Mass for solidarity and peace Aug. 24 at St. James Cathedral Basilica in Brooklyn, New York, The liturgy was held in response to the violent and deadly white supremacist demonstrations in Charlottesville, Virginia, earlier in the month. (CNS/Gregory A. Shemitz)

If white supremacists and neo-Nazis thought their antics in Charlottesville, Virginia, would further divide Americans, they were wrong.

Two groups that have sometimes been pitted against one another — African-Americans and Latino Americans — have instead come together to issue a joint condemnation of racist and anti-immigrant sentiment and actions in recent weeks.

Black and Hispanic Catholic theologians "stand in solidarity as one body, with one voice to condemn the systemic violence, racism and legitimized hatred that diminish the integrity of the United States of America," said a statement released Sept. 4. "We call for a united front of human dignity and civil rights for all who call these United States home."

"This is a time that our communities need to come together to provide a larger witness and a larger platform," said Neomi DeAnda, assistant professor* of religious studies at the University of Dayton and vice president of ACHTUS. "Coming together is a way to speak out against this and create change together."

ACHTUS represents 150 members, while the Black Catholic Theological Symposium has 50.

The statement is not the first time the two theological organizations have come together. The two groups met jointly this past summer on the topic of incarceration and detention.

"There's an African proverb that says, 'One stick will break, but a bunch of sticks together is harder to break,' " said C. Vanessa White, assistant professor of spirituality and ministry at Catholic Theological Union in Chicago and a past-convener of the Black Catholic Theological Symposium.

"Our individual voice would have been valuable, but the power and witness of our shared voices is stronger," White said, adding that the collaboration is the outgrowth of relationship-building between the two groups over the past several years.

The statement says the theologians were motivated by recent events, including President Donald Trump's pardoning of former Arizona sheriff Joe Arpaio and the battle over a "sanctuary cities" law in Texas. It was coincidental that the statement was released just as the Trump administration announced the rescinding of the program for immigrants brought to the United States illegally as children, known as Delayed Action for Childhood Arrivals, or DACA. 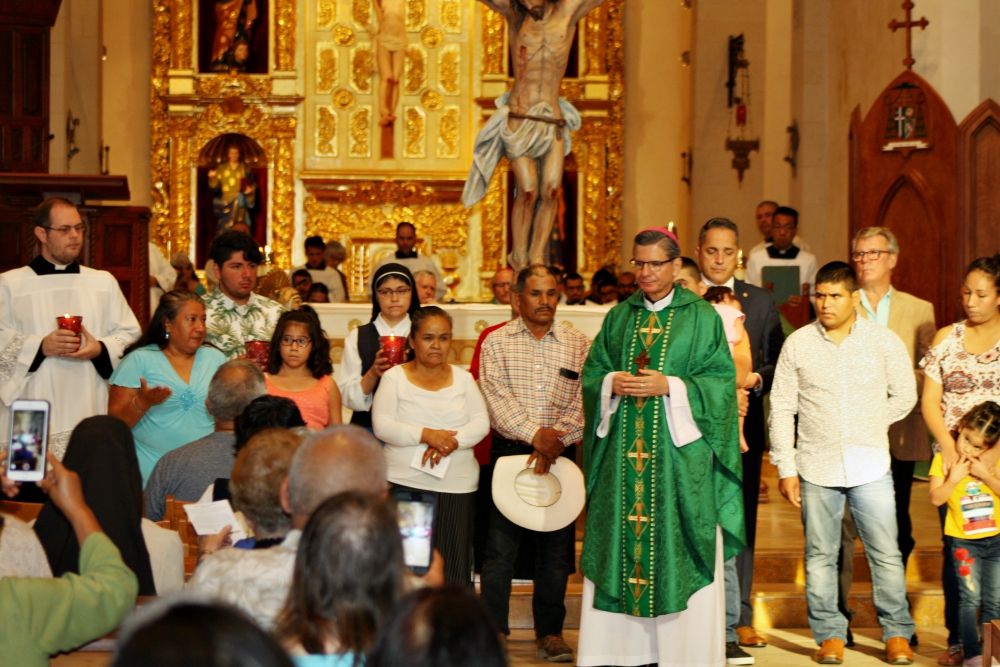 "There is a virulent form of white supremacy that is targeting a number of groups, obviously immigrants among them," said Jacqueline Hidalgo, associate professor of Latina/o studies and religion at Williams College in Williamstown, Massachusetts, and ACHTUS president-elect.

The theologians also express solidarity with "black and brown folk, immigrants, Muslims, Jews, LGBTQ and any other group persecuted and regarded as 'less than' by the myth of white supremacy in all its expressions," according to the statement.

"This statement makes clear who we stand with and what we stand for," Hidalgo said.

The groups' members commit to "being prophetic voices for justice and peace by condemning violence, denouncing the sins of hatred and retrieving the redemptive nature of the cross as a way toward a common good," according to the statement.

They will also join actions of resistance and solidarity, practice self-care and construct theology "deeply grounded on the Incarnate love of God."

Organizers hope the statement is taken into classrooms and disseminated widely, including in parishes, dioceses and on social media.

"We want this to get into the hands of the people in the pews," said Shawnee Daniels-Sykes, a School Sister of Notre Dame, secretary of the Black Catholic Theological Symposium and associate professor of theology at Mount Mary University in Milwaukee.

She has been talking about contemporary examples of racism and other hate-based violence in classes already this semester. "If we don't have healthy conversations about what's happening, then we're not doing our job," she said.

DeAnda hopes Catholics see that working together helps not only the cause, but also individuals. "If we reach out beyond ourselves, we can learn from one another in the process," she said. "It's important to join in action, but also in just listening, being present and supporting one another."

*This story has been updated to correct DeAnda's title.