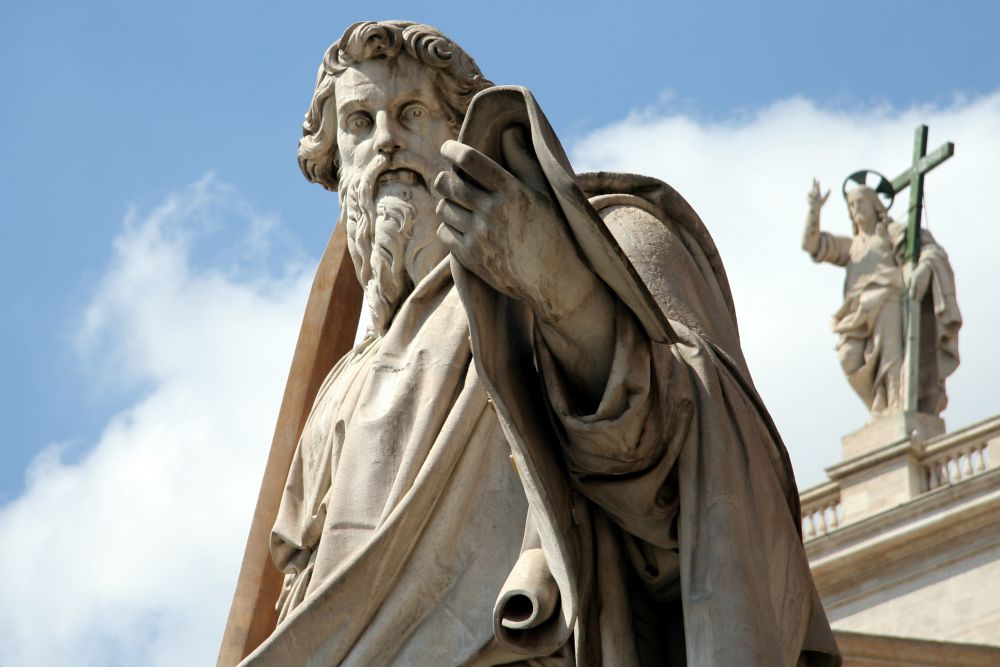 Statue of St. Paul, installed in 1847 at front of St. Peter's Basilica at the Vatican, pictured in 2006. (Wikimedia Commons/AngMoKio)

While the U.S. bishops were on retreat at Mundelein Seminary north of Chicago, a group of Catholic historians were gathering in the city's downtown for their annual academic conference. In both places, the sex abuse crisis was on people's minds.

Although the American Catholic Historical Association (ACHA) meeting included presentations on various things like the great Chicago Fire of 1871 and Pope Pius IX, the attendees — who by definition are usually focused on the past — were very much thinking and talking about the present crisis and what the future might bring for the church.

"I think it dominates many Catholic historians' minds these days," said Brian Clites, associate director of the Baker-Nord Center for the Humanities at Case Western Reserve University in Cleveland, where he also teaches religious studies.

Clites, who is writing a book on the history of clergy sex abuse survivor movements, is one of a growing number of historians who are studying the issue overtly. But others — especially those who focus on the 19th and 20th centuries — believe their work can provide insights about the current crisis, as well as a needed corrective to inaccurate histories being presented by non-experts. 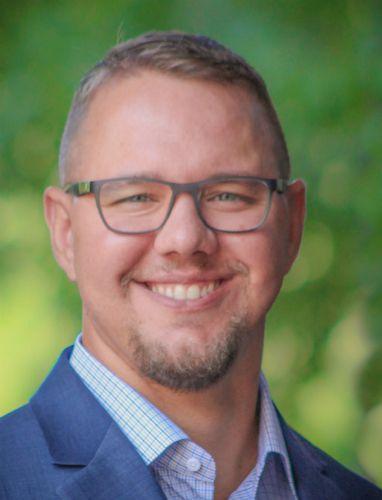 "Historians are professionally equipped to deal with the long view," said William Cossen, who teaches at the Gwinnett School of Mathematics, Science, and Technology in Lawrenceville, Georgia.

Clergy sexual abuse "isn't a brand new phenomenon; it doesn't come out of nowhere," said Cossen, who organized a last-minute panel on "A Church in Crisis: Catholic Sex Abuse in Historical Context" at the American Historical Association convention, which met in conjunction with the Catholic historians' group Jan. 3-5.

The panel explored how historians can help the church more effectively use the lessons of the past, especially around issues of power and authority in the church, to pursue justice and reform in the present. It also encouraged other historical scholars to help put the church's crisis in a broader context.

"We don't have to come up with brand new solutions to these issues. We already have tools for dealing with this," said Cossen, who has written about the need for lay oversight in the church. "It's not our theology or belief system that led to sex abuse, but the strongly institutional culture that 'circled the wagons.' "

A seminary system that separates priests from the rest of the community also contributed to the culture that encouraged cover-up, said panelist Catherine Osborne, who studies architecture and other historical issues of "space and place."

Such separation led to seeing the interests of fellow priests and the institution as more "fundamental" than those of victims, Osborne told NCR. "Once you have 'othered' a people, what you do to them matters less."

Osborne and other historians cautioned about a lack of historical accuracy or depth in much of contemporary discussion of the crisis, with some commentators blaming the church's official adoption of celibacy for priesthood in the 12th century and others rooting the problem in the permissive sexual mores of the 1960s. Neither of those explanations — often flowing from ideological beliefs — is supported by historical evidence, scholars told NCR.

Historians can give a solid historical perspective, said Massimo Faggioli, professor of theology and religious studies at Villanova University in Philadelphia. "We need to know more about how the institution works, not how it's supposed to work, but how it is and how it has worked in history." 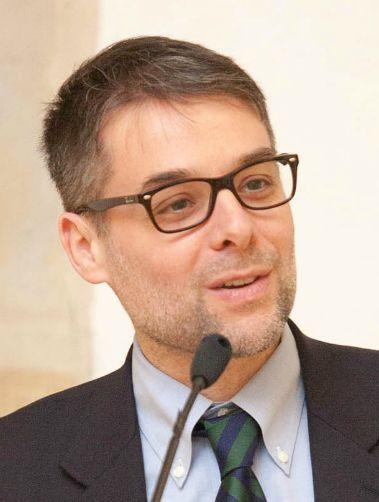 To do that, historians may look at other major crises in church history, especially those that included corruption of the clergy, said Faggioli, who is teaching an undergraduate course on the history of the sex abuse crisis this semester.

But commentators should not be too quick to call the crisis "the next Reformation," said Clites. "You don't hear that from too many historians of the Reformation."

Historians can also bring deeper insight into the way Catholic culture and social structures have sometimes permitted abuse, said Sandra Yocum, associate professor of religious studies at the University of Dayton. "I'm not sure we Catholic historians have done enough of that," she said.

Catholic historians are divided — and the evidence is not clear — about how far back the crisis goes. All agree sexual abuse is as old as time, but whether it has been endemic in the Catholic Church is debatable.

A lack of written evidence from the church's earlier history — in part, due to likely denial, suppression and self-censorship — has prevented an accurate analysis, though Osborne thinks more could be done to mine court records, bishops' correspondence and other sources. Survivors' oral testimonies and the emerging grand jury reports are providing contemporary evidence for scholars.

One side effect of today's crisis is the need to rethink previously accepted beliefs about Catholic history, particularly the story of "institutional triumph" in American Catholicism.

"Things look different," said Osborne, who likes the Boston Globe's image of the spotlight: "It shines a bright light on a specific thing, but also illuminates other things in the vicinity," she said. "It's going to take a while to retell at least the history of the 20th century in a way that takes into account the things we now know about sexual abuse." 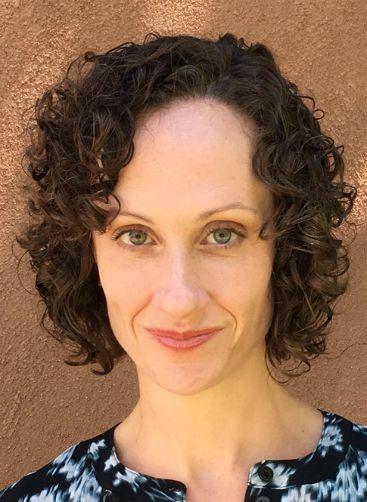 Historians must "dismantle" some of those previous narratives, even as they struggle to think about the right "critical tools" to bring to their work, said Kathleen Holscher, associate professor of American studies and religious studies at the University of New Mexico in Albuquerque.

Discussion of the crisis as a predominantly urban, East Coast story that centers on the trauma of white victims is not supported by the historical evidence, said Holscher, who has analyzed the per capita rates of publicly alleged abuse in U.S. dioceses.

Boston and Philadelphia are not at the top of the list, she said. Instead, rural, Western dioceses such as Fairbanks, Alaska; Helena, Montana; and Spokane, Washington, have the highest per capita rates, she said. All three include Indian reservations or mission schools.

"You cannot understand the crisis in the places in this country where it was arguably the worst without thinking about issues of race and colonialism," said Holscher, who is the new president of the ACHA.

Also needing to be revised is historians' understanding of the Second Vatican Council as a time of "openness" in the church. The peak number of abuse incidents occurred in the immediate aftermath of the council by priests who were formed in the 1940s and '50s, according to the John Jay study on the nature and scope of abuse, which was commissioned by the U.S. bishops in the early 2000s. 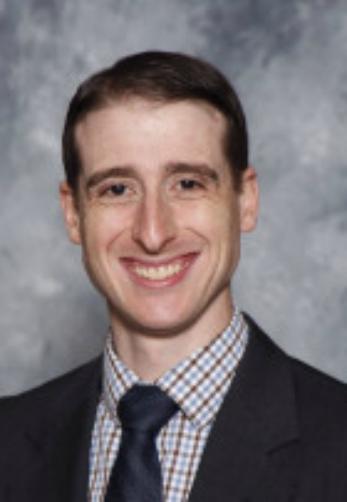 "We need to acknowledge that some of the bishops who are among the most celebrated as Vatican II reformers are also now, as we know, part of the hierarchy that concealed [abuse] or were purposely silent," Holscher said.

Cossen also said he and other scholars are re-examining whether so-called "convent tales" of 19th-century abuse of religious women — previously seen as anti-Catholic hoaxes — might contain some credible allegations.

Without such questions, historians could be seen, 100 years from now, as "aiders and abetters" of abuse, he said.

But usually it is not until decades or centuries later that historians come to a consensus. Few of the historians at the conference were willing to make predictions about the future, but several echoed the need to search for the truth.

"We're still in the middle of something … a kind of reckoning," said Holscher, adding that historians' work requires "some careful negotiations of past and present."

Historical work cannot rush to judgment, said Faggioli. "It can be frustrating, but I don't think there are shortcuts," he said, acknowledging that law enforcement and others need to move quickly.

"But if you want deep truth, intellectually as a church we should be ready for a long period," he said, "although, in some cases, it may give us some surprises."

A version of this story appeared in the Jan 25-Feb 7, 2019 print issue under the headline: Historians take 'long view' on Catholic sex abuse crisis.