For decades, Catholic organizations investing their assets were guided by a set of principles defined by "thou shalt-nots." They avoided investments in organizations that manufactured or were linked in other ways to products like abortifacients, alcohol, tobacco, pornography and other morally fraught enterprises.

But now some entrepreneurial leaders in the Catholic investing community are encouraging a different approach: investing in industries or nonprofits making a positive difference. These include fields like clean energy generation, sustainable agriculture, economic empowerment of the poor and other ventures to promote social change.

"Instead of trying to do no harm, you're trying to invest in such a way that you're promoting something that you think is constructive," said Oblate Fr. Séamus Finn. In addition to running the Faith Consistent Investing program for the Oblate Investment Pastoral Trust, Finn chairs the Interfaith Center on Corporate Responsibility, a coalition of more than 300 faith-based institutions.

Advances in technology have also made impact investing a lot less labor-intensive than it was in the past, he added. It's easier to access data, he said, combine information across geographical regions and analyze it.

Impact investing has broadened the choices available to financial managers, attracting attention both from faith-based groups and secular organizations like pension funds and big financial sector players like Morgan Stanley. 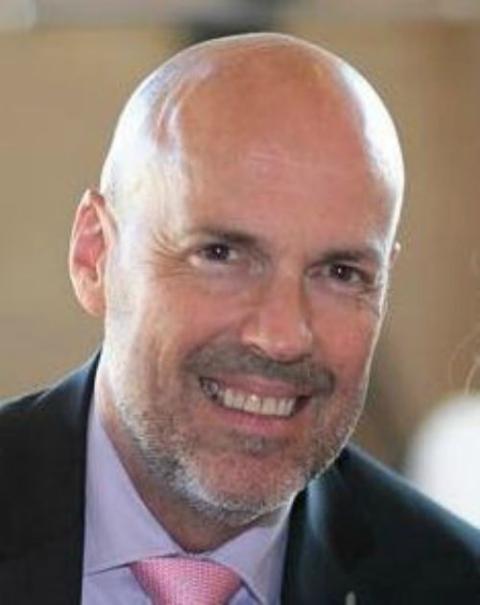 "We are investing in ways that can generate market rate returns. We are in close alignment with secular groups who care about improving the quality of life, and about care of creation," said John O'Shaughnessy, chief executive officer for the St. Louis-area Franciscan Sisters of Mary, and founder of the Catholic Impact Investing Collaborative (CIIC).

Together, said O'Shaughnessy, the group, which now has a global footprint, manages over $50 billion in assets.

This past fall, six of the bodies associated with CIIC, hoping to inspire other Catholic organizations, signed on to a pledge to promote investments with a social mission focus. More signer announcements are anticipated this year.

Colleagues like Mercy Investment Services CEO Bryan Pini credit O'Shaughnessy and his employer with an intentional approach to impact investing that set a high bar for other interested organizations.

While few of the sisters in the Franciscan Sisters of Mary community, all over 60 years old, are still engaged in active ministry, they are not interested in having their assets sitting in a legacy investment fund, said O'Shaughnessy, who has worked with the order for almost three decades.

Ten years ago, "we looked at our investment policy and felt like we weren't living the way we should in terms of mission alignment," said O'Shaughnessy.

"As a congregation whose membership has aged, we are small in number, but we want to live life to the fullest at this point in time, even though we cannot be out there [ourselves]," said Franciscan Sisters of Mary President Sr. Judith Bell. "No sense taking that money to the grave."

Over the past year, she said, they have decided to focus assets more intensely on local initiatives, including those that address issues like access to food in "food desert" communities, and local environmental justice initiatives.

The activist approach to philanthropy and investment wouldn't have been possible without the innovative work of Franciscan Sisters of Mary members long gone, who insisted that they be paid the same salary as laypeople for their work in the healthcare field, said Bell. "We are blessed by women who made sacrifices and had the acumen to be financially stable, while, at the same time, supporting organizations through collaboration." 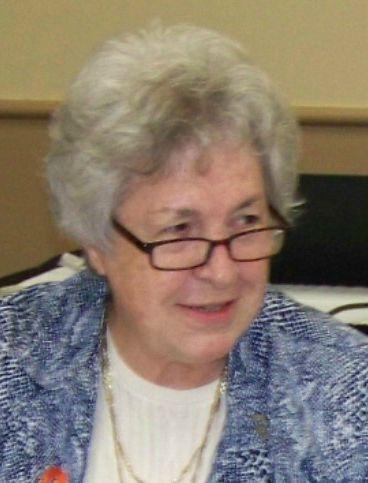 Since 2013, this community of sisters has committed 15% of their investments to domestic and international projects that support funds, and in some cases companies, active in addressing environmental and social problems. Later they added a climate solutions fund and divested from any funds or companies that profit from fossil fuels.

While its policy is not to invest in anything contrary to traditional Catholic values, Ascension Investment Management was an "early adopter" of seeking out "investments that we feel further a Catholic mission on social or environmental considerations, but also have the potential to provide a financial return for a portfolio," said Jessica Cook, managing director of business development for the organization. Ascension Investment Management manages the assets of the nonprofit Ascension Health — a healthcare system sponsored by the Daughters of Charity, Province of St. Louis, Sisters of St. Joseph of Nazareth, Congregation of the Sisters of St. Joseph of Carondelet, Congregation of Alexian Brothers, and the Sisters of the Sorrowful Mother.

Advances in clean energy and other environment-focused industries have provided promising opportunities for investors seeking a healthy market return, said Pini, the Mercy Investment Services CEO. "But what we find is, from a market rate perspective, there is this intersection of 'do the right thing' and 'make money' in the environmental side."

Other sectors have been slower to develop, he added.

The CIIC offers impact investors a venue in which to share information about potential projects and brainstorm over future actions, he added. Pini is also bullish on the possibilities of collaborating with secular funds that may have more substantial assets and possibly greater clout.

"It's such an exciting moment," said Seth Green, director of Loyola University Chicago's Baumhart Center Social Enterprise and Responsibility. "It's a transformation in the way people see their work, the way they grow their money to better the world." 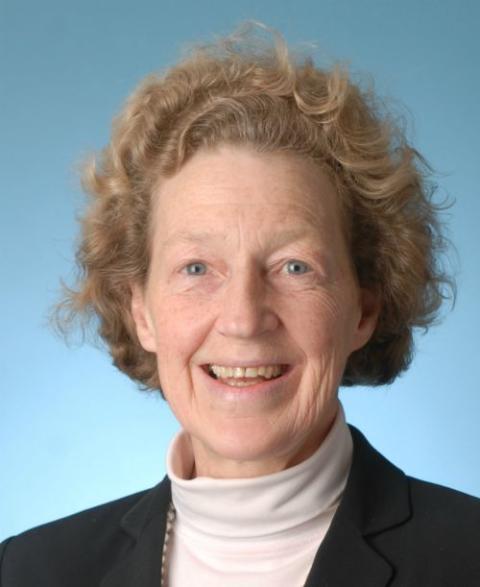 The change in strategies is also being fueled by millennials, who are driven by their desire to align their values with their investments, he said. "They have really brought integration between values and business, and it's reshaping our economy."

These proactive principles, particularly the emphasis on engaging companies on social policy, aren't brand new. In fact, they were long inherent in Catholic practice, according to Pat Dinneen, a longtime Catholic Relief Services donor, volunteer and board member. She is senior advisor at the Emerging Markets Private Equity Association, where she serves as chair of its Impact Investing Council.

But in recent years, people of faith have begun to recognize the potential for social change, she added, crediting forward looking members of religious orders for having led the way.

"If you really respect the dignity of the human person, in addition to giving them food and shelter, you empower them to help build businesses so that they can eradicate the root causes of poverty."

The 1986 encyclical by the United States Conference of Catholic Bishops, "Economic Justice for All" encourages direct community investment: In 2003, the USCCB offered a set of investment guidelines.

Catholic Impact Investing Collaborative participants credit Pope Francis, and particularly the 2015 encyclical "Laudato Si', on Care for Our Common Home" with providing a boost to investors concerned with promoting a more positive approach to managing their financial assets.

In 2014, the Vatican inaugurated a conference focused solely on impact investing. Based in Rome, and co-sponsored with Catholic Relief Services, the biennial gathering, last held in 2018, has addressed topics often mentioned by the Francis, including climate change, refugees, the welfare of the poor, and global health.

Francis, who spoke to participants at the initial meeting, is known to be a fan of this approach to confronting pressing global challenges. 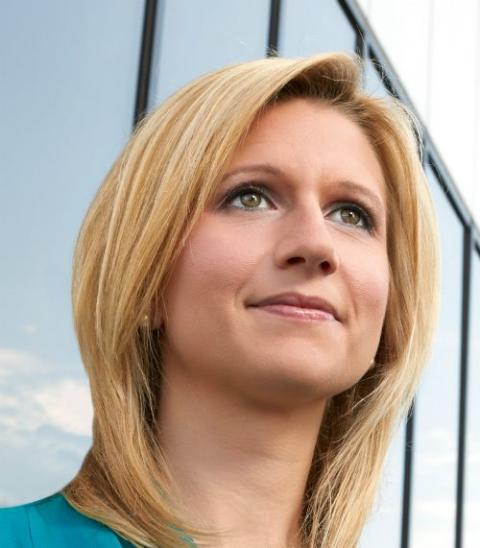 "His writings, speeches and leadership caused everyone to take a much harder look at what they are doing with their investments," said Pini.

Next September, CIIC members and others engaged in impact investing nationally and abroad are expected to gather for a summit conference at Loyola University's School of Business in Chicago.

O'Shaughnessy recently returned from a trip to the Vatican, where he hoped to establish a more formal connection between the work the global arm of the church is doing on impact investing and CIIC, still mostly based in the United States. Upon his return, he was enthusiastic about possibilities for future collaboration, including participation at the fall summit by a Vatican official.

His community of investors, he said, are those who find themselves aglow with enthusiasm for this still relatively young movement.

"This is another way to do Catholic ministries in the world: using our financial resources to drive social change. There's a huge amount of excitement building among people when they see what's possible."

[Elizabeth Eisenstadt Evans is a freelance religion writer in the Philadelphia area.]