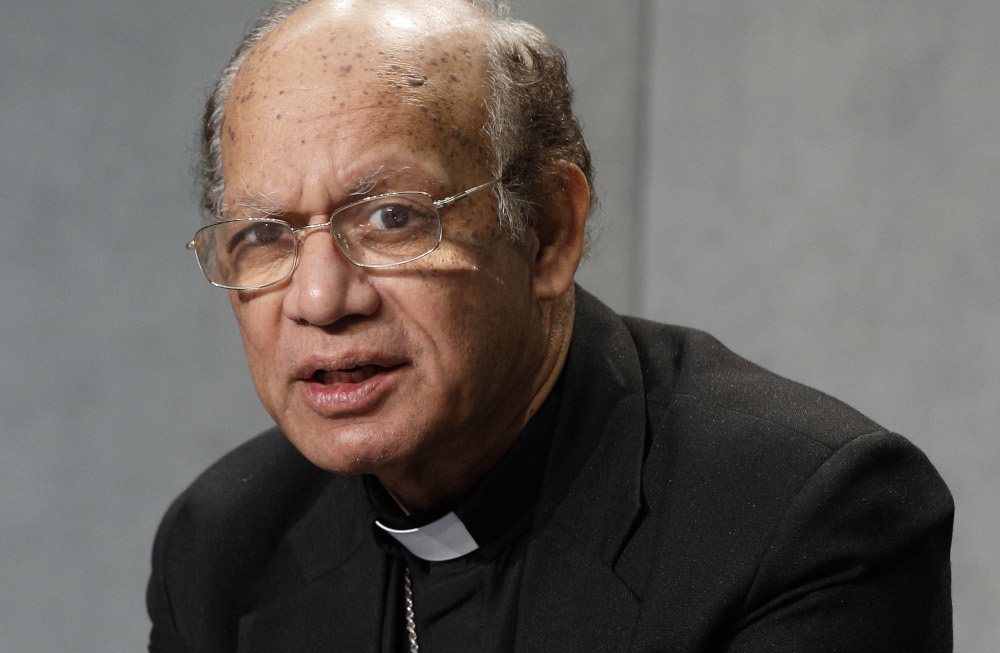 Cardinal Oswald Gracias of Mumbai, India, attends a Vatican news conference in this Oct. 26, 2015, file photo. A court in western India has initiated an investigation into whether Gracias and two of his auxiliary bishops failed to take action over the alleged sexual abuse of a minor. (CNS/Paul Haring)

A court in western India has initiated an investigation into whether Cardinal Oswald Gracias of Mumbai and two of his auxiliary bishops failed to take action over the alleged sexual abuse of a minor.

There has been a claim that the trio did not implement disciplinary measures or report the crime to police, reported ucanews.com.

On May 21, a special court dealing with such cases asked police to investigate the role of the cardinal and his auxiliaries, Bishops Dominic Savio Fernandes and John Rodrigues.

"We welcome the police probe," said Fr. Nigel Barrett, archdiocesan spokesperson. "We have nothing to hide."

He said church authorities had been intending to report the matter to police but the victim's parents did so first.

After a complaint from the victim's parents, police arrested Fr. Lawrence Johnson, 55, Dec. 2, 2015, and charged him with engaging in "sexual activities against the order of nature" with a 13-year-old boy. Police also charged him with violating several sections of the country's Protection of Children from Sexual Offenses Act.

The priest remains in custody while the cases against him are heard.

The child's father alleged that church authorities, despite having knowledge of the crime, concealed it and did not act against the accused.

A section of the POCSO Act provides for a maximum jail term of one year for any person in charge of an institution who fails to report to police an alleged sexual offense by a subordinate against a minor.

The archdiocesan spokesperson, in a detailed note, said the cardinal removed the priest from office Nov. 30, 2015, as soon as he came to know about the complaint, and initiated a church investigation.

"The cardinal tried to console the parents," Barrett said.

The cardinal was to leave for Rome that same night, so he asked Rodrigues to deal with the matter. Barrett said the cardinal called his auxiliary from Rome as soon as he landed to inquire about informing the police.

At that time, Rodrigues told the cardinal that the police had been informed by the family the previous night, Barrett stated.

A senior priest of the archdiocese along with an animator from the parish met the father of the boy at their home in a bid to ascertain how they could be of help to him or the child, but were purportedly told there was no need.

Church people also offered medical help and counseling, but the victim's father was said to have thanked them and declined the offer.

"Many other attempts were made to reach out to the victim, but the family declined any help," Barrett said.

He told ucanews.com that archdiocesan lawyers are studying how "suddenly a new angle is given to the already 4-year-old-case."

According to the lawyers, there has been no direct court order against the cardinal or the other bishops, only a direction to the police to look into the father's allegations.