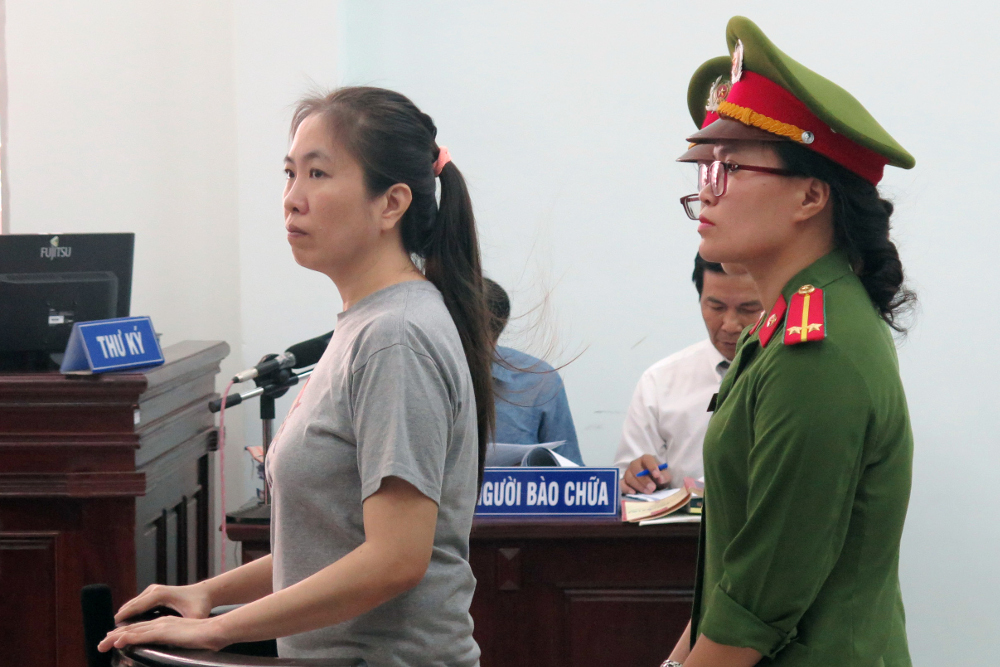 Vietnamese blogger Nguyen Ngoc Nhu Quynh, who is known as "Mother Mushroom," stands during her trial June 30, 2017 in Nha Trang. The prominent Catholic blogger and activist ended her two-week hunger strike in a Vietnamese prison after she met with visiting U.S. diplomats, local bloggers reported. (CNS/Vietnam News Agency via EPA)

A prominent Catholic blogger and activist ended a two-week hunger strike in a Vietnamese prison after she met with visiting U.S. diplomats, local bloggers reported.

Nguyen Ngoc Nhu Quynh, 39, stopped her strike after the visit July 23, ucanews.com reported, after the Network of Vietnamese Bloggers released a statement July 25.

The bloggers said Quynh, who is known as "Mother Mushroom," appeared "very tired but was of sound mind after she was on hunger strike for 16 days."

Quynh in June 2016 began serving a 10-year jail sentence for publishing anti-government writings and fighting for prisoners of conscience. She began her hunger strike on July 6 to protest being mistreated at a prison camp in the northern province of Thanh Hoa, about 745 miles from her home in Khanh Hoa province.

The mother of two has undertaken hunger strikes three times to protest mistreatment, including food poisoning, since she was moved to the camp in January from Nha Trang, her hometown.

The bloggers said they have called on foreign embassies in Vietnam and international human rights organizations to visit Quynh in the prison as a way of pressuring the state.

The bloggers said European Union representatives already have asked the government whether they can visit Quynh. It is believed that the government has yet to reply to the request.

Quynh had criticized the government's human rights abuses and corruption. She investigated and published widely on environmental protection, public health, correctional reform and anti-torture efforts. She also was critical of Vietnam's foreign policy toward China over disputed islands in the South China Sea.

The Sweden-based Civil Rights Defenders last year described her arrest and ongoing detention "as nothing more than persecution against her courageous defense of human rights."

"Vietnam seems to be contending for the title of one of Asia's most repressive governments," said Phil Robertson, the organization's deputy Asia director.

During the first seven months of 2018, the government convicted and imprisoned at least 27 rights bloggers and activists under various laws.