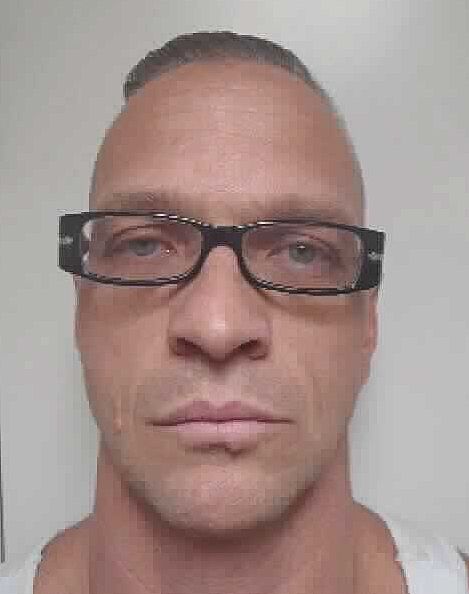 LAS VEGAS — After a pharmaceutical company objected to the state of Nevada using one of its drugs to carry out the death penalty, a judge temporarily halted the execution of convicted murderer Scott Dozier planned for July 11 in the state prison in Ely.

Dozier was given the death penalty in 2007 after being convicted in the 2002 murder of Jeremiah Miller, 22, one of Dozier's drug associates. On Halloween 2016, Dozier wrote to the judge overseeing the case and asked her to hasten his execution.

In Las Vegas, Judge Elizabeth Gonzalez of the Clark County District Court ruled early July 10 the execution must be delayed after New Jersey-based drug maker Alvogen challenged the state using its product midazolam, a sedative that was used in several botched executions earlier this decade.

It is one substance in a three-part combination the state planned to use. The other two drugs are cisatracurium, a paralytic drug, and fentanyl, a drug tied to the ongoing opioid crisis in the United States.

Dozier's execution was stayed once before when a Nevada court wanted to more closely scrutinize the drug cocktail Nevada was planning to use on him.

Before Gonzalez's action, death penalty opponents urged Nevada to spare the life of Dozier, including the Washington-based Catholic Mobilizing Network.

"Nevada has a distressing history of executing people like Scott Dozier, who voluntarily waive their legal appeals," said a July 10 statement by Krisanne Vaillancourt Murphy, the network's executive director. "These kinds of executions amount to the state assisting with the suicide of people who have lost all possibility of hope."

"I don't want to die," Dozier told Maurice Chammah, a staff writer with the Marshall Project,* a nonpartisan, nonprofit news organization, in a January interview. But he said he'd rather die than spend more time in prison, so he abandoned his appeals. "I just would rather be dead than do this."

Vaillancourt Murphy also took issue with the use of fentanyl as part of the lethal cocktail to be used for the execution. Roughly half of all fatal opioid overdoses have been attributed to fentanyl.

"The fact that Nevada plans to intentionally kill a human being using a drug with such an insidiously destructive track record is contrary to upholding human dignity and a shameful embodiment of the 'throwaway culture' that Pope Francis has warned about," she said.

"The planned execution of Scott Dozier is going forward only because he is cutting short the review process and because courts are willing to look the other way as states carry out experimental procedures on human beings," she added. "This execution highlights the inhumanity of the death penalty and the urgent need to transform the criminal justice system to promote redemption and healing."

Before being extradited to his native Nevada in 2005, Dozier, now 47, was given a 22-year sentence by an Arizona court for the 2001 murder of James "Griffin" Green, whose remains were found in a plastic bag in a desert north of Phoenix.

Should his execution go through, it would be the first known execution to use an opioid in its drug cocktail. It also would be Nevada's first execution in a dozen years.

*An earlier version of this story misidentified the Marshall Project.

Sr. Helen Prejean's 'River of Fire' a wellspring of wisdom for all Christians