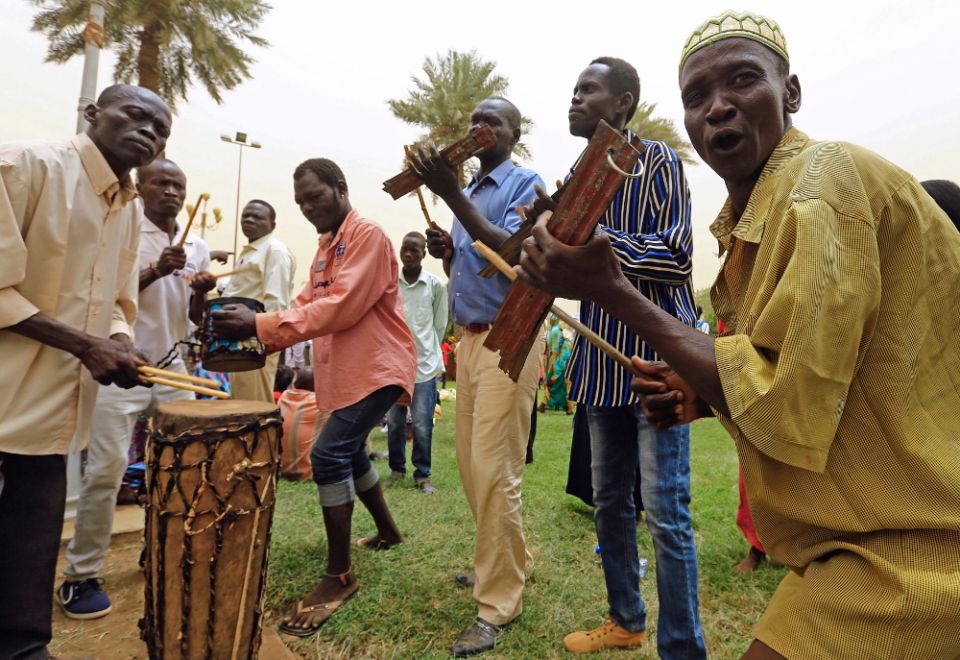 South Sudanese sing traditional songs June 25 in Khartoum during a South Sudan peace meeting as part of talks to negotiate an end to a civil war that broke out in 2013. (CNS/Reuters/Mohamed Nureldin Abdallah) 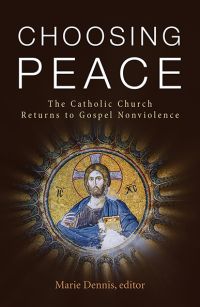 One of the organizers of a landmark 2016 Vatican conference that re-examined the Catholic Church's long-held teachings on just war theory has published a new volume that for the first time makes public some of the discussions that took place at the event.

In Choosing Peace: The Catholic Church Returns to Gospel Nonviolence, Pax Christi International co-president Marie Dennis collects dozens of contributions from the about 80 participants at the gathering, focusing particularly on sharing the reflections of those who came from some of the world's longest-running conflict zones.

Dennis, whose organization co-hosted the conference alongside the Vatican's former Pontifical Council for Justice and Peace, also responds to some of the critiques leveled at the event's final statement, which said the global church should transition away from just war theory in a favor of "a new framework that is consistent with Gospel nonviolence."

Referring to what she terms the "often vehement" reaction to the statement, Dennis writes: "Given the reality of the world in which we live and the overwhelming consequences of almost any war ... the conclusion of the conference was unsurprisingly that war (per se) is not a just way to deal with conflicts or the need for protection."

The participants in the conference, she states, were "tired of being told that the nonviolent alternatives to war were underdeveloped or ineffective."

"As long as we rely upon the just war frame, the excellent and important work that is being done to prevent mass atrocities without resort to military action and to build sustainable peace are likely to be overshadowed by the huge financial, intellectual, and psychological investment in preparation for a 'just' war," she continues.

Just war theory is a tradition that uses a series of criteria to evaluate whether use of violence can be considered morally justifiable. First referred to by fourth-century bishop St. Augustine of Hippo, it was later articulated in depth by 13th-century theologian St. Thomas Aquinas and is today outlined by four conditions in the Catechism of the Catholic Church.

A number of theologians have criticized continued use of the theory in modern times, due to the powerful capabilities of modern weapons and evidence of the effectiveness of nonviolent campaigns in response to unjust aggression.

The conference to re-examine the theory was held over a three-day period, April 11-13, 2016. While the event was closed to the press in order to encourage frank dialogue among the participants, organizers held a press conference afterward to outline some of the conversations.

Throughout the 10 chapters of her new volume, Dennis examines those conversations in much more detail. Among the contributions she shares are moving accounts that were presented to the group about activists struggling to witness nonviolence in places of extreme violence.

One of the testimonies comes from John Ashworth, who told the group about his experience living in what is now South Sudan for some 33 years.

Recounting the violence in the country since the outbreak of civil war in 2013, Ashworth states: "In our experience in South Sudan, the ordinary people do not want war, and that's been said about other countries too. Of course there are people who want war. There are vested interests."

Pietro Ameglio spoke to the conference about his experience working in Mexico's state of Chiapas. "It's a very hard job to keep a ceasefire," he states. "It's an art, nonviolence, because the sides continuously provoke the spiral of violence."

Dennis also publishes some of the conference's preparatory materials, including an essay from theologian Lisa Sowle Cahill that traces decades of papal teaching on issues of war and peace — mining encyclicals, Second Vatican Council documents and even Angelus addresses and in-flight press conferences from Popes Leo XIII through Francis.

"Although the idea and theory of a just war has not officially been repudiated, no pope since the council has approved a war, or even mounted a defense of the justice of war in principle," says Cahill, the J. Donald Monan Professor at Boston College.

Among other pieces collected in the book are essays by theologian Terrence Rynne, an NCR board member who helped found Marquette University's Center for Peacemaking; Rose Marie Berger, senior associate editor at Sojourners; and Maria J. Stephan, director of the Program on Nonviolent Action at the U.S. Institute of Peace.

The volume concludes with Francis' World Day of Peace message for 2017, which focused on nonviolence as "a style of politics for peace."