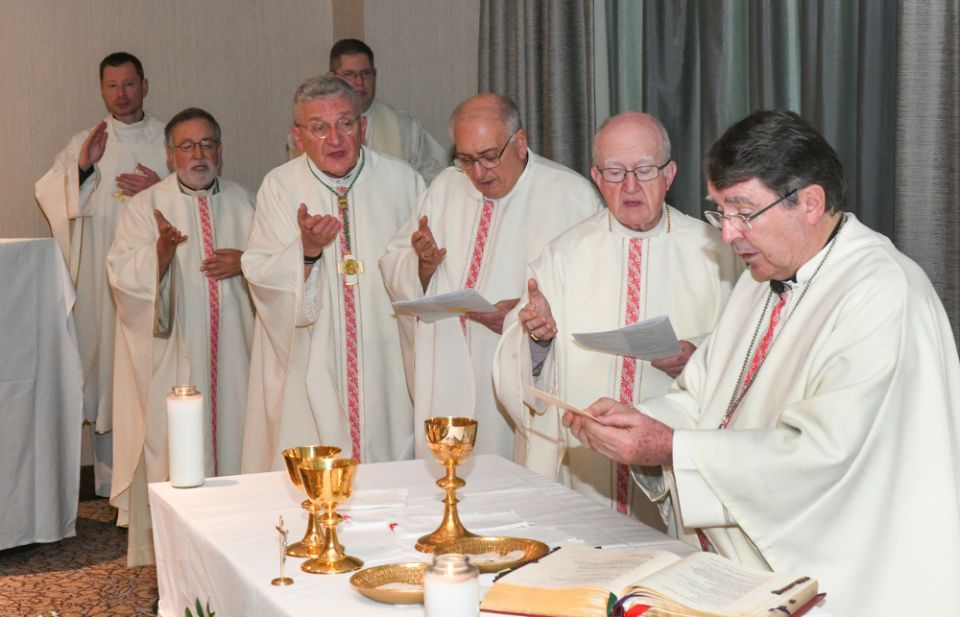 Pittsburgh — Almost every American has a story to tell about how their ancestors came to this country. It's often a tear-stained tale of hardship, desperation and sacrifice.

Similar scenarios are playing out today along the U.S.-Mexico border and other entry points across the land. As with the harrowing stories of generations ago, many of the current situations have the real possibility of violence and death if those emigrating choose to stay home.

Members of the Catholic Legal Immigration Network shared stories of success and heartache during their May 29-31 Convening 2019 in downtown Pittsburgh.

The faith-based network, which is known by its acronym CLINIC and based in Silver Spring, Maryland, partners with 373 affiliates to provide a wide range of services including advocacy for low-income immigrants, technical assistance and pro bono legal representation.

Archbishop Christophe Pierre, apostolic nuncio to the United States, gave a keynote speech May 29 and concelebrated a morning Mass May 30 for the feast of the Ascension of the Lord.

He was joined at the liturgy by Bishop David Zubik of Pittsburgh; Bishop Nicholas DiMarzio of Brooklyn, New York, a CLINIC board member and founder of CLINIC when he was head of the U.S. bishops' Migration and Refugee Services from 1985 to 1991; Bishop Kevin Vann of Orange, California, CLINIC's board chairman; and Bishop Jaime Soto of Sacramento, California, a CLINIC board member.

In his keynote speech, Pierre echoed Pope Francis in saying that migration is a global issue that "must be addressed, not in a hostile, confrontational way, but in a prudent and just way that respects the dignity of each person and that allows for a mutual enrichment of peoples and cultures."

"This is the story of the people of the United States," the archbishop said. "People came to the New World, often fleeing poverty and religious persecution, in search of a better future, marked by the promise of freedom."

Anna Marie Gallagher, executive director of CLINIC, who has worked in immigration law for more than 30 years, is very familiar with the immigrant experience.

Her parents came to America from Donegal, Ireland, when food and jobs were in short supply. She said her father understood the need to cross borders — even illegally — to make a better life for oneself and family.

"When I look back, I feel how powerful my parents' story was, just the way they raised us," Gallagher said. "You just really never thought that people didn't come into your house and stay, or you didn't help people, or you didn't give them a leg up.

"I grew up with stories of forced migration," she said.

Gallagher is proud to be associated with CLINIC, which she calls a "sleeping giant" that is well-respected in legal circles.

She has witnessed an alarming trend while watching the flow of migrants from Central America. Until four years ago, she said, it was almost exclusively men crossing the southern border. Then mothers began arriving at the border, sometimes with small children.

The parents would send money home to grandparents who were taking care of their children back home. But with more powerful gangs and the increasing threat of violence, grandmothers began calling their children here and saying that they couldn't protect their grandchildren. That's when the surge of unaccompanied children occurred, Gallagher said.

"And then when I was in Tijuana (less than two months ago), I was at a shelter there, and I interviewed two grandmothers. I had never seen that. Each had come up with three grands," she said.

There are many thousands of people in Mexico with no access to attorneys, Gallagher said.

"So we're going over and talking with them, explaining their rights, helping them prepare their cases, things like that," she said. "And that's what CLINIC does. We go in, step in for a while, we set it up, and when things are going, we withdraw and go to other places with needs."

Cone is editor of the Pittsburgh Catholic, newspaper of the Diocese of Pittsburgh.

Justice | CLINIC convening focuses on how to gain justice for immigrants, refugees