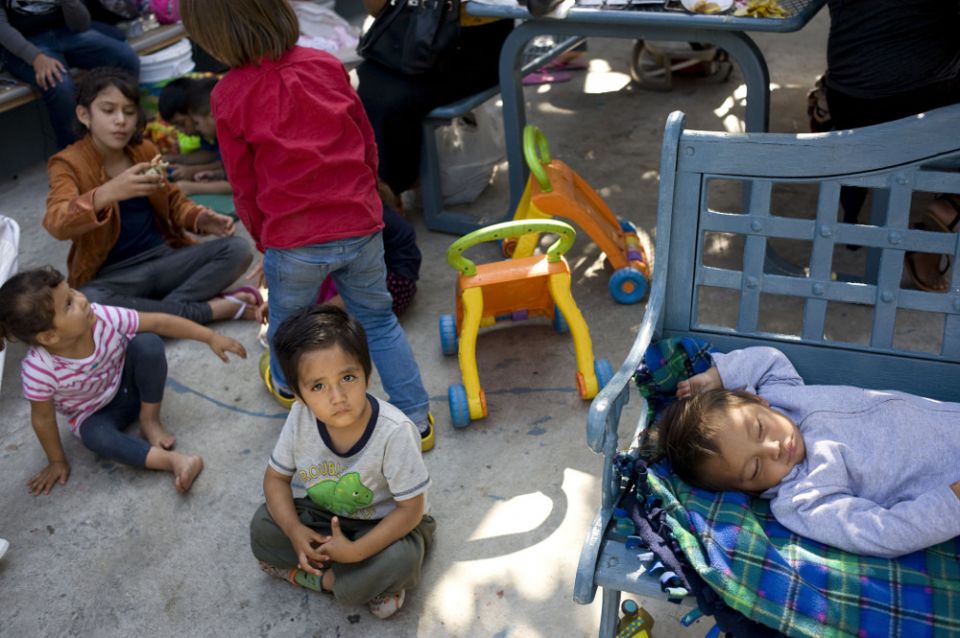 Children are seen at a shelter for migrant women and children in Tijuana, Mexico, June 20. The shelter is run by the sisters of the Missionaries of St. Charles Borromeo and has about 80 people who intend to seek asylum in the United States. (CNS/EPA/David Maung)

As the White House faces court orders to reunite families separated at the border, immigrant children as young as 3 are being ordered into court for their own deportation proceedings, according to attorneys in Texas, California and Washington, D.C.

Requiring unaccompanied minors to go through deportation alone is not a new practice. But in the wake of the Trump administration's controversial family separation policy, more young children — including toddlers — are being affected than in the past.

The 2,000-plus children will likely need to deal with court proceedings even as they grapple with the ongoing trauma of being taken from their parents.

"We were representing a 3-year-old in court recently who had been separated from the parents. And the child — in the middle of the hearing — started climbing up on the table," said Lindsay Toczylowski, executive director of Immigrant Defenders Law Center in Los Angeles. "It really highlighted the absurdity of what we're doing with these kids."

The U.S. Immigration and Customs Enforcement agency, which oversees the deportations of unauthorized immigrants, did not respond to a request for comment.

Toczylowski said parents typically have been tried along with young children and have explained the often-violent circumstances that led them to seek asylum in the U.S.

The children being detained under the new "zero tolerance" policy, though, are facing immigration proceedings without mom or dad by their side.

"The parent might be the only one who knows why they fled from the home country, and the child is in a disadvantageous position to defend themselves," Toczylowski said.

Meanwhile, the broader legal situation is in flux. A federal judge Tuesday night commanded the White House to reunify families within 14 days if the child is under 5 and 30 days if the child is older. The Justice Department has not indicated whether it will appeal. Attorneys who are involved in the cases said it's unclear how the judge's order will work in practice, and when and how it could take effect.

"We don't know how the judge's order is going to play out with reunification of children. What if parents have already been deported?" said Cynthia Milian, a Texas-based attorney at the Powers Law Group.

In the interim, she added, the implications for kids remain an urgent concern.

Given the trauma the children faced in their home country that spurred their families to flee and the pain of being separated from a parent, the expectation that children can mount a legal defense is "unconscionable," said Dr. Benard Dreyer, director of the division of developmental-behavioral pediatrics at New York University School of Medicine.

"It's certainly grossly inappropriate," said Dreyer, who is a member of the American Academy of Pediatrics advocacy committee. "I'm ashamed that we're doing this."

Steve Lee, a UCLA child psychology professor, said expecting the children to advocate for themselves in court is an "incredibly misaligned expectation."

"That couldn't be any less developmentally appropriate," he said, adding that some children may not be mature enough to verbalize a response.

More than 2,000 children who were separated from their parents at the border have been dispatched to the far corners of the nation to care facilities and foster homes.

Officials with the Department of Health and Human Services emphasized Tuesday that the agency is working to unify children with either a parent or a sponsor. But it did not provide a timeline for how long that would take.

"We are working across agencies for reunification of each child with [a] parent or family as soon as that is practical," Jonathan White, HHS' assistant secretary for preparedness and response, said in a media call.

HHS representatives said children in facilities run by the Office of Refugee Resettlement receive adequate care, including medical and mental health services, and at least two phone calls per week with family.

Yet children who are just arriving at care facilities are still not connected with their families, said Megan McKenna, a spokeswoman for Kids in Need of Defense. She said the children arrive at care facilities without a parent's tracking number, and parents don't tend to have their kids' numbers.

After kids arrive in care facilities, HHS officials work on finding a "sponsor" to care for the child, such as a parent, guardian, family member or family friend. Historically, unaccompanied minors — who tended to be teens — found a sponsor in about a month and a half.

However, Rachel Prandini, a staff attorney with the Immigrant Legal Resource Center, said finding a sponsor is more difficult now given recent fears that stepping forward to accept a child could trigger a sponsor's deportation.

In April, HHS entered into an agreement with law enforcement officials that requires sponsors and adult family members to submit fingerprints and be subject to a thorough immigration and criminal background check.

HHS officials said the process is meant to protect the child. 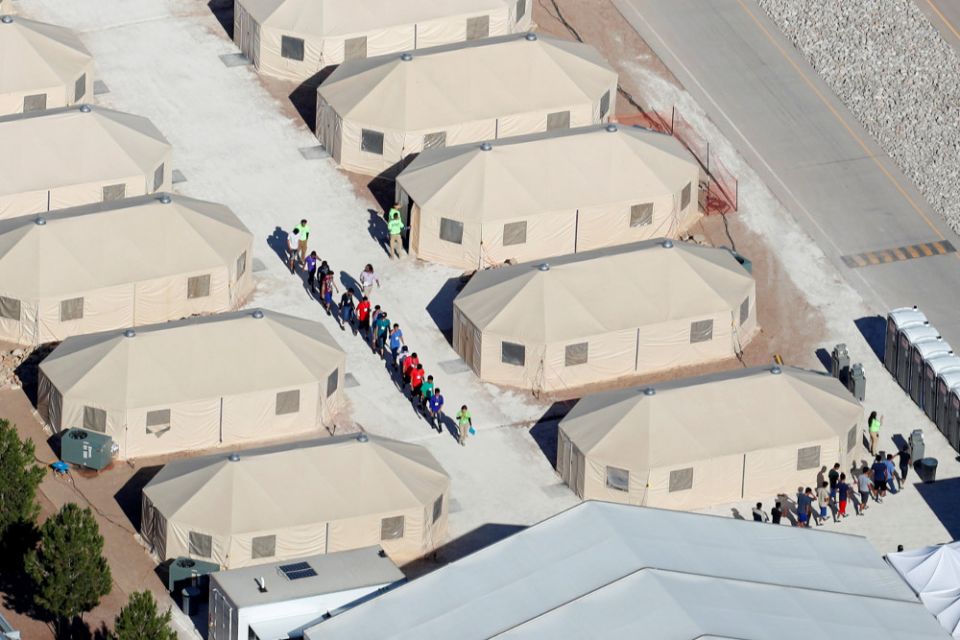 Immigration lawyers from around the country have been flying into Texas to help represent children and families, said George Tzamaras, a spokesman for the American Immigration Lawyers Association.

It's impossible to know how many children have begun deportation proceedings, Tzamaras said. "There have been reports of kids younger than 3 years old and others as old as 17."

Ashley Tabaddor, president of the National Association of Immigration Judges and a jurist in Los Angeles, said that unaccompanied minor cases are heard on a special docket there. She said the judges who take the cases were trained during the last administration on children's developmental stages, impulse control and making sure the proceedings are understandable to children.

She said in a statement that the court's work is vital: "This is not traffic court. A mistake on an asylum case can result in jail, torture or a death sentence," Tabaddor said. "We are a nation of laws. We value fairness, justice and transparency."

She said children seeking asylum tend to make their case in a non-adversarial office setting with a hearing officer.

But that isn't always the case, Prandini said. Lawyers might choose a strategy that requires more time in the courtroom.

"It's difficult for adults at times. They go to court and they get nervous before a judge," Milian said. "Now can you imagine a child having to go before a judge and just explain to them why they're having to flee their country?"

Toczylowski said her organization is trying to help reunify the families so the children can be tried alongside the parents.

"The kids don't understand the intricacies that are involved with deportation and immigration court," she said. "They do understand that they have been separated from their parents, and the primary goal is to get back with people they love."

[KHN's coverage of children's health care issues is supported in part by the Heising-Simons Foundation. Kaiser Health News (KHN) is a national health policy news service. It is an editorially independent program of the Henry J. Kaiser Family Foundation which is not affiliated with Kaiser Permanente.]