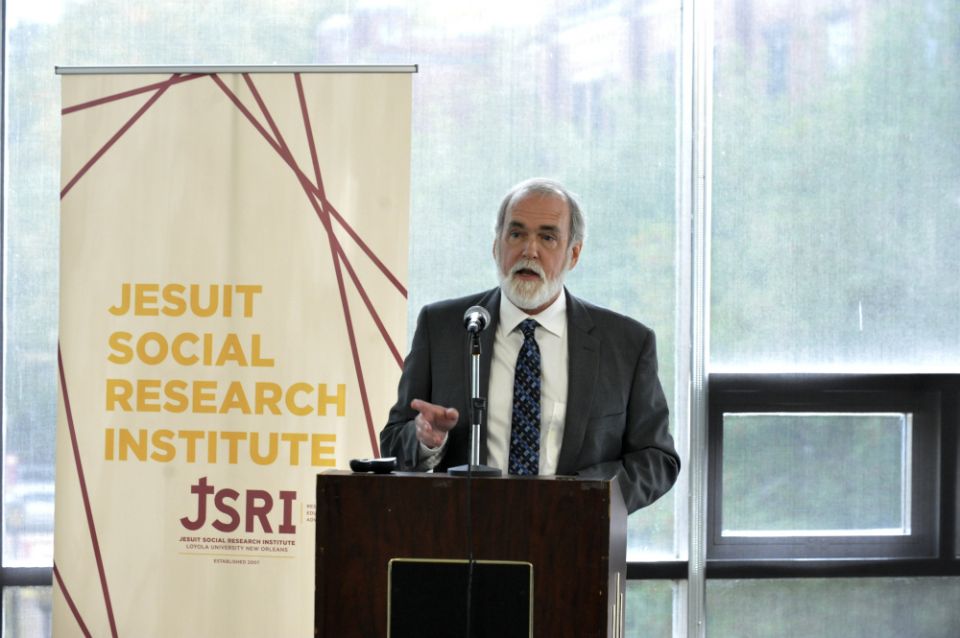 New Orleans — For the third consecutive year, states in the Gulf South of the U.S. ranked near the bottom of a 2018 "social justice" index that measures poverty, racial disparity and immigrant exclusion, according to the Jesuit Social Research Institute at Loyola University New Orleans.

Also, for the third consecutive year, Louisiana ranked 51st in the "JustSouth Index," which includes all 50 states and the District of Columbia.

Hawaii ranked No. 1 in the index, followed in the top 10 by Vermont, New Hampshire, Montana, Virginia, Washington, Minnesota, Maine, Massachusetts and Maryland.

The basis of the index's measurement is the United Nations' Human Development Report, which focuses on a "broader consideration of human development."

The index focuses on health, education and economic security.

"We have chosen indicators which are reported annually, measurable, clear, reliable, common across all jurisdictions and actionable," Kammer said.

He said "actionable" was an important aspect of the measurements because "our purposes are to educate people and to point out how we together can make the kind of changes that promote far greater social justice, equity and inclusion for all of us."

For instance, Dennis Kalob, the institute's economic policy specialist, said that although Louisiana ranks at the bottom of the JustSouth Index, it actually showed some improvement from the 2017 report by expanding Medicaid for low-income residents, reducing the number of low-income people who are without health insurance from 26.4% to 19.8% – the lowest share among the five Gulf South states.

"That was due to Medicaid expansion, so congratulations to the state for doing that," Kalob said. "But Louisiana continues to struggle in all other indicators."

One of the report's key recommendations, repeated for a third consecutive year, is to raise the minimum wage significantly from its current federal level of $7.25.

"JSRI supports the 'Fight for 15,' which is the effort around the country to move either the national minimum wage or the various state minimum wages to eventually $15 per hour," Kalob said. "The federal minimum of $7.25 is much too low. Twenty-nine states have enacted higher minimum wages. Florida is the only Gulf South state to do so at $8.46."

Kammer said he hoped the report's data would spur political action. He said the expansion of Medicaid in Louisiana has helped the poor, and he has been encouraged by recent criminal justice reform efforts in the state to reduce prison populations and use the savings for rehabilitation services.

"You have to go back to the Gospel in terms of planting seeds from which we hope a harvest will grow," the priest said, adding: "That's what we try to do.

Raising the minimum wage would provide 'solid base' for tipped workers