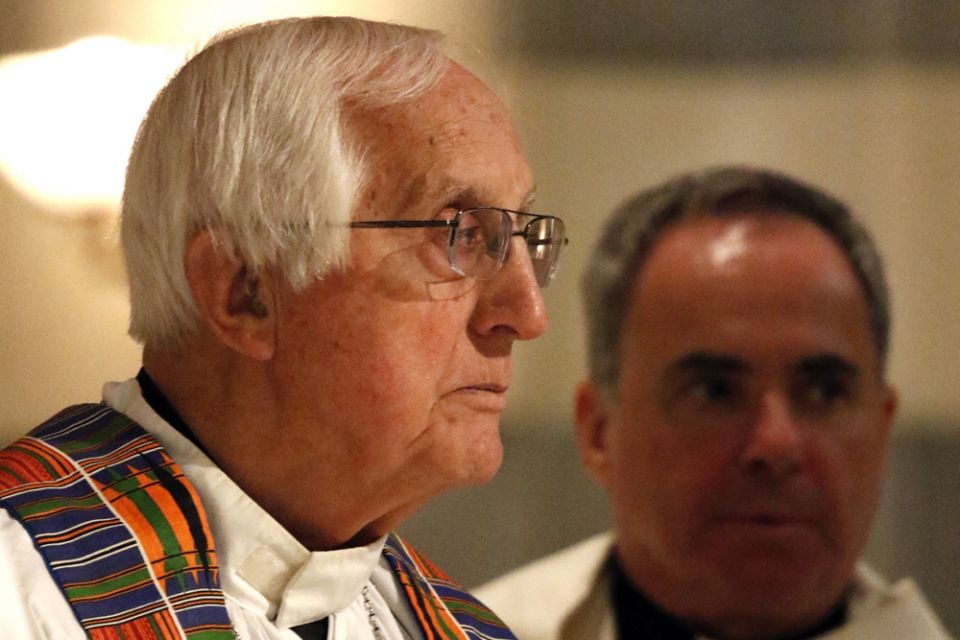 Author's note: Sometimes feelings can dispel prejudices. For Bishop Thomas Gumbleton, auxiliary bishop emeritus of Detroit, it was his beloved brother's coming out as a gay man that would free him from the stereotypes he had about gays and lesbians — preconceptions that were formed during his years in the seminary. In this new interview with Italian journalist Giovanni Panettiere, the 89-year-old bishop explores how to create a more just church and society for LGBT people.

Panettiere: What kind of teaching did you receive at the seminary on homosexuality?

Gumbleton: My moral theology classes were very inadequate regarding teaching on homosexuality. There was never any distinction made between homosexuality as a choice or as part of a person’s identity. I came out of the seminary with the conviction that it was a choice and therefore a sin. I was not prepared well to accompany gays and lesbians in their struggles.

Did you make mistakes, as a parish priest, in your pastoral accompaniment of gays and lesbians?

Yes, because I heard confessions with the mindset of homosexual actions being sinful because the penitent was choosing to go against nature. When I tried to counsel them, my counseling was of no help because according to the teaching, developing an intimate friendship with someone of the same sex would be a sin. My advice to them was to break off any such friendships because I felt that it was simply a choice and not a friendship that was based on their identity as a homosexual person. In fact, asking them to give up friendships, obviously, was not the right advice. Everyone needs close friends. I felt I was guiding them away from occasions of sin when in fact I was eliminating their opportunity for real friendships.

What did you feel when your brother told you he was gay?

I had no awareness of his sexual identity. I simply presumed he was heterosexual. After all he was already married and had four children. Thus, it was a shock when he came out to me as a gay man.

Hadn't you ever suspected anything?

Until the time he came out as a gay man, I never questioned his sexual identity. I simply presumed he was heterosexual.

Does the church share some of the guilt for the homophobia in society today?

Yes, the church bears some responsibility for homophobia in society. According to one of the church’s documents, gays and lesbians are “intrinsically disordered.” This insistence on the fact that they are intrinsically disordered creates fear, anger and causes people to make false judgments about LGBT people. All of this contributes to homophobia.

Do you think the church has arrived at a definitive teaching on homosexuality?

No. The church’s teaching is still developing. Research has shown that LGBT people are LGBT at birth and that this is part of their identity. However, that is not universally accepted and so there are still negative judgments about them. The church must continue to explore this issue more profoundly from a scientific point of view. 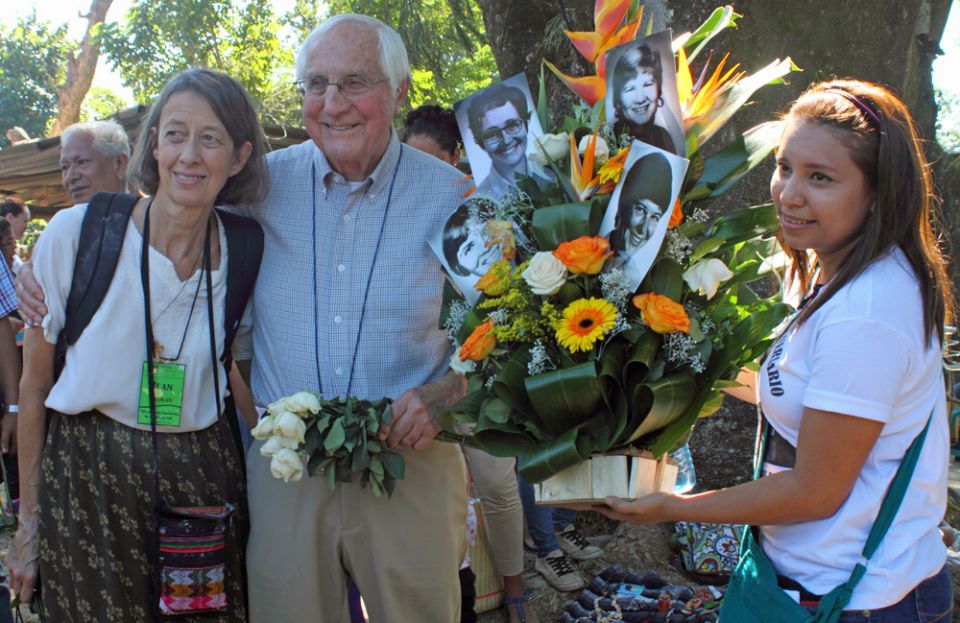 Jean Stokan, left, director of the Justice Team for the Sisters of Mercy, and retired Auxiliary Bishop Thomas Gumbleton of Detroit pose for a photo during a Dec. 2, 2015, memorial service to commemorate the 35th anniversary of the murder of four U.S. churchwomen in Santiago Nonualco, El Salvador. (CNS/Edgardo Ayala)

According to Catholic teaching, a parent should tell his or her gay or lesbian child that homosexuality is "objectively disordered." Don't you think this idea would hurt that child?

Yes. No parent should ever tell a child that he or she is intrinsically disordered. For the church to teach such a thing is insulting to the parent and child. I’ve had parents become very angry if that is even suggested, and I don’t blame them.

Will be possible for the church to have, if not marriage equality, at least a blessing of gay or lesbian couples?

This will require much further development in church understanding and teaching. At the present time it remains an impossibility.

Do you think chastity is the only correct way for a same-sex couple to live?

According to church teaching at the present time, celibacy is the only choice for a gay or lesbian person. However, we need to heed the example of Pope Francis, who welcomes gay people into his circle of friends. In doing so, he asks the question, “Who am I to judge?" If two people are following their conscience, I have no right to interfere.

[Giovanni Panettiere is a reporter for the Italian newspaper Quotidiano Nazionale.]