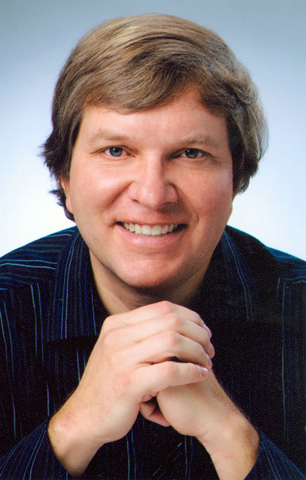 A popular U.S. Catholic priest and author known for his peace writings and some 75 arrests for civil disobedience actions across the country has been dismissed from the international Jesuit religious order, which says he was "obstinately disobedient" to its directives.

Removal of Fr. John Dear caps 32 years in the order for the priest, who has been known for protesting a wide range of issues, including U.S. policies on Latin America, nuclear weapons development, and the cooperation of Jesuit educational institutions with American military recruiting programs such as the ROTC.

The dismissal also raises the specter of Pope Francis, the first head of the Catholic church to belong to the Jesuit order, having to confirm the dismissal of one of the order's members.

Dear, a longtime NCR columnist, writes about the dismissal in his weekly column, posted Tuesday. He writes that he is leaving "with a heavy heart ... because the Society of Jesus in the U.S. has changed so much since I entered in 1982 and because my Jesuit superiors have tried so hard over the decades to stop my work for peace."

Dear also made available to NCR copies of letters from both the Jesuit headquarters in Rome and the Vatican congregation responsible for matters concerning religious life, notifying him of his dismissal. The specific charge against Dear listed in the documents is his refusal to live in a Jesuit community in Baltimore.

The decree from the Jesuits, signed by the order's international superior general, Fr. Adolfo Nicolás, and dated June 19, says Dear has been "obstinately disobedient to the lawful order of Superiors in a grave matter."

Dear, Nicolás states, "was duly informed ... that his failure to obey the command that he return to the specified house of the Order by a specified date would be cause for his dismissal from the Society of Jesus."

Nicolás says the matter came to the attention of the Jesuit officials in Rome following a request for action from the Maryland province of the order, one of seven provinces the order maintains in the U.S. and the one in which Dear became a Jesuit.

Nicolás says he and five other members of the Jesuits' international council then held a vote on whether to dismiss Dear, which resulted in a unanimous vote for dismissal.

A separate letter from the Vatican's Congregation for Institutes of Consecrated Life and Societies of Apostolic Life, dated Oct. 14, confirms the Jesuits' decree of dismissal but also asks for confirmation of the decree from Francis.

While canon law does not specify that a pope must confirm a priest's dismissal from a religious order, one canon lawyer contacted for background speculated that Francis' approval might be required in the matter because of a special vow of obedience some Jesuits can choose to make to the pope.

In his column Tuesday, Dear says he decided to stop living at the Jesuits' community in Baltimore, choosing to return to living at a previous assignment in New Mexico because the provincial of the Maryland province, Jesuit Fr. James Shea, did not arrange an appropriate assignment for him in the Baltimore area.

In an emailed statement to NCR Monday, Shea said Dear was dismissed from the order as of Dec. 20 "following an extended period of dialogue between the leadership of the Maryland Province and John regarding his ministerial assignment and time he requested to discern his vocation."

"The process was initiated in the fall of 2012 after John declined to return to his Province to live in a Jesuit community while continuing his ministry of peace and social justice, including lecturing and writing," Shea wrote.

Dear lived in New Mexico, where he previously served as pastor of five parishes in the archdiocese of Santa Fe, until 2011, when Shea ordered him to return to Baltimore, the headquarters of the Maryland province.

Dear joined the Jesuits in 1982 and was ordained a priest in 1993, celebrating his first Mass at Washington's now-closed St. Aloysius Jesuit church, which sits just a few blocks north of the U.S. Capitol.

His 2008 autobiography, A Persistent Peace: One Man's Struggle for a Nonviolent World, described a frequently tense relationship between him and his superiors in different postings.

Early in his time in the order, he garnered critique for his protest of the presence of a military recruiter at a Jesuit high school in Scranton, Pa., where he was serving as a teacher in the mid-'80s. More recently, he says he received incensed letters from parishioners in New Mexico over homilies he directed at employees of Los Alamos National Laboratory, a facility in the nation's nuclear weapons complex in Los Alamos, N.M.*

Other Jesuits who have served as Dear's superiors in the past said the priest was a good member of the order, if a bit headstrong at times.

Jesuit Fr. George Murphy, who as the rector of the order's community in Berkeley, Calif., from 1985 to 1991 oversaw Dear while he attended the Jesuit School of Theology at Berkeley, said he thought Dear was "a fine man."

"I think he was a little impulsive and I suspect he's still got a bit of that of him -- but he's just got a keen sense of justice and a desire for peace in the world," said Murphy, who recalled attending a protest with Dear in San Francisco in 1989 following the killing of several Jesuits by U.S.-trained soldiers at the order's Central American University in El Salvador.

"I know he's had trouble with superiors at different points in his life," said Murphy, the director of spiritual formation at Jesuit-run Santa Clara University. "And I suspect he always will. He's the kind of guy that I would like to give leeway to."

Jesuit Fr. Edward Glynn, who oversaw Dear as provincial of the Maryland province from 1990 to 1996, said while he was not privy to the conversations leading to the priest's dismissal by his successor as provincial, he had the "highest respect" for Dear.

Glynn recalled a visit from Dear when Dear was considering joining a protest at Seymour Johnson Air Force Base in Goldsboro, N.C., in 1993.

Called a Plowshares action, one of a series against nuclear weapons taken by Catholic activists in the last three decades in reference to the biblical exhortation found to turn swords into plowshares and spears into pruning hooks, the action saw Dear and three others symbolically hammer on a U.S. fighter jet before being arrested.

"He came to see me, and I went through the whole thing with him -- he has to live with the consequences, is he willing to spend time in jail, and what could happen to you in jail -- and he was willing, so I gave him permission to do it," Glynn said.

"Of course, I was thinking in the back of my head that after we have our first nuclear war, we're going to say, 'Where were we when John Dear and all these people were objecting to nuclear weapons?' " he said. "But John did what Jesuits should do -- he got permission, approval from me -- and then I visited him in jail."

Both Nicolás' decree and the confirmation from the Vatican congregation specify that while Dear has been dismissed from the Jesuits, he remains a priest. According to canon law, however, he cannot officially act in a priestly role unless he finds a bishop willing to receive Dear into the bishop's diocese.

Dear says in his column Tuesday he does not know if any U.S. bishops will welcome him into their diocese and he is unsure if he will remain a priest.

After receiving an emailed statement from Shea, NCR asked a communications official from the Maryland Jesuits on the phone if Shea could respond to allegations Dear makes concerning the order's commitment to social justice ministry and the vision of its late leader Fr. Pedro Arrupe.

Following that call, the communications official told via email that Shea was not available to comment on the matter beyond his initial statement.

*An earlier version of this story incorrectly stated which laboratory Dear addressed.

A version of this story appeared in the Jan 17-30, 2014 print issue under the headline: Jesuits dismiss priest known for peace witness.