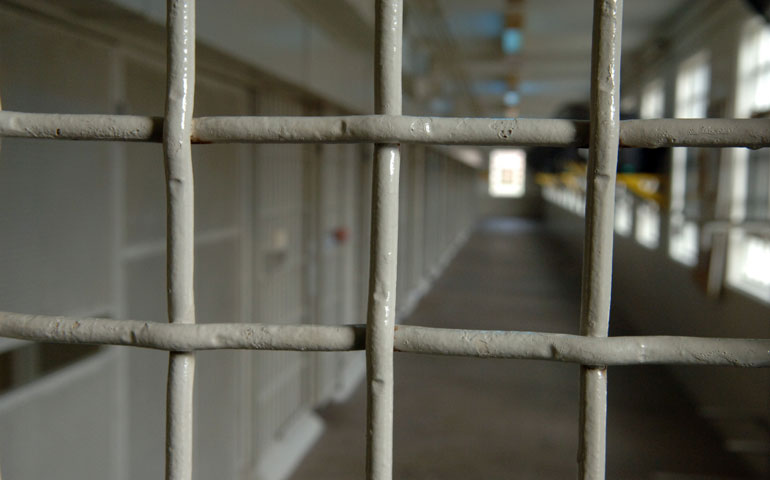 A Louisiana man's execution scheduled for Feb. 5 is on hold until April due to the controversial two-drug cocktail the state planned to kill him with.

The sedative midazolam and the painkiller hydromorphone were used for the first time in a U.S. execution Jan. 16 on Ohio prisoner Dennis McGuire who "appeared to gasp several times and took an unusually long time to die," according to The Associated Press.

The state of Louisiana also planned to execute convicted murderer Chris Sepulvado with midazolam and hydromorphone, but U.S. District Judge James Brady put a hold on the execution just two days before it was set to occur. On Feb. 3, Brady ordered a trial April 7 to determine the constitutionality of Louisiana's execution protocol.

An amicus brief filed Jan. 27 by five physicians and medical practitioners on behalf of Sepulvado stated that he "faces execution with the use of drugs that may not have been scientifically tested for this purpose. ... Because of the cloak of secrecy that the State of Louisiana has extended over its lethal injection protocol, there can be no assurance that Louisiana is not violating the legal and ethical injunctions prohibiting human experimentation."

The Louisiana Department of Corrections was originally going to execute Sepulvado with the drug pentobarbital, but Sepulvado's lawyer, Gary Clements, discovered that the state's supply had expired in September.

As Louisiana weighed its options, 125 theologians, priests, sisters and advocates from across the country issued a statement demanding clemency for Sepulvado. Besides rejecting his execution outright, they specifically noted, "We further reject and abhor the method by which Louisiana will execute Mr. Sepulvado. It appears that Louisiana may be procuring pentobarbital from a compounding pharmacy in Oklahoma."

When the European Union banned the export of drugs traditionally used for executions in 2011, states turned to unregulated compounding pharmacies to make lethal injection cocktails, including pentobarbital.

"Pentobarbital ... is considered controversial because it is little regulated and, if contaminated, can cause prolonged and extreme pain," according to The Associated Press. "Death penalty opponents say it causes undue agony and therefore violates the condemned killer's constitutional protection from cruel and unusual punishment."

"To legally compound a drug, a pharmacy must have a prescription and be mixing the drug for a medical use. ... Execution is not among the approved uses," according to The New York Times.

Even though Congress passed a law last year giving the Federal Drug Administration some power over compounding pharmacies, Congress left it up to the pharmacies whether to register with the FDA.

Amid this confusion, Louisiana hastily revised its execution protocol Jan. 27 "to include an additional option for the execution drugs used," according to a leaked Louisiana Department of Public Safety and Corrections notice. Sepulvado was informed a week before his scheduled execution that he would die by lethal injection of midazolam and hydromorphone.

When the state of Ohio decided to use the same untested drug combination for McGuire's execution, Dr. David Waisel, an associate professor of anesthesia at Harvard medical school, warned the state against it.

In a five-page court statement, Waisel listed numerous reasons that the two-drug combination was inappropriate for lethal injection, concluding "due to the inadequacy of anesthesia from the midazolam ... [McGuire] is at substantial, objectively intolerable risk for experiencing the agony and horrifying sensation of being unable to breathe for a relevant time, as he slowly suffocates to death."

The authors of Sepulvado's amicus brief agreed. "McGuire's execution epitomizes inhumane lethal injection experimentation. Drugs were administered without a clear idea of what would happen or how long it would take."

Dennis McGuire, the prisoner's son, described his father's death at a news conference Jan. 17. "The agony and terror of watching my dad suffocate to death lasted more than 19 minutes. I can't think of any other way to describe it other than torture."

The prisoner's spiritual adviser, Fr. Lawrence Hummer, also witnessed the execution and wrote in The Guardian, "I came out of that room feeling that I had witnessed something ghastly. ... There is no question in my mind that Dennis McGuire suffered greatly over many minutes. I'd been told that a 'normal' execution lasted five minutes -- this experimental two-drug concoction had taken 26 minutes. I consider that inhumane."

McGuire's family filed a lawsuit against Hospira Inc., the manufacturer of the drugs, claiming that it continued to sell the drugs while aware of their use in executions.

During McGuire's execution, the lawsuit states, McGuire experienced "repeated cycles of snorting, gurgling and arching his back, appearing to writhe in pain. It looked and sounded as though he was suffocating."

Even so, Pam Laborde, communications director for Louisiana Department of Corrections, emailed The Times Picayune of New Orleans Jan. 31, confirming that Louisiana would execute Sepulvado with the same two-drug combination used on McGuire.

Sepulvado's amicus brief states, "Dr. Chapman, the original architect of the lethal injection protocol that has been followed for over 30 years, based the design on pure speculation. To this day, completely unqualified non-medical prison personnel determine the specifics of the protocols and carry them out."

The Louisiana Conference of Catholic Bishops released a statement Jan. 30 opposing Sepulvado's execution. It specified, however, that the bishops' "opposition now does not hinge upon whether or not a particular execution protocol is used."

Robert Tasman, associate director of the conference, told NCR, "We know and are very aware of the potential drug cocktail, but the bishops wanted to be very strong about their opposition to the death penalty in general. Here in Louisiana we're trying to challenge individuals to be consistently pro-life across the board."

Laborde said in a statement Feb. 3 that the Louisiana Department of Corrections "has been committed throughout the entire process to following the court's direction, and carrying out the sentence humanely and in accordance with the law."

A version of this story appeared in the Feb 14-27, 2014 print issue under the headline: Louisiana execution put on hold amid drug cocktail controversy.