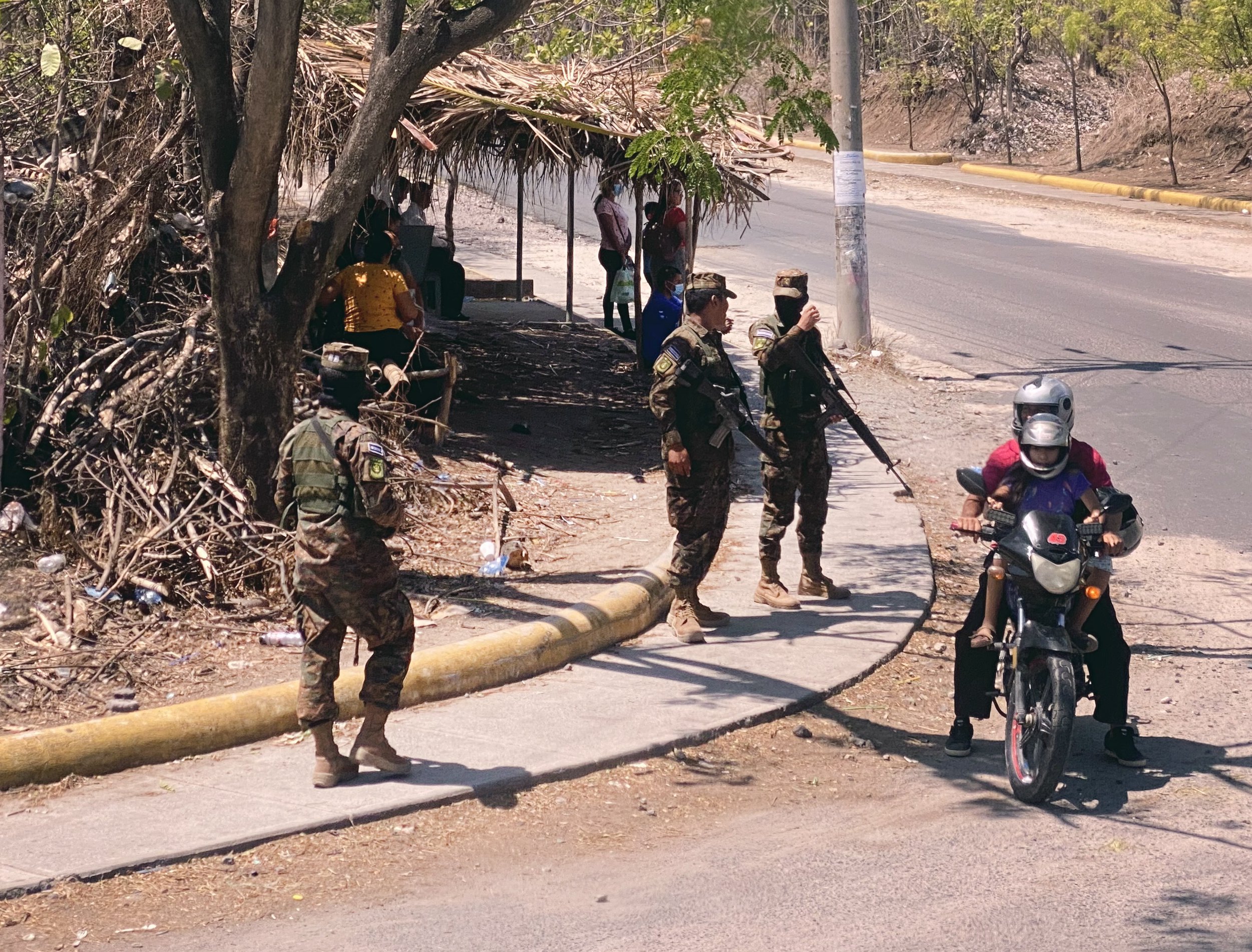 WASHINGTON — Days after the Salvadoran government extended emergency measures suspending some personal freedoms, a national Catholic organization of men and women religious called attention to the arbitrary detention of one of its members.

The Conference of Men and Women Religious of El Salvador, in a May 2 statement posted on Facebook, said a "religious brother" was detained "for several hours" by members of the armed forces April 30 near the organization's offices in the capital, San Salvador.

He was headed to a meeting dealing with formation of the consecrated life when "he was detained arbitrarily without cause by members of the armed forces," said the group known as CONFRES for its acronym in Spanish.

The statement said he showed authorities "all his civil and ecclesiastic documents and identification" and still was detained.

The organization did not provide a name of the religious brother or additional details.

In a May 3 email responding to a request by Catholic News Service, a representative of CONFRES wrote: "All ended well after clarification and intervention by various members of the conference. The conference has no additional comment."

Human rights groups, including some in Washington, began sounding the alarm about potential violations of human rights after the Salvadoran government began mass arrests and suspended personal freedoms following a record-breaking spree of homicides by gangs in late March.

On April 27, Salvadoran President Nayib Bukele, who regularly posts updates on the number of detentions, said more than 20,000 "captured terrorists" had been detained in a little more than a month. The initial period of what is called a "state of exception," supposed to have lasted until the end of April, was extended for an additional 30 days.

U.S. Secretary of State Antony J. Blinken has said the government in El Salvador should "uphold due process and protect civil liberties." But many Salvadorans, inside and outside the country, support the detentions and even some of the violations as long as they receive some respite from the gang violence and extortions that have plagued, in large part, the poor of the Central American nation for decades.

Families have reported beatings and deaths of loved ones following the mass detentions, but the general public does not seem too concerned.

A poll conducted in El Salvador in April showed 91% of Salvadorans not only support the detentions but also the severe measures, said CID-Gallup, which carried out the survey.

In an April 17 news conference, Archbishop Jose Luis Escobar Alas of San Salvador said he had spoken to "many people" who saw "hope" in what was happening, and they felt safer. Other bishops in the country offered Masses for the families of detainees, especially since they do not know whether loved ones will be freed.

CONFRES, in its statement, asked laypeople and others in the church "to gather in prayer for so many people who are going through the same situation without having any type of illicit associations."

"May the risen Christ and Mary, our mother, bless our country," the organization wrote.