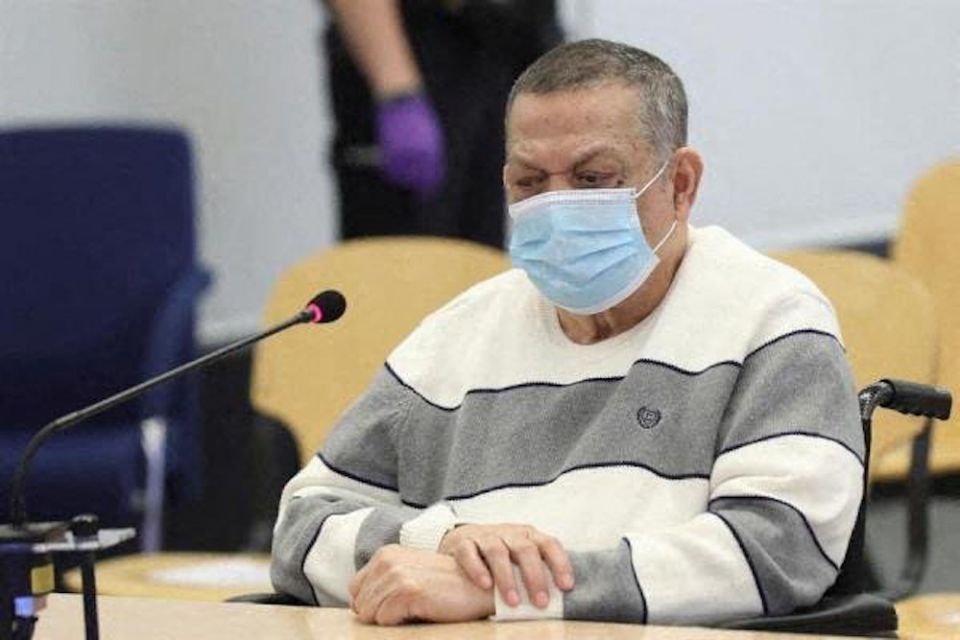 Former Salvadoran Col. Inocente Montano was sentenced to more than 133 years in prison for his involvement in the slaying of five Spanish Jesuits in El Salvador in 1989. Spain's supreme court has upheld the sentence. (CNS photo/Reuters/DPA/TNS/ABACAPRESS.COM)

Madrid — Spain's supreme court has upheld the conviction of a former Salvadoran colonel for the slayings of five Spanish Jesuits during El Salvador's civil war.

In a Feb. 3 ruling, the court discarded arguments from lawyers for Inocente Montano, 78. The lawyers had argued that Spanish justice lacked jurisdiction for the slayings, which occurred in 1989 on the campus of the Jesuit-run Central American University in San Salvador.

The court called the slayings "a state crime" and upheld Montano's sentence of 26 years, eight months and one day for each person killed — 133 years in total — to be served in Spain.

The decision marked the final appeal for Montano, who maintained his innocence throughout the trial, which concluded with his conviction Sept. 11, 2020.

The aging Montano had told the court he harbored no ill will toward the Jesuits. But witnesses said the army carried out a campaign of hostilities toward the Society of Jesus and considered the Central American University to be a hotbed of rebel activity.

Montano was not charged with the murders of Salvadoran Jesuit Fr. Joaquín López López and Julia Elba Ramos, a housekeeper, and her teenage daughter Celina — also killed in the Nov. 16, 1989, attack on their residence — due to jurisdictional issues.

Prosecutors said Montano, a former security secretary, wanted to thwart a possible peace accord, in which Fr. Ellacuría was a key player and which the military saw as a threat to its power and privileges.

El Salvador's civil claimed 75,000 lives between 1979 and 1992, pitting right-wing death squads against left-wing rebels. The conflict officially ended with a peace agreement in 1992.