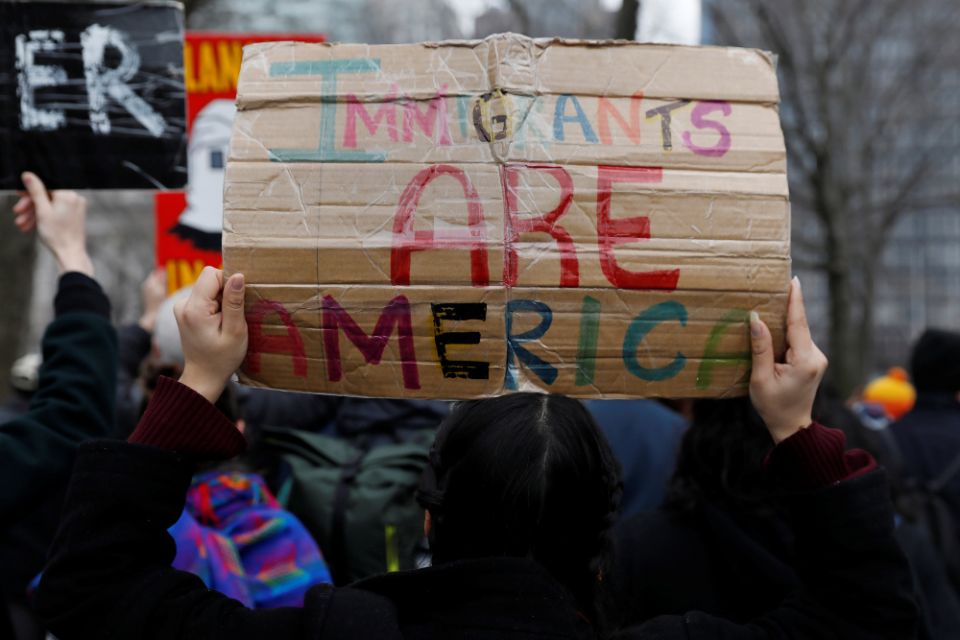 WASHINGTON — The U.S. Supreme Court has dealt a blow to the Trump administration's effort to end a program in March that protects young adults brought to the U.S. without legal permission as minors.

On Feb. 26, the court declined to hear and rule on whether the administration has the right to shut down the Deferred Action for Childhood Arrivals, or DACA program.

In September, President Donald Trump announced his administration was ending the program, giving lawmakers until March 5 to find a legislative solution to protect the young adults benefiting from DACA.

Two federal judges have blocked the Trump administration's efforts to end the program, ruling the government must continue to accept renewal applications for DACA. In turn, the administration asked the Supreme Court to hear and rule on one of those decisions, from a judge in California, in an effort to bypass the process of an appeal going through the 9th U.S. Circuit Court of Appeals based in San Francisco.

That means the March 5 deadline is essentially no longer of any significance and those benefiting from DACA can keep applying to renew permits that protect them from deportation and allow them to have a work permit and other documents, as long as they meet certain criteria.

In a brief unsigned comment, the court said it expected the Court of Appeals "will proceed expeditiously to decide this case."

The decision was announced the day the U.S. Conference Catholic Bishops called for a "National Call-in Day for the Protection of Dreamers," encouraging Catholics to call their representatives in Congress to urge support for the young adults called "Dreamers."

The name comes from the DREAM Act — the Development, Relief, and Education for Alien Minors Act. The legislative proposal has explored allowing qualifying youth conditional residency and down the line permanent residency, but it has been repeatedly defeated in Congress.

The court's decision may delay the end of the DACA program, started in 2012 by President Barack Obama via executive order, but immigrant advocates continued to urge action to provide the youth with permanent relief.

"Although the Supreme Court decision buys Congress time to address the situation of undocumented youth, it should not give them an excuse to delay action," said Kevin Appleby, senior director of international migration policy for the Center for Migration Studies in New York. "These young people remain at risk and deserve permanent protection and a chance to plan their futures. Catholic advocates should continue to push Congress and the president to grant them a path to citizenship."

Archbishop Jose Gomez of Los Angeles, in a statement and via Twitter, warned Feb. 26 that the high court's decision "does not change anything."

"It is long past time for members of Congress to take their responsibilities seriously — seriously enough that they are willing to act with courage to negotiate and seek compromises and resist the temptation to keep using this issue for their political advantage," he said. "People's lives and families' futures hang in the balance."

Without legislative protection, "these young people will lose their permission to work in this country and face deportation. This is wrong and it is up to Congress to make it right," he said.

"Listen to these voices of reason this coming week. (The Dreamers) are valuable members of our neighborhoods, our workplaces and our families," the bishops said. "They contribute to the common good and should be part of our common future as a nation."

Other bishops throughout the country, too, voiced their support for the youth during the call-in day.

In an opinion piece for The New York Times titled "If You're a Patriot and a Christian, You Should Support the Dream Act," Cardinal Joseph Tobin of Newark, New Jersey wrote that "the Gospel of Jesus Christ calls on us to welcome and protect the stranger. This should not be hard to do when the stranger is young, blameless and working hard to make this country a better place."

On Feb. 27, the PICO National Network, a faith-based community organization based in California, has helped coordinate the "Catholic Day of Action with Dreamers" along with Faith in Public Life and a coalition of Catholic social justice organizations based in Washington. At least one Catholic prelate, Bishop John Stowe of Lexington, Kentucky, will participate.

"The groups are demanding a new policy which protects Dreamers while not harming their families and communities," the groups said in a Feb. 26 statement.

President Trump has some success working with Democrats