by Jesse Remedios
Justice
This article appears in the Trials of Nonviolence feature series. View the full series. 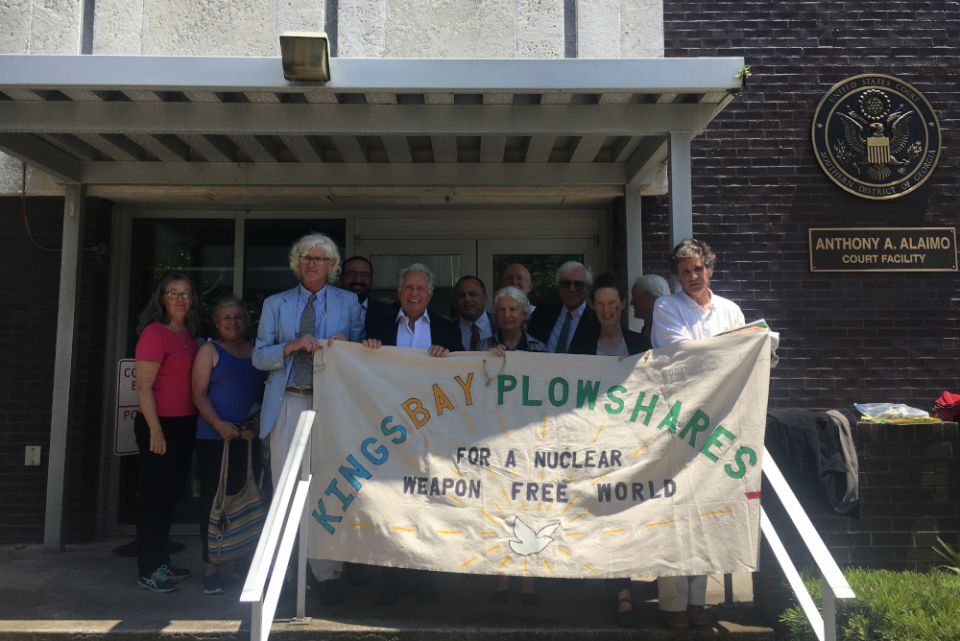 Trials of Nonviolence: The Kings Bay Plowshares story is a three-episode podcast series exploring the motives of seven Catholic peace activists who broke into a nuclear submarine base in Georgia. In the third episode, Bertelsen intern Jesse Remedios tells the story of how the activists fought the United States justice system. The first episode can be found here. The second episode can be found here.

In some ways, breaking onto a nuclear submarine base was just the beginning of their witness. After their arrest, the Kings Bay Plowshares 7 faced another formidable challenge: the United States justice system.

In this third and final episode, we hear the Plowshares activists explain why trial and sacrifice have always been essential to their movement. For one activist, sacrifice included spending her 79th birthday in a jail cell.

We will hear from: