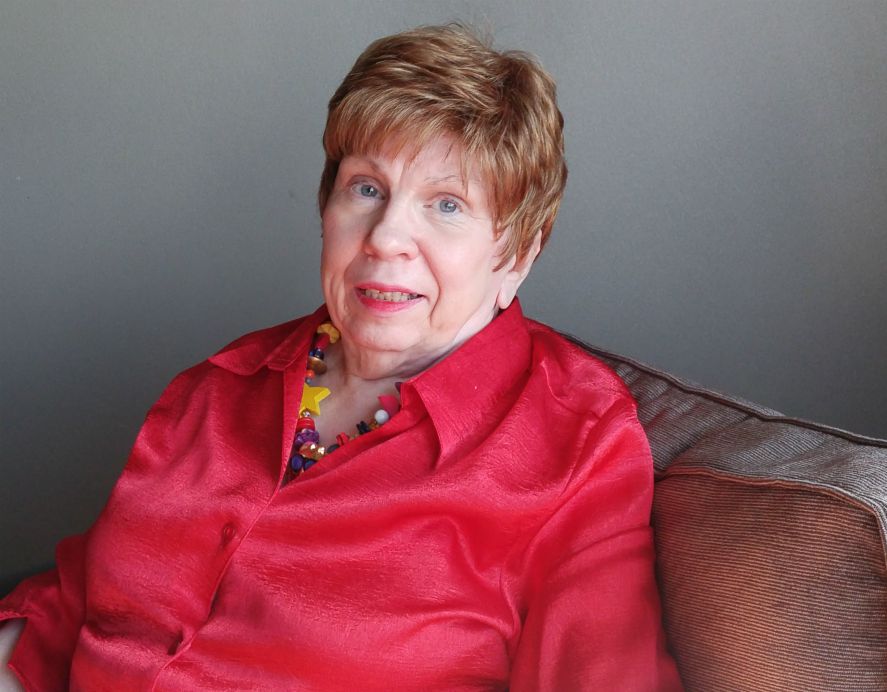 Kristine Ward was chair and co-founder of the National Survivor Advocates Coalition, formed in 2009 by lay Catholics with an intent focus on promoting justice for abuse survivors and educating other Catholics about sexual abuse.

A memorial Mass Dec. 9 in Dayton, Ohio, will remember Kristine Ward, a lay Catholic compelled by the Boston Globe's 2002 clergy sex abuse investigations to become a prominent advocate for survivors.

Ward died Nov. 9 after a years-long battle with cancer. The Mass will take place at Queen of Martyrs Church, in Dayton, followed by a celebration of life reception.

Ward was chair and co-founder of the National Survivor Advocates Coalition, an organization formed in 2009 by lay Catholics with an intent focus on promoting justice for abuse survivors and educating other Catholics about sexual abuse.

"She was just a fierce and loving advocate, and she set the bar high for the Catholics in the pews, and I think that will be her legacy, that very strong and uncompromising voice of hers," said Anne Barrett Doyle, co-director of BishopAccountability.org.

Jason Berry, a leading journalist and author in unmasking the clergy abuse scandal, described Ward as "a moral advocate for survivors" who worked tirelessly on their behalf.

Friends and colleagues remember Ward as a dynamic speaker, fierce defender and fun-loving. It was Ward who introduced an ice cream social at annual Survivors Network of those Abused by Priests (SNAP) conferences as a way to help attendees feel more comfortable and also to add some cheer before serious and, often emotional, discussions.

"There's a lot of people in the movement that do great things and you like and respect them, but Kris was somebody you had a good time with," said Barbara Dorris, SNAP executive director. "When you were with Kris, you knew you were going to have a good time."

"From the tip of her flame-colored hair to her cherry-red lips and scarlet nails, Kris Ward was a walking firebrand," her close friend Ginny Hoehne stated in a testimonial she plans to read at the memorial service. "But the true flame came from within. The flame of love, compassion, caring, and desire for justice for children of abuse. Those abused by war, and those abused by clergy, Kris devoted her life to find justice for these hurting souls."

A former UPI reporter, Ward grew up in Pennsylvania and earned a degree in broadcast journalism from Penn State University. Like many Catholics, she was devastated in 2002 by the Boston Globe's Spotlight investigations into the sexual abuse of children by at least 70 priests and the cover-up efforts undertaken by the Boston Archdiocese. Rather than hold her in despair, the revelations shook her to take action.

"The true flame came from within Kris Ward. The flame of love, compassion, caring, and desire for justice for children of abuse. Those abused by war, and those abused by clergy, Kris devoted her life to find justice for these hurting souls."
— Ginny Hoehne

"I think she just felt the need to somehow serve these children. She has always been interested in the betterment of children, even though she had no children herself," Hoehne said.

Ward was among the first members of the lay church reform group Voice of the Faithful, which formed in the wake of the Globe reports. She co-founded its Dayton chapter, was twice elected vice president, and was a long-serving member of the organization's survivor support working group.

Following an unsuccessful bid for president of Voice of the Faithful in 2008, Ward joined other members of the survivor support working group, disbanded through a reorganization, in forming the National Survivor Advocates Coalition (NSAC) "so we could keep on doing the work that we were doing," said Steve Sheehan, a chair of the working group and fellow NSAC co-founder.

That many of NSAC's members were not abuse survivors themselves differentiated it from other advocacy groups.

"The fact that they were non-survivors, that they are supporters and so willing to publically demand accountability was very important," Dorris said.

A primary focus for NSAC centered on creating awareness and educating Catholics in the pews about the clergy abuse crisis. The NSAC newsletter, compiled by Sheehan, delivers to 4,000 subscribers five days a week the top stories regarding sexual abuse. Often, the newsletters included editorials penned by Ward, with several reprinted on the NCR website.

Barrett Doyle credited the newsletter as creating "a shared conversation" among Catholics about sexual abuse. She said Ward's statements, often mixing colloquial and colorful language with Scripture passages, exerted continued pressure for accountability not just from church hierarchy but also from those in the pews.

"She really understood the complicity of lay Catholics in this phenomenon, in this crisis of clergy sexual abuse. Children could not have been abused without our deference to priests and bishops," Barrett Doyle said.

In an editorial on the 10-year anniversary of the Globe series, Ward wrote:

This largest crisis in the Roman Catholic Church in the last 500 years didn't begin on January 6, 2002; all of the survivors, known and unknown, living and dead are courageous testament to this. But what Boston did do was to bring together a perfect storm that captured attention … NSAC asks our fellow Catholics and all men and women of goodwill most particularly on this anniversary to re-examine their consciences, lift the veil, be not afraid to look truth squarely in the face no matter the pain, and in the language of the Catholic religion: follow the Lord.

Ward's pursuit of standing for others also led her to work for nearly two decades with Rwandan refugees who fled genocide in their home country. In that work, she served on the board of House of the People, a Dayton non-profit organization that has provided Rwandans with resettlement assistance since 1995.

Along with Ward's dedication to justice, she also sought to bring joy into people's lives. The ice cream social that NSAC sponsors on the first night of the SNAP conference has become a popular tradition in recent years.

Dorris remembered being in New York during Pope Benedict XVI's 2008 U.S. visit with Ward and others looking for a ride back to the hotel. Rather than hail a traditional taxi, Ward suggested they all pile into a pedicab.

"She stuffs a bunch of us in this bicycle taxi, and we are careening through Times Square thinking 'We are going to die!' " Dorris recalled. "But, you know, we're laughing the whole time, because Kris has decided none of us have ever been in a bicycle taxi, we need to do this. When you're with Kris, you just have fun."

Despite her cancer diagnosis, Ward continued her advocacy through the end of her life. In July, she joined others calling for accountability during the U.S. bishops' meeting in Indianapolis and attended a planning meeting for The Accountability Project — an international program conceived by SNAP founder Barbara Blaine.

A close friend to Blaine, who died in September, Ward, restricted to a wheelchair, booked an Uber ride-hailing vehicle to transport her and others the 300 miles from Dayton to Chicago for the memorial service. The gathering, in retrospect, served as a way for Ward to reconnect with many people in the survivors movement she had worked closely with throughout the years.

"She was a passionate, dedicated and fearless advocate for victim survivors of childhood sexual abuse, especially when caused by those officially representing the Catholic Church no matter who they were," said Notre Dame de Namur Sr. Maureen Paul Turlish, a fellow NSAC co-founder.