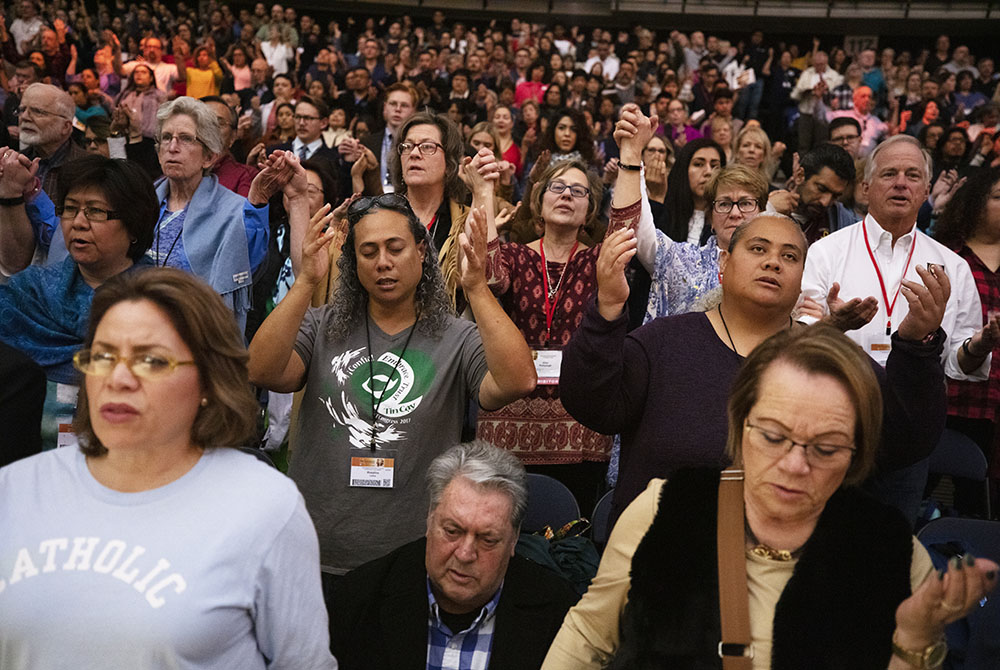 Organizers of the Los Angeles Religious Education Congress, the largest annual gathering of Catholics in the United States, have suspended plans for an in-person gathering in 2021 and will instead host a virtual meeting next year.

In an internal email obtained by NCR, the event's organizer said the COVID-19 pandemic has forced the event online due to safety concerns.

"Concerned for the safety of our attendees and the feasibility of an in-person event, the RE Congress team and I met with Archbishop Jose Gomez to discern the most effect way of offering the Religious Education Congress 2021," wrote Sr. Rosalia Meza in an email to the Archdiocesan Catholic Center on June 29.

The annual event, sponsored by the Archdiocese of Los Angeles, dates back to 1956 and has since grown into a four-day event drawing over 40,000 Catholics from around the world to the Anaheim Convention Center in California.

"Although the decision was not made lightly, we are excited about the enormous opportunities that lie ahead," wrote Meza. "Our hope is that a virtual event can reach even more people locally, nationally, and internationally than ever before."

An official from the Archdiocese of Los Angeles confirmed to NCR that the conference will now take place online.

The Los Angeles Religious Education Congress is one among several high-profile Catholic events around the world which have had to shuffle its plans due to the pandemic.

A version of this story appeared in the July 24-Aug 6, 2020 print issue under the headline: LA Congress to go virtual for 2021 due to ongoing pandemic.