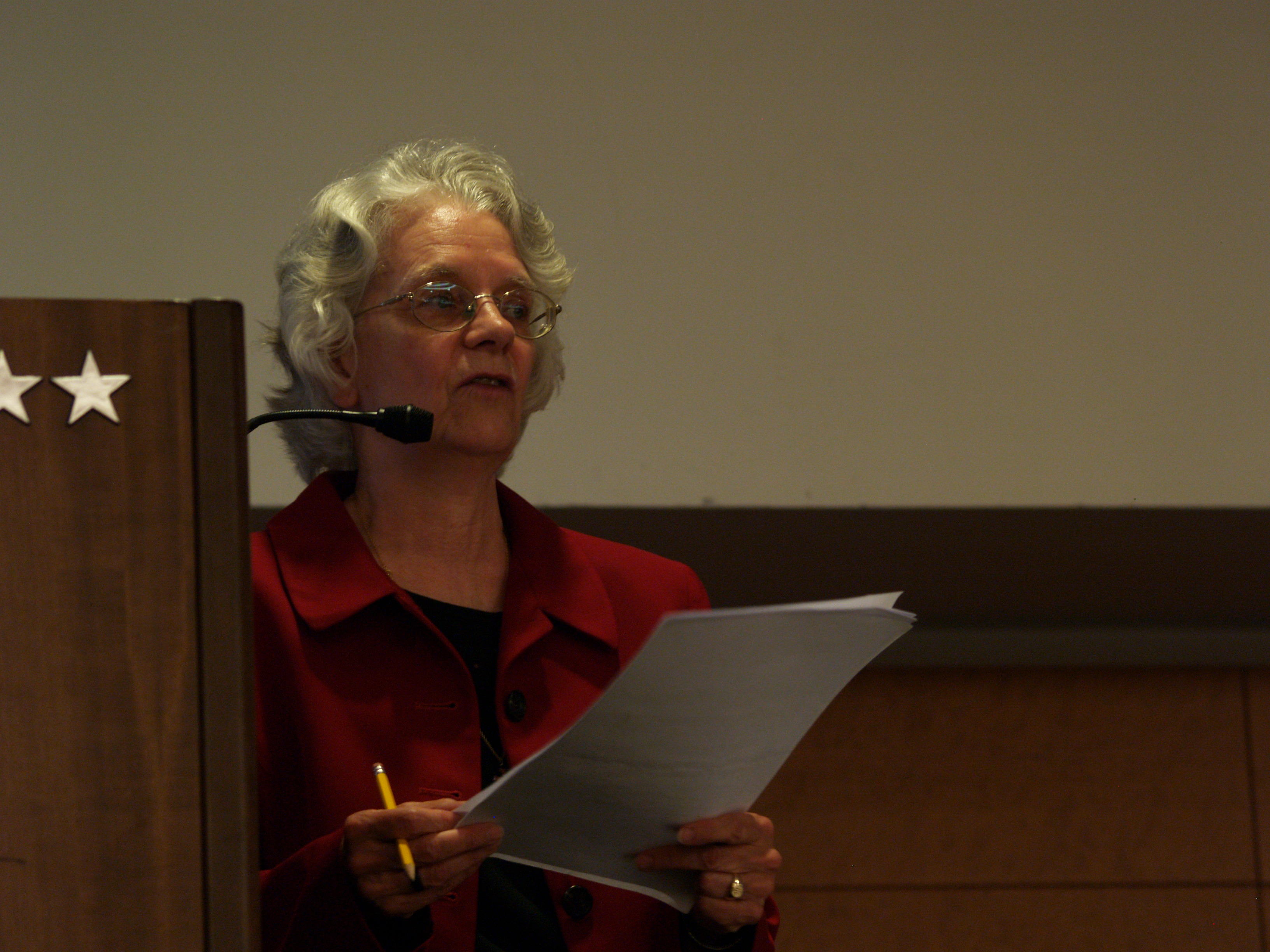 “Serious misunderstandings” exist between Vatican officials and Catholic sisters, the head of the U.S. sisters’ group that was ordered to place itself under the review of bishops told some 800 of her global peers Saturday.

Franciscan Sr. Florence Deacon, president of the Leadership Conference of Women Religious (LCWR), addressed the sisters during the plenary assembly of the International Union of Superiors General, a group of nearly 2,000 leaders of women religious throughout the world.

Deacon's remarks constituted LCWR's most public narrative of their relations with the Vatican. Citing a need to continue dialog with church prelates, the group has kept a tight lip on their discussions.

In a detailed, 20-minute address, Deacon outlined for her peers how her group, which represents about 80 percent of the some 57,000 U.S. sisters, had been ordered to revise itself last April by the Vatican’s Congregation for the Doctrine of the Faith.

“We at the Leadership Conference of Women Religious find ourselves in a very difficult place right now,” Deacon, who is also the superior general of the Sisters of St. Francis of Assisi in St. Francis, Wis., began her address.

Mentioning several times the Vatican congregation’s mandate, which gives three U.S. bishops ability to revise and reform LCWR, Deacon said the group had been “held accountable for other individuals and for areas beyond our authority” and “beyond our purpose.”

The mandate, which was released in April 2012, appoints Seattle Archbishop Peter Sartain as the group’s “archbishop delegate” and gives him final authority over its workings.

At one point during her talk, Deacon questioned what knowledge the new pope had of the situation of the U.S. sisters, mentioning that a previous press release from the Vatican’s doctrinal congregation, issued after its first meeting with Francis, had not mentioned the issue.

“This makes us wonder how much actually was brought up to the pope,” said Deacon, referring to the fact that before his election as pope, Cardinal Jorge Bergoglio was archbishop of Buenos Aires, Argentina.

“I doubt if he followed us very closely when he was in Argentina,” she said. “We wonder if he was told much at all, and we assume he would have, if told anything, it would have been as written in the report of the assessment” by the doctrinal congregation.

Deacon ended her talk by again mentioning the new pope, referring to his remarks on the night of his election to the papacy, when he told those assembled in St. Peter’s Square to see him for the first time he sought to begin a “journey of brotherhood, love and trust.”

“That’s specifically what we are asking for and hoping for,” said Deacon. “We pray that the election of Pope Francis will mark a new relationship between Roman Catholic sisters and the Vatican hierarchy in this journey of fraternity, trust, and love -- bishops and people together as we try to live the Gospel as faithful Christians in our day.”

Previous to the expression of hope, however, Deacon gave a detailed run-through of several of the Vatican’s claims against her group, which were released in a formal report called a “doctrinal assessment” in April 2012.

Many of the claims made in that report, Deacon said during the talk, misrepresented LCWR’s work or its functions. Rebutting several of the points in the report specifically, Deacon said several of them misconstrued LCWR as the only authority over U.S. Catholic sisters.

In one example, she said Vatican officials “were concerned about the formation program of individual congregations.”

“LCWR has no authority over the formation programs of an individual congregation,” she said. “That is their responsibility.”

“We are a leadership development organization, a networking organization,” she continued. “Our goal is not set up as an organization to teach church teaching.”

Deacon said LCWR particularly noted that the Vatican mandate for her group’s reform asked it to “give a place of priority” to celebration of the Eucharist at its annual conference.

“We always have the Eucharist daily at our conference,” she said. “By putting in here that we must do it, people thought we weren’t and thought we had to be told to be prayerful women.”

Several times, Deacon also mentioned that the Vatican had said it was not commenting on the work of individual sisters, but only their leadership organization.

“They made the distinction that they were concerned about the leadership conference and not about sisters,” she said. “But we are elected by our sisters. And our sisters and the laity and the People of God took it not as a censoring of a particular leadership group, but of United States Catholic sisters. And the sisters saw it as criticism of themselves and were deeply hurt by it.”

“What this assessment shows is that there is serious misunderstanding between officials of the Vatican and women religious, and the need for prayer, discernment, and deep listening,” she said.

Following Deacon’s talk, a few of the some 800 assembled sisters stood to ask questions of her about the American situation. One thanked her for giving a “non-violent response” to the Vatican’s move.

Dominican Sr. M. Viviana Ballarin, an Italian who serves as the head of her country’s LCWR counterpart, the Union of Major Superiors of Italy, said she wanted to offer “solidarity” to Deacon and LCWR on behalf of her group.

“We assure communion in prayer and in our identity as consecrated religious,” said Ballarin, as applause broke out in the group.

Questions regarding LCWR’s situation have also permeated some of the side conversations during the five-day plenary meeting of the international sisters’ group.

At one coffee break Friday, several heads of separate Australian orders told NCR they were each looking at LCWR’s response.

“It’s had a huge impact in Australia,” said Mercy Sr. Catherine Ryan, who heads the order’s congregation in Parramatta, Australia.

See below for the full text of Franciscan Sr. Florence Deacon's remarks, as transcribed by NCR.