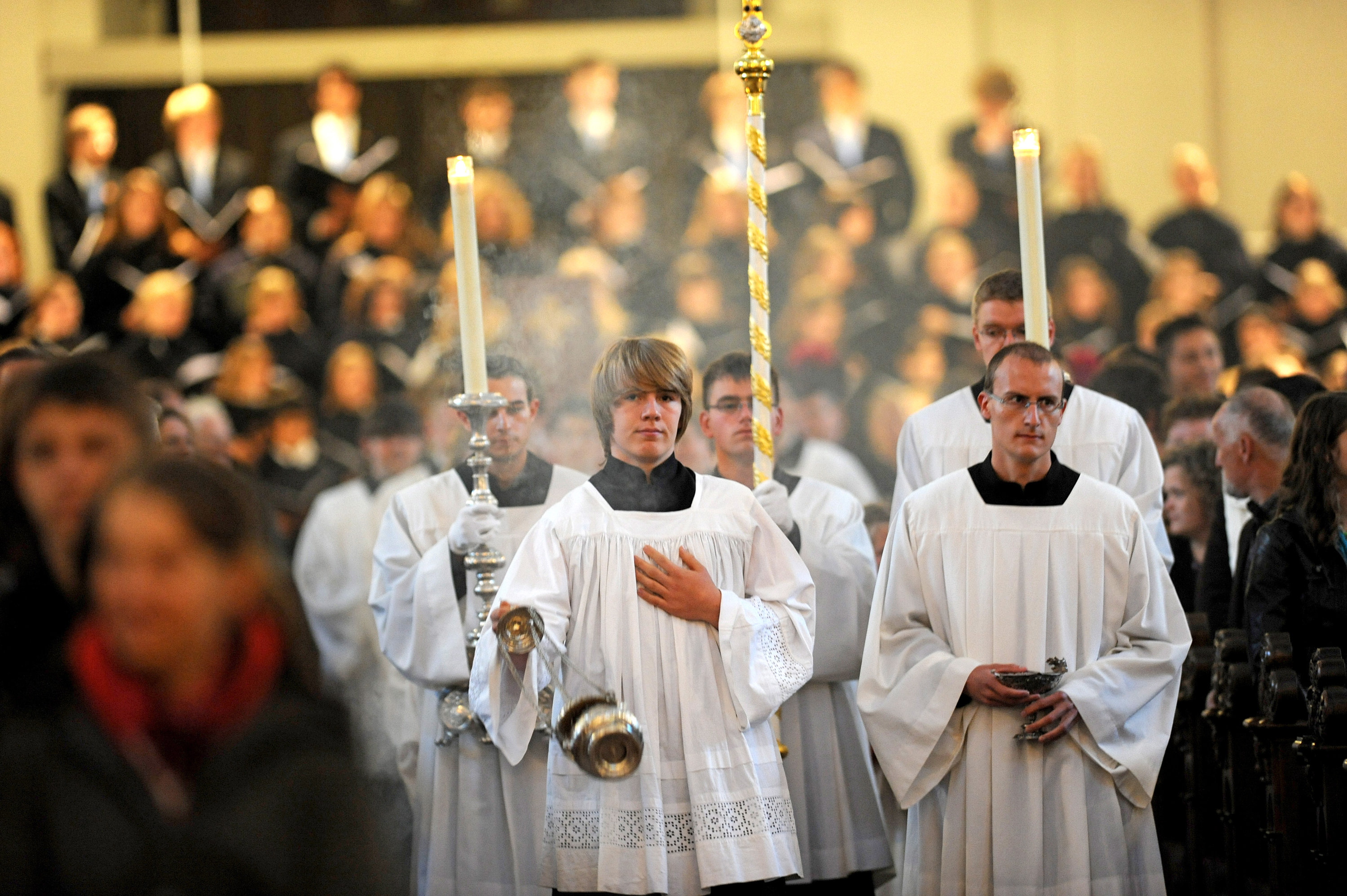 An altar server swings a censer during the opening Mass of the annual meeting of the German bishops' conference in 2010 in Fulda. A 350-page document leaked to German media and published Sept. 12 documents nearly 3,700 cases of alleged sexual abuse of minors by Catholic priests, deacons and clergy in Germany over a 68-year period. (CNS/EPA/Uwe Zucchi)

Editor's note: This story was updated 9:00 a.m. Central time Sept. 14 with comments from Bishop Gebhard Furst and more information about the Rottenburg-Stuttgart diocese

A 350-page document leaked to German media and published Sept. 12 documents nearly 3,700 cases of alleged sexual abuse of minors by Catholic priests, deacons and clergy in Germany over a 68-year period.

The release of the document caused shock in Germany, with many criticizing the German bishops' conference for its detailed knowledge of the abuse and their silence about it.

The four-year study examined cases from the postwar era in 1946 to 2014. Approximately 1,670 priests were implicated in the study, the news outlet Deutsche Welle reported. According to Welt news, more than half the victims were 13 years old or younger at the time of the abuse.

Deutsche Welle reported the church pursued only one-third of alleged abusers, who received minimal sanctions or none, while other accused priests often were relocated to other parishes without any information about the allegations being made public.

The bishops' conference denounced the publication of the document by the media, calling it "irresponsible."

Bishop Stephan Ackermann of Trier released a statement on behalf of the conference, stating the bishops had planned to discuss the study during their autumn plenary assembly Sept. 25 and would continue to do so, in order to "handle ... the consequences to be drawn from it."

"This development is even more aggravating, as until now the comprehensive study was not known even to [some] members of the German bishops' conference," said Ackermann.

"We know the extent of the sexual abuse exposed through the results of the study," said Ackermann. "It is depressing and shameful for us."

All 27 dioceses in Germany participated in the research project, led by forensic psychiatrist Harald Dressing of Mannheim and conducted to achieve more "clarity and transparency," said the bishops' conference.

Ackermann said the study provides data for the bishops to analyze to gain insights into the actions of perpetrators and the behavior of church officials in recent decades.

The conference said that from Sept. 24-27, it would make phone counseling available to people upset about the media reports.

The report was made public the same day the Vatican announced Pope Francis was calling the presidents of every Catholic bishops' conference in the world to Rome Feb. 21-24 to discuss the prevention of the abuse of minors and vulnerable adults.

The following day, Bishop Gebhard Furst of Rottenburg-Stuttgart called the results of the leaked study "horrifying."

"Transparency in handling cases of abuse must also be our line of approach from this point onward," Furst told the media.

The bishop said the diocese contributed to the research project by providing files from 2000 to 2014, meaning the records of all active and retired priests since 2000 had been examined. He said the diocese had turned over 1,950 personnel records for the study.

Stuttgart was the first diocese in Germany to set up a special commission on sexual abuse, in 2002. The same year, the topic of combating sexual abuse was established as part of priestly formation in the diocese. A special administrative department for prevention and protection of youth and children was installed in the diocese in 2012.

Since 2001, the records of the diocese were systematically inspected and every allegation of sexual abuse was researched and archived, said Furst. He said 72 ordained clergy in the diocese were accused of abusing minors, with 45 accused clergy already deceased. Criminal perpetration of an offense could not be proven with evidence in all cases.