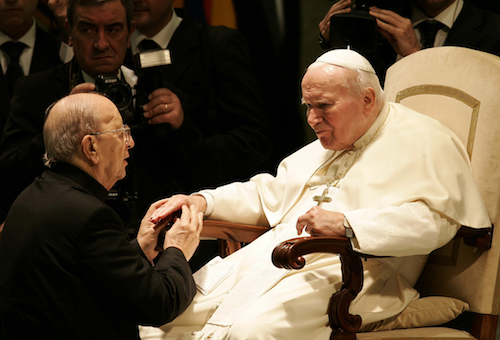 The Legion of Christ religious order, which was discredited by its pedophile founder and the cult-like practices he imposed, says an internal investigation has identified 33 priests and 71 seminarians who sexually abused minors over the past eight decades.

A third of the priestly abusers were themselves victims of the Legion's late founder, the Rev. Marcial Maciel, while others were victims of his victims — a multi-generational chain of abuse that confirms Maciel's toxic influence spread throughout the order.

The Legion counted 175 victims of the priests, but didn't provide a number for the victims of the seminarians, most of whom were never ordained and left the congregation.

The Legion released the statistics on Saturday, Dec. 21, the same day Pope Francis accepted the resignation of the Legion's biggest defender at the Vatican, Cardinal Angelo Sodano, as dean of the College of Cardinals.

Sodano, who was secretary of state under St. John Paul II, had for years blocked the Vatican from investigating sex abuse allegations against Maciel, even though the Vatican had documented evidence dating from the 1940s that he was a drug addict and pedophile. Under John Paul, however, Maciel was adored at the Vatican for his supposed orthodoxy and ability to produce donations and vocations.

The Vatican in 2010 took over the Mexico-based Legion and imposed a process of reform after an investigation showed that Maciel had sexually abused seminarians and fathered at least three children with two women. The Vatican found he had created a system of power built on silence, deceit and obedience that enabled him lead a double life "devoid of any scruples and authentic sense of religion."

Two-thirds of the Legion's priestly victims — 60 — were Maciel's victims, the report found. Most were boys between age 11 and 16.

The 33 priestly abusers represented 2.44% of the 1,353 Legion priests ordained since 1941, the report found. That percentage is far lower than national averages of credibly accused priests over a similar period in the U.S. or Australia, where the percentages are 5.8 and seven, respectively. 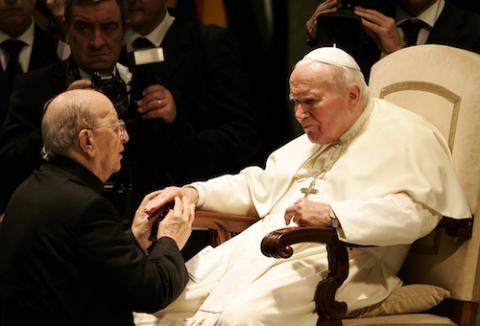 The Legion acknowledged that more victims may come forward with other accusations, and attributed the comparatively low percentage to the fact that 60 of the seminarians who abused weren't ordained as priests.

The Legion only published the names of four U.S.-based priests who were among the 33 abusers, saying ethical and legal considerations prevented identifying the others. U.S. religious orders and dioceses have been publishing names of credibly accused priests following the re-eruption of the scandal there.

A former Legion priest, the Rev. Christian Borgogno, said the report debunks the Legion's effort to blame all its problems on Maciel alone and showed that abuse festered far beyond his inner circle.

In a series of tweets, Borgogno questioned the seemingly low number of abusers, noted some had been ordained even after allegations against them were known, and complained that the report said nothing about the web of cover-up that allowed Maciel and others to continue abusing.

The report acknowledged that it was limited in scope, didn't address issues of abuse of power or conscience, or matters of cover-up and negligence, but said that was an "important pending task."

It said it was publishing the report to as a first step on a "path of reconciliation" with victims, by recognizing the history of abuse in the order.

The Legion leadership is due to consider the report at a general meeting next month.

A version of this story appeared in the Jan 10-23, 2020 print issue under the headline: Legion reports 'chain of abuse' since its founding.