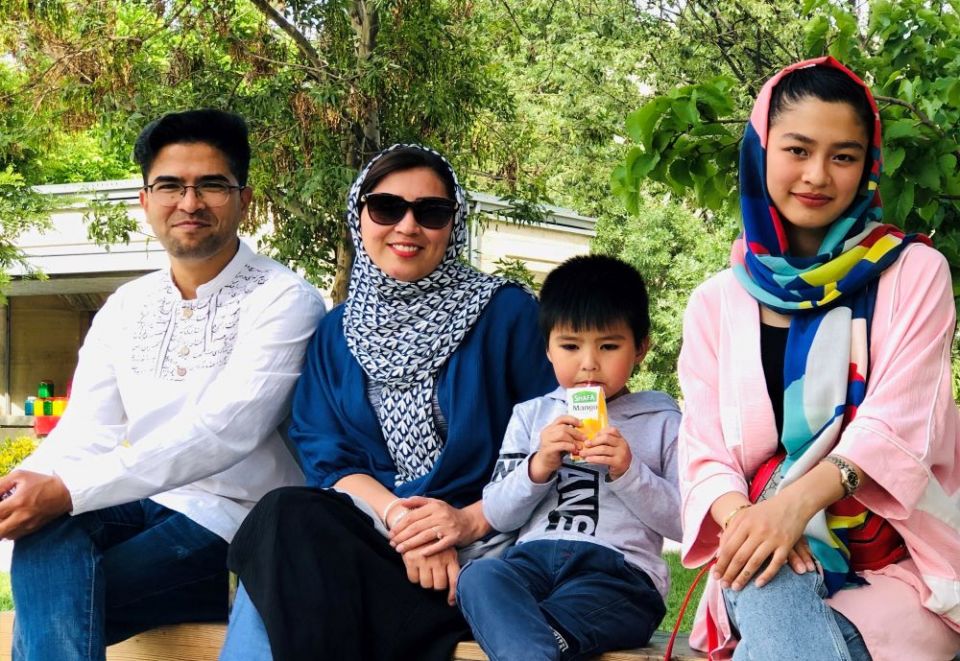 Led by its Center for Peacemaking, Marquette University and local groups in Milwaukee are busy preparing to welcome Afghan refugees who fled their country after Kabul fell to Taliban forces in August.

Marquette is offering hospitality, financial support and free tuition to eligible Afghans who want an education to help start new lives. The university is particularly eager to welcome Basir Bita, a 36-year-old human rights activist, translator and longtime colleague of the Center for Peacemaking.

Bita, his wife Hosnia, their 17-year-old daughter Mahdia and 5-year-old son Barbod arrived in Canada on Oct. 22 after a harrowing journey. Because Bita worked for a Canadian NGO in Afghanistan, he and his family expect to become Canadian citizens.

"I got to know Basir about 10 years ago when I was traveling often to Afghanistan," the Center for Peacemaking's director Patrick Kennelly told NCR. "We were offering a noncredit course on peacemaking and nonviolence. Basir helped as a co-instructor, especially with translations." He also was a member and leader of the Afghan Peace Volunteers, a group that the center worked with closely, Kennelly added.

A decade of close connections between Marquette and Afghan rights activists has forged a unique bond between the university community and people on the other side of the world, said Chris Jeske, the center's associate director. Many Center staff members, undergraduate and graduate students, and Marquette alumni have visited Afghanistan to learn more about the rights struggles there.

The center also made sure that Marquette students could also learn about that struggle on their own campus, Jeske said.

When Kabul collapsed so quickly this fall, Kennelly said, "a group of folks who were friends of the center immediately asked what could be done. We realized that for so many resettled refugees, education was a ticket to improve their lives." He explained that F1 Visas — student visas — would also allow students like Bita to bring their families when they came to study at Marquette.

In short order, the Center for Peacemaking, the Islamic Society of Milwaukee and some Marquette fundraising and campus ministry personnel teamed up to raise $110,000 for an Afghan Education Fund. Even the Notre Dame School of Milwaukee, a Catholic grade school, wants to accept Bita's son Barbod as a tuition-free student.

"We have about $40,000 to go to reach our goal," Kennelly said. "Our hope is that we can not only support Basir and his family, but others with refugee or asylum status who can get U.S. government aid to go to school. This fund can help with things like housing and food. As a Catholic Jesuit institution, we really take the mandate of welcoming the stranger very seriously."

Bita, currently living in Vancouver, is deeply grateful for the welcome offered at Marquette. He is even more grateful, however, that he and his family can now feel relatively safe following months of trauma, death threats, beatings, verbal abuse and simply not knowing if they'd survive.

Bita, fluent in English, told NCR he can see that his children are beginning to relax. The journey from Kabul to Canada was dangerous, exhausting and took months.

'As a Catholic Jesuit institution, we really take the mandate of welcoming the stranger very seriously.'
—Patrick Kennelly

"We made eight attempts to get on an evacuation flight out of Kabul after Kabul fell," Bita began, "but all of our attempts failed." Like thousands of Afghans threatened by Taliban reprisal, the Bitas knew they would have to leave. "On August 26, we were at the Kabul Airport when the huge explosion took place that caused the death of 13 American soldiers and almost 200 civilians."

Bita said this alone was enough to terrorize his children, especially his son. But attacks and threats got more personal when they were forced to walk back home after failing to get flights. They often walked through the city's sewage canals and were once confronted by Taliban soldiers.

"We were all beaten, but I was beaten severely. Then, one of them took my work phone," he recalled. "I also remember that after our seventh failed attempt at getting on a flight at the airport, we were coming back home in a taxi. I was playing with my son, trying to change his mood. He started laughing, but then even while he was laughing, he started to cry. He was so traumatized."

The Bita family eventually traveled overland to northern Afghanistan and flew to Pakistan. There, they waited for Canadian permission to fly to Toronto and later to Vancouver. When they get permanent residence cards from Canada and an American F1 student visa, the Bitas will be free to travel to Marquette.

"I will study for a master's degree in mental health counseling," Bita said. He chose counseling because he and his family have gone through such trauma and he knows that 40,000 Afghans resettled in Canada may need help. "They have all gone through some trauma and will need support."

Supporting and helping others is apparently deeply ingrained in this Afghan's history and heart.

"I come from a deeply religious family," Bita explained. "I was born in Iran and my grandparents hoped that I would one day become a ‘mullah,' a member of the Muslim clergy. But, as I was growing up as an Afghan refugee in Iran, my mindset was changed." Access to education and freedom to travel in Iran were denied to refugees — even if they'd been born in Iran. He resented the repression.

At 18, Bita moved to Afghanistan to go to Kabul University. In that new setting, he started re-evaluating the way he'd once practiced Islam. In those earlier days, he saw every non-Muslim as an infidel. "To be honest, I believed that if I managed to kill some infidels, I would surely go to heaven!"

Later he "could see how insane and inhuman it was," he said. "But it's not only the Iranian government that shows favoritism for some, and discrimination against others. Many nations or groups maintain that they are a ‘chosen people,' different than others."

"Ultimately, I recognized that there's no difference between you and me, between the Taliban and other people. First, we are all human beings. Then, we are Americans, Canadians or Afghans and Catholics or Muslims."

Today, Bita considers himself a citizen of the world and practices Sufism, a form of Islamic mysticism. "I'm sad and worried about Afghanistan since the Taliban has regained power." he said. "Twenty years of international and Afghan efforts to reconstruct the country, to make it a country in which many people could find themselves have failed."

Bita has "developed a sense of global citizenship," he said. "I don't believe that I belong to Afghanistan or will ever belong to Canada. My country is this planet. I will never feel homesick for Afghanistan as many others will." He also feels a responsibility to do whatever he can to "protect humanity and our togetherness."

Bita is not sure that Americans or Canadians can understand what it's been like for his family or other refugees who had to leave their country to find a new life.

"I really think," he said after a moment of reflection, "that people would need to go through all of it to know what it's like to be beaten, persecuted and have friends taken away whom you never see again."

Kennelly, the Marquette center's director, has suggestions for other communities that hope to welcome Afghan refugees.

"I think the core of this is remembering the importance of presence and building of person-to-person relationships," he said. "When we really know people, we can be empathetic and respond to their needs. As more Americans encounter Afghans, more relationships can form, and the better it will be. These new friends will be able to thrive."

Related: As Afghan refugees restart their lives, US sisters do their part to help 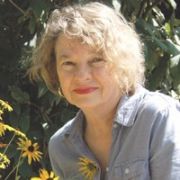 Catherine M. Odell is a freelance writer and editor and the author of 14 books, including one co-authored with Margaret Savitskas, Angels of the Lord: 365 Reflections on Our Heavenly Guardians (Our Sunday Visitor, 2016).

Year in review: Immigration battles continue as 2018 comes to an end