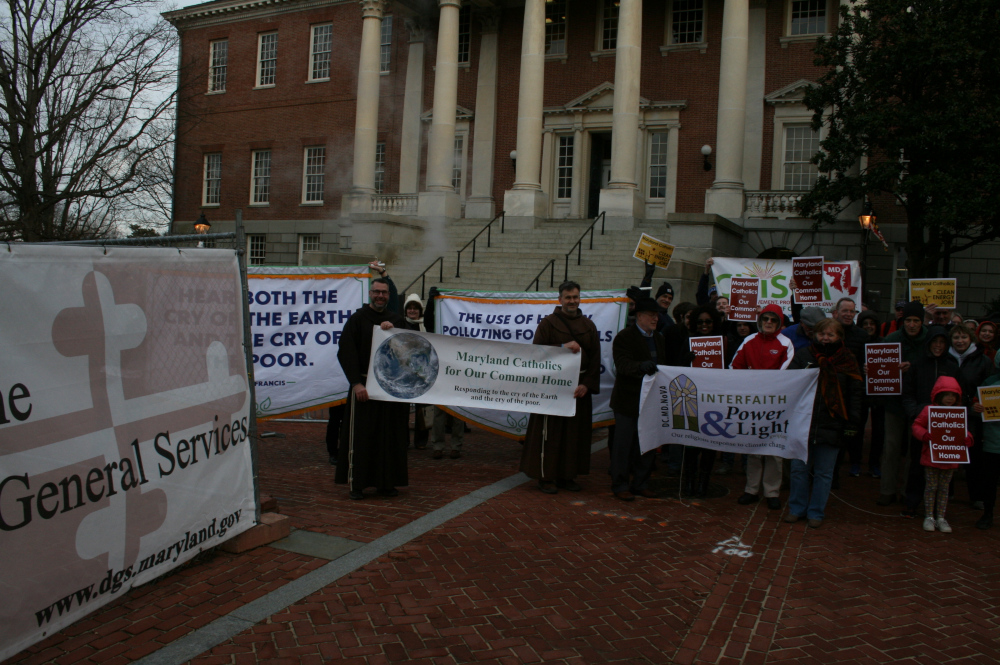 A grassroots gathering of Catholics marched to the Maryland State House in Annapolis on Feb. 18 to advocate directly for the Maryland Clean Energy Jobs Act.

The gathering was organized by Interfaith Power & Light, an organization that works with congregations of all faiths across the Washington, D.C., Maryland, and Northern Virginia area to save energy, go green and respond to climate change. Other organizations co-sponsored the event, including Sisters of Mercy, Northeast Catholic Community, and Franciscan Action Network.

"This was really a groundswell of Catholic parishes in Maryland who feel the call from the pope to take climate action was unequivocal and want to see that respected at the state level," said Power& Light director Joelle Novey.

Fr. Jacek Orzechowski, who helped organize the event, said that 10 to 12 different parishes in Maryland were represented. "We had members of diverse communities speaking about the impact of climate change in Africa, Latin America and here locally in Annapolis," said Orzechowski.

He told NCR that the event stressed the "moral dimension of climate change and urgency in dealing with that issue" that is expressed in Pope Francis' encyclical "Laudato Si', on Care for our Common Home."

The group first convened at St. John Neumann Church in Annapolis at 2:30 p.m. for a "teach-in" to learn about the Catholic tradition on the environment. At 3:20 p.m. they held a prayer service at the church before proceeding to the State House at 4:15 p.m.

At the State House, they joined with a larger group, the Maryland Climate Coalition, for a "lobby night" to directly urge legislators to pass the Clean Energy Jobs Act.

According to Novey, about 100 people attended the teach-in and prayer service and between one-third to half of them participated in lobby meetings at the State House.

The act, according to Power & Light, "cares for Maryland communities and Creation" by requiring 100 percent of Maryland's energy to come from renewable sources by 2040, funding clean energy workforce development and eliminating trash incineration from Maryland's Renewable Portfolio Standard.