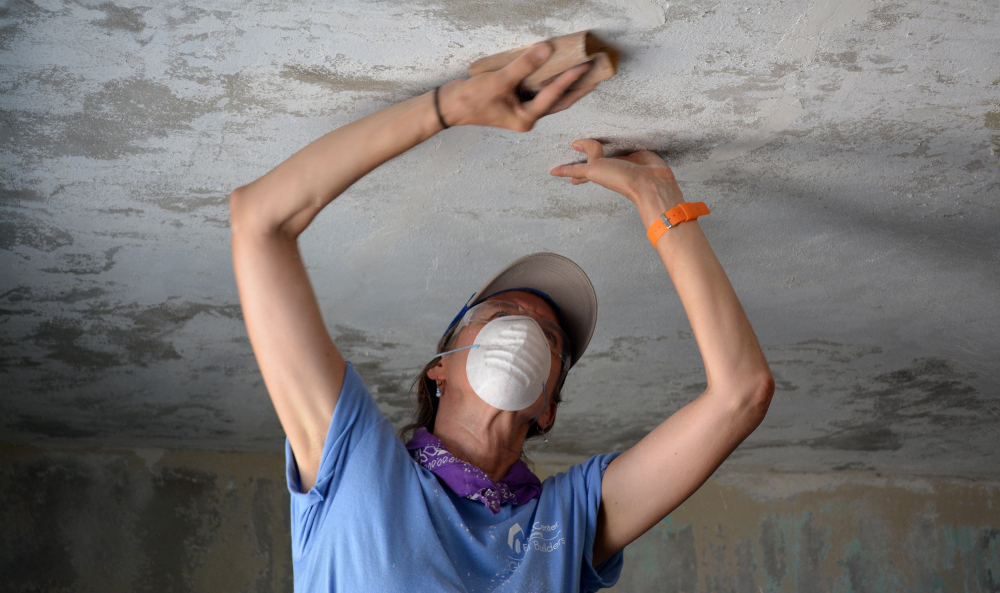 Although Puerto Rico's post-hurricanes coverage has disappeared from the daily news cycles, Catholic workers have not forgotten the fact that thousands in this Caribbean island are still in dire need of a helping hand.

Eighteen volunteers from St. Francis Builds, a program based in St. Camillus Catholic Church in Silver Spring, Maryland, recently demonstrated its continued commitment in Latin America. Its initial mission was to Guatemala in 2006.

St. Francis Builds brought its volunteers to Maunabo July 22-29. It is one of several southeastern towns that received Hurricane Maria's head-on impact last Sept. 20. Municipal authorities estimate 90 percent of Maunabo's wooden structures were damaged, many of them destroyed, in this mostly rural town of just over 11,000 residents.

For this mission to Maunabo's Calzada sector, St. Francis Builds teamed once again with the Fuller Center for Housing, based in Americus, Georgia. The goal of the seven-day mission was to repair roofs, finish cleaning indoor dangerous levels of fungus remaining after hurricane flooding and paint houses.

Calzada is a rural, unplanned neighborhood of tightly built concrete and wooden houses on a steep mountain side. Residents were not evacuated prior to Hurricane Maria's landfall.

St. Francis Builds was started by Franciscan Fr. Michael Johnson 12 years ago. He served at St. Camillus for 15 years, including some time as pastor, before being assigned to Boston three years ago.

"I was a chaplain at a safe house in Bolivia for six years," Johnson said in Spanish. "My heart is already Latino."

St. Camillus parishioners Beth Hood and Pat Zapor were team leaders on this mission to Maunabo. Both are longtime veterans of these kind of trips. Zapor's most recent mission was building roofs in Peru last summer.

"At first we did these all through Habitat (for Humanity) ... because they arranged housing, meals, transportation, everything," said Zapor. "As we have evolved over the years ... we have done this through other groups like Fuller; in Nicaragua we worked with Seeds of Learning, which builds schools and community centers." 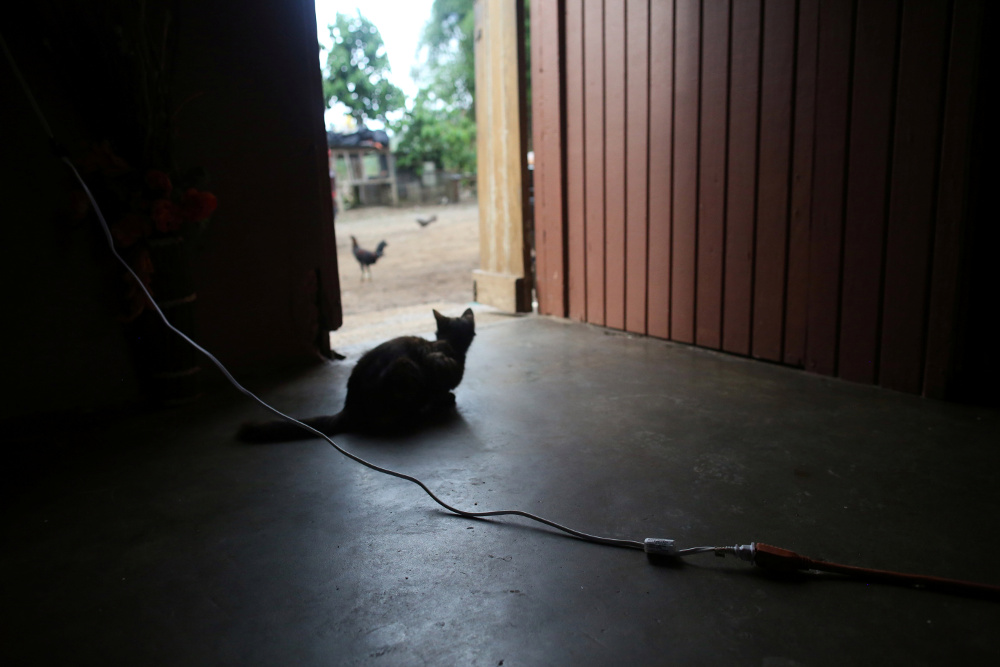 A cat sits next to electrical cables connected to a generator in Utuado, Puerto Rico, May 13. As of late June, the Puerto Rico Electric Power Authority estimated 11,000 homes were still without public electricity in Puerto Rico months after Hurricane Maria struck the island. (CNS/Reuters/Alvin Baez)

In the U.S., its missions have included projects in Houston, New Orleans, West Virginia and the Pine Ridge Reservation in South Dakota. Groups also go on weekend missions to Philadelphia to work at a soup kitchen the Franciscans operate there.

Coordinating all aspects of the Calzada missions is Millie Lebron, an energized volunteer community leader who is a liaison between residents, government and visiting groups. She made the Fuller connection through Fr. Pablo Rivera, a Puerto Rican ministering in Georgia.

"After the hurricane, he called me to inquire about my safety," said Lebron. "Having the information I gave him, he went to Fuller and asked about the possibilities of helping me rebuild my house." The organization agreed and sent Ryan Iafigliola, director of International Field Operations, to interview her and collect more data.

"So I got the idea to gather neighbors and explain what was going on and urged them to ask for Fuller's help," she continued. "Many didn't dare to do it, but 12 did, and so they were included!" she said.

Raul Cruz, 52, and his 98-year-old mother, Juana de Jesus, were among the beneficiaries of this St. Francis Builds mission. Although their house was built of solid concrete, its roof had been slightly leaking before Hurricane Maria came. At their home, volunteers were repairing concrete damage to the roof and applying liquid sealant.

"The roof cracked open," said Cruz. "The hurricane was too strong. If that door and windows hadn't been reinforced with bamboo, all of them would've blown away." De Jesus said the flood's muddy waters reached her while she was lying in her bed in the dark. Three Calzada residents died during the hurricane's passing and several others in the aftermath.

St. Francis Builds' volunteers were joined by some locals, like the Rev. Edgardo Soto, a Calzada native, who is pastor of a Disciples of Christ church and president of Fuller's Puerto Rico chapter.

"As president, the director and I identify homes that need urgent help, and who want it," Soto said. "Many cannot afford to leave their homes in order (for them) to be repaired, because they don't have the resources (to go somewhere else)." His group, he said, "is ready to go anywhere in Puerto Rico, wherever the Spirit takes us."

Also, St. Camillus parishioners Rafael and Christine Quinones of Bowie, Maryland, have been bringing aid to Puerto Rico since flights became available after Hurricane Maria. Rafael is a native of nearby Yabucoa.

They have traveled with the nonprofit Global Solace of Beallsville, Maryland, and Solar Power for Puerto Rico, a Native American, crowd-funded solar project of Now!Solar company of Pasco, Washington. This work has focused on installing solar-powered phone and internet points in town squares up in the mountains and installing solar power systems in schools, libraries and nursing homes.

"When we go somewhere we want to teach people how to build (their own systems), to empower them," said Rafael. "And now we have two businesses doing it here."

As of late June, an estimated 11,000 homes were still without public electricity in Puerto Rico. The rest of the island has unstable service. Calzada received power to homes more than eight months after Hurricane Maria. Street lights remain out of order.

Fuller missions last up to three weeks. The center will sponsor 13 more missions to Maunabo between August and mid-March, with a two-month break for the peak of the hurricane season. The next one for St. Francis Builds is scheduled for Feb. 17-24.