Skip to main content
This story appears in the Women, ordination and the magisterium feature series. View the full series. 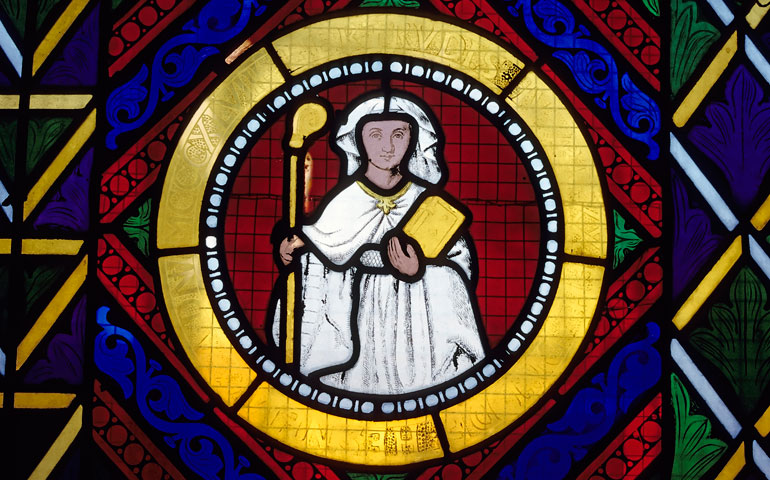 Editor's note: After our editorial "Correct an injustice: Ordain women" (NCR, Dec. 7-20), several readers asked us to provide more background on some of the issues raised by the editorial. This is the second in an occasional series of articles looking at these issues. The first article (NCR, Jan. 4-17) looked at the history of women in leadership roles in the development of the church up to the fifth century. This article picks up from the fifth century.

During the first millennium of Christianity, ordination meant election by and installation of a person to perform a particular function in a Christian community. Not only bishops, priests, deacons and subdeacons but also of porters, lectors, exorcists, acolytes, canons, abbots, abbesses, kings, queens and empresses were all considered equally ordained. This makes perfect sense. An ordo (order) was a group in the church (or society) that had a particular job or vocation. In fact, any job or vocation was called an "order," and the process by which one was chosen and designated for that vocation was an "ordination."

To quote Cardinal Yves Congar, the French Dominican theologian who died in 1995 at age 91, "Ordination encompassed at the same time election as its starting point and consecration as its term. But instead of signifying, as happened from the beginning of the 12th century, the ceremony in which an individual received a power henceforth possessed in such a way that it could never be lost, the words ordinare, ordinari, ordinatio signified the fact of being designated and consecrated to take up a certain place, or better a certain function, ordo, in the community and at its service." Ordination did not give a person, for instance, the irrevocable and portable power of consecrating the bread and wine, or of leading the liturgy, but rather a particular community would charge a person to play a leadership role within that community (and only within that community) and he or she would lead the liturgy because of the leadership role they played within the community. So any leader of a community would be expected to lead the liturgy.

As the quotation from Congar indicated, only in the 12th and 13th centuries did theologians and canonists devise, after lengthy debates, another definition of ordination. According to this definition -- and it is the one with which we are most familiar today -- ordination granted the recipient not a position within a community, but a power that a person can exercise in any community. The central power that ordination granted was the power to consecrate the bread and wine at the altar, and so, over time, ordination was considered to include only those orders that served at the altar, that is, the orders of priest, deacon and subdeacon. All of the other earlier orders were no longer considered to be orders at all.

As a part of this redefinition, women were excluded from all the orders including that of priest, deacon and subdeacon. In fact, it was taught and believed, and still is, that women never performed any of the roles now limited to those three orders. Under the older definition of order, however, women played several liturgical and administrative roles now reserved to deacons, priests and bishops. Evidence from the fourth through the 11th centuries indicates that a few women led liturgies with the approval of at least some bishops. The best surviving example of this is a stone carving dated between the fourth and sixth centuries and found near Poitiers, France; it commemorates that "Martia the priest [presbytera] made the offering together with Olybrius and Nepos." Scholars who have studied the carving agree that this inscription refers to Martia as a minister who celebrated the Eucharist along with two men, Olybrius and Nepos. That the practice continued is witnessed in a letter of Pope Gelasius I from 494 that admonished bishops who confirmed women to minister at the altar. Pope Zachary also condemned the practice of allowing women to serve at the altar. The Council of Paris in 829 made it extremely clear that it was the bishops who were allowing women to minister at the altar. Women certainly did distribute Communion in the 10th, 11th and perhaps the 12th centuries. Texts for these services exist in two manuscripts of this period.

All of this changed over roughly a hundred-year period between the end of the 11th century and the beginning of the 13th. For many different cultural reasons, women were gradually excluded from ordination. First, many roles in the church ceased to be considered as ordained -- most importantly, abbots and abbesses. Powerful women in religious orders went from being ordained to laity. Second, canon lawyers and then theologians began to debate whether women could be ordained to the priesthood or diaconate. Several canonists argued, for instance, that women had once been ordained to the diaconate but now no longer were. By the end of the 12th century, arguments were put forward that women had never been "really" ordained despite references in canon law to the contrary. Finally, by the beginning of the 13th century, canonists and theologians argued that women had never been and could never be ordained since they were physically, mentally and spiritually inferior to men. One Franciscan theologian, Duns Scotus (1266-1308), took a different approach. Women were the equal of men in all ways, but since Jesus had never ordained women, the church could not do so. This is, of course, the position of the magisterium in the present.

Little has changed, then, in the theology of ordination since the 13th century, when the church structure we have now was first solidified. The official teaching on the ordination of women dates from about a hundred years later.

Next: What is the magisterium?

A version of this story appeared in the Jan 18-31, 2013 print issue under the headline: The meaning of ordination: How women were gradually excluded.