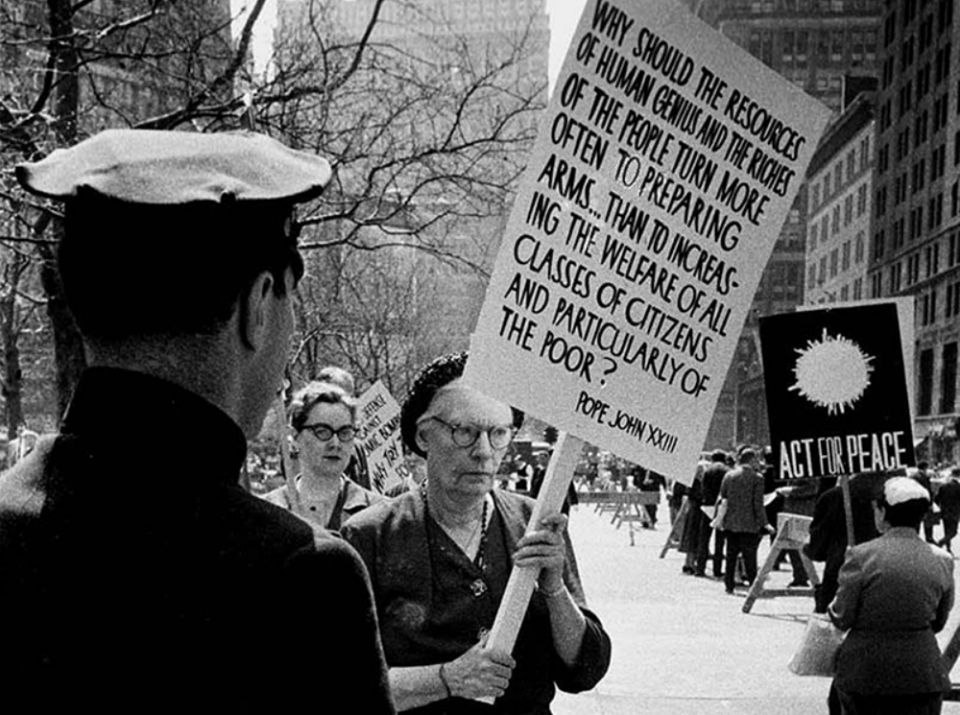 She's been called uncompromising. Prophetic. A peacemaker. No wonder documentary filmmaker Martin Doblmeier admits to having been "afraid" to tackle Dorothy Day as a subject.

The woman who co-founded The Catholic Worker newspaper and movement "was unflinching in her sense that this is my response to how God is calling me to behave," he said. "We're all called to do the same, and if we are, that's why I'm scared. Have I done my share? Have I done my part?" 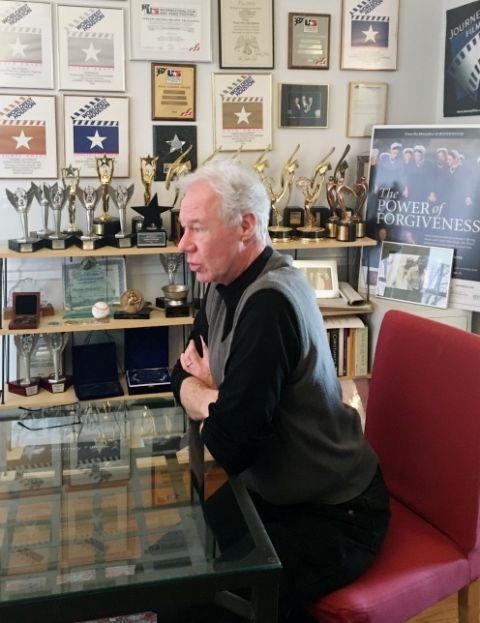 Yet this towering figure — whose cause for sainthood was opened in 2000 — was also a loving mother and grandmother. Doblmeier explores that side of her, too, in his new film, "Revolution of the Heart: The Dorothy Day Story," being released later this month. It's the third in a four-part film series on seminal religious leaders of the last century.

Day, he said, "understood how to live an authentic life," which he believes will strike a chord with viewers and renew interest in the contrary, complex woman whom Pope Francis called "a great American" during his 2015 speech to Congress. Doblmeier is bringing Day to a wider — and, he hopes, younger — audience at a time when the country needs her more than ever.

"We're hungry for people who don't live a duplicitous life," he said. "She made huge sacrifices in her life for the principles she upheld. I think young people, now as in her own time, will be attracted to her."

The hourlong film includes commentary by people who knew her, including two of her granddaughters and author Robert Ellsberg, as well as many who were influenced by her, including Social Service Sr. Simone Campbell of Network Catholic lobby and Sen. Tim Kaine (D-Virginia). The movie creates a compelling portrait of a woman both familiar and inscrutable. 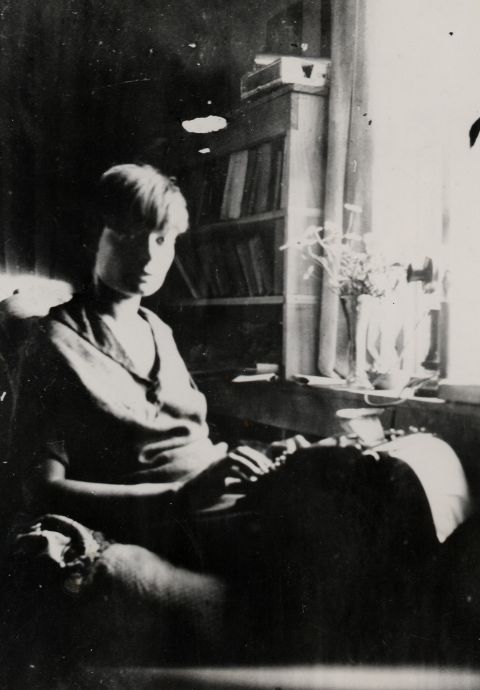 Dorothy Day at the typewriter in her cottage on Staten Island, New York, circa 1925 (Journey Films/©Marquette University)

"People underestimate the courage of a woman [at that time] to organize this type of effort. I think she did it instinctively," said Doblmeier, noting that Day opened the first Catholic Worker house after being chastised for only talking about hospitality houses in her newspaper and not actually providing them. "There's this notion of personalism, that we have to take some level of personal responsibility. That's the legacy."

Day's story seems tailor-made for retelling: A survivor of the 1906 San Francisco earthquake as a child, she landed in New York in 1916 and was jailed the following year while marching for women's suffrage. She became a journalist in the 1920s and explored Marxism and communism; she gave birth to a child out of wedlock and subsequently converted to Catholicism before founding The Catholic Worker, with which she will forever be associated.

The newspaper landed her on J. Edgar Hoover's list of subversives and turned the Catholic Worker into a movement during the Great Depression, as desperation drove the hungry to her doorstep in search of a meal and, more importantly, human connection and dignity.

Ellsberg, publisher and editor-in-chief of Orbis Books, spent five years (1975-80) at the Catholic Worker House in New York, including two as managing editor of the newspaper. He has also edited many of Day's diaries, letters and other writings.

The experience, which he says began as "essentially a digression" while he took a year off from college, led him to become a Catholic and reshaped his future. Asked to recount a particularly powerful story of his experience of Day, who died in 1980, he speaks instead of her "radical example of voluntary poverty" and her everyday life.

"Who she was required a daily choice, a decision to keep going, to try to be faithful," Ellsberg told NCR. Noting that she had tremendous concern for ecology, ecumenism and the rights of conscience, he said, "She speaks in a contemporary way to the challenges and agenda of our time. She's not just a figure of her time. She walks ahead. That's what makes her so important."

Ellsberg has been appointed to the advisory committee that is exploring Day's cause for sainthood. Some, like Campbell, want Day to continue to "be her provocative self" and fear that canonizing her "doesn't make her the witness for ordinary people that she is," Campbell told NCR. But others, like Ellsberg, make a thoughtful argument for the opposite tack.

"Holiness is a different thing than being canonized," Ellsberg said. "There are many broader examples of holiness that don't necessarily fit into the framework of canonization. It's not an authorization of her witness or holiness."

Day was known for her devotion to the saints, and while she wouldn't want to be put on a pedestal or turned into a stained-glass window, Ellsberg said, "expanding the range of officially recognized saints is a very important contribution to recognizing our own capacity to pursue faithful discipleship in our time."

The film will be released on PBS in March, and Doblmeier, who works out of a rowhouse office in Alexandria, Virginia, is planning a series of screenings and talks around the country.

"I see these films as a form of narrative theology," said Doblmeier, who founded Journey Films in the 1980s. His subjects have included forgiveness, chaplains (including those who travel the NASCAR circuit), theological figures such as Reinhold Niebuhr and Dietrich Bonhoeffer, and Howard Thurman, a spiritual founder of the civil rights movement.

"With every twist and turn, they're raising a question about theology and how it applies to how you live your life in the world," Doblmeier said of his subjects. "I want to give everybody enough to go to Starbucks afterward and talk about it."

For more information on screenings or to purchase a DVD of "Revolution of the Heart: The Dorothy Day Story," visit www.journeyfilms.com.

Revolution of the Heart: The Dorothy Day Story

Author Jim Forest, chronicler of giants like Day and Berrigan, strengthened many