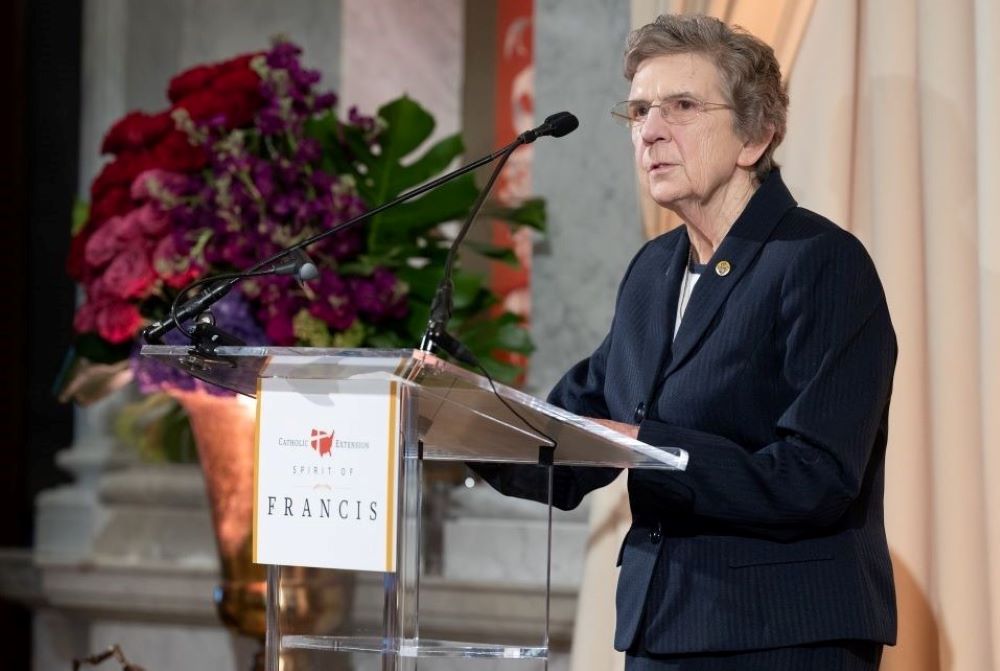 Sr. Carol Keehan, former CEO of the Catholic Health Association, speaks May 25, when she was honored with the 2022 Spirit of Francis Award by Catholic Extension at a dinner at the Library of Congress in Washington, D.C. She was presented a letter in which Pope Francis praised her crusading work supporting the 2010 passage of the Affordable Care Act. (Courtesy of Catholic Extension)

Pope Francis has praised the work of Sr. Carol Keehan, whose crusading work in U.S. health care led her to defy the U.S. bishops' conference to support President Barack Obama's Affordable Care Act, as someone "continuing the healing ministry of Jesus Christ."

Keehan, a Daughter of Charity, served as CEO of the Catholic Health Association, the largest group of nonprofit health care providers in the nation, from 2005 to 2019. In that capacity, she worked closely with the Obama administration beginning in 2009 to support legislation that would expand access to health care for an estimated 20 million Americans. 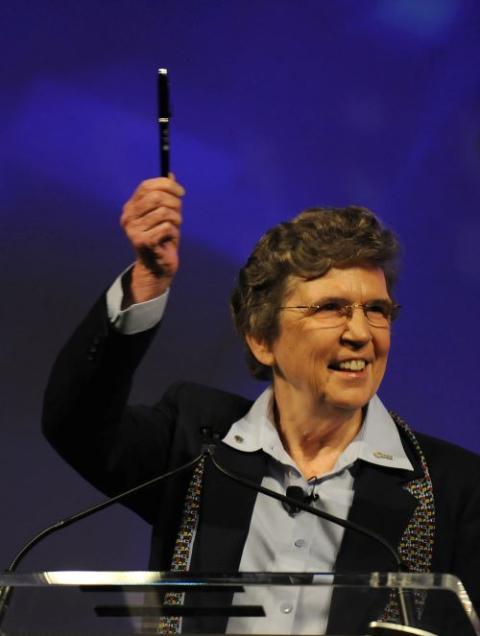 On May 25, Keehan was honored with the 2022 Spirit of Francis Award by Catholic Extension at a dinner at the Library of Congress in Washington, D.C. During the gala celebration, she was presented the letter sent to Catholic Extension's chancellor, Chicago Cardinal Blase Cupich, and signed by the Vatican's secretary of state, Cardinal Pietro Parolin.

"His Holiness willingly associates himself with this recognition of her many years of dedicated leadership in continuing the healing ministry of Jesus Christ through the provision of quality healthcare for all, especially those most in need," read the letter.

"He appreciates as well her generous service to the Holy See and her fidelity to the charism of Saint Vincent de Paul, carrying out the apostolate of charity in 'the consciousness that we are responsible for the fragility of others as we strive to build a common future,' " the letter, read aloud at the event by Archbishop Christophe Pierre, the Vatican's ambassador to the U.S., continued.

In 2010, TIME magazine listed Keehan among its top 100 most influential people in the world that year and this newspaper named her as its person of the year. When Obama signed the health care reform bill into place, he gave Keehan one of the pens he used to sign the legislation.

'It was the strongest pro-life thing we could do.'
—Sr. Carol Keehan

Later, both Obama and then-Vice President Joe Biden would say the landmark health care law would not have gotten through Congress without the crucial support of religious sisters, who broke with the U.S. bishops who opposed the legislation over concerns about abortion funding and a contraceptive mandate.

In a 2020 interview with NCR, Keehan dismissed those concerns, saying "What it really actually did was give people the money to afford their pregnancy and afford the child that would be the fruit of their pregnancy."

"It was the strongest pro-life thing we could do," she said.

Despite being vocal foes of the bill's eventual passage, in 2017, the U.S. bishops did an about face and opposed efforts to repeal the legislation.

Since her retirement from the Catholic Health Association, Keehan has gone on to serve as the coordinator of the Public Health Task Force of the Vatican's COVID-19 Commission.

A version of this story appeared in the June 10-23, 2022 print issue under the headline: Keehan praised for 'generous service'.