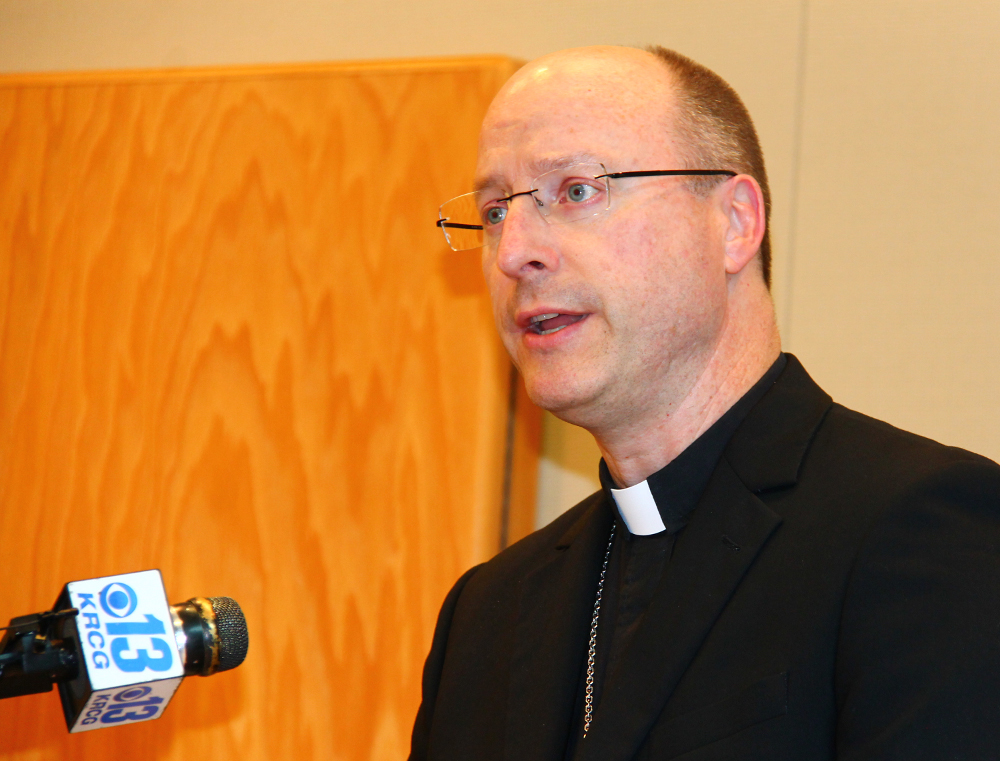 Laypeople need to help the U.S. bishops get out from under the clerical sex abuse scandal that is plaguing the church, said Bishop W. Shawn McKnight of Jefferson City in a message to Catholics of his diocese posted Nov. 16 on the diocesan website.

Beyond just the abuse crisis, laity need to be involved "at all levels of the church," McKnight said.

"Why can't we have well-qualified, nationally known and trusted lay experts named to the special task force announced by the president of the USCCB (U.S. Conference of Catholic Bishops)?" he asked. "The Second Vatican Council gave us not only the freedom but the obligation to utilize and engage the gifts and talents of the laity in the life and mission of the church."

After the substantiated abuse allegation that prompted retired Archbishop Theodore McCarrick's resignation in July from the College of Cardinals, "an internal investigation of the McCarrick scandal without the use of competent and qualified lay investigators will hardly be considered transparent and credible," McKnight said.

"Archbishop Charles Scicluna of Malta is the most qualified Catholic clergy to lead such an investigation, but without knowing that his collaborators include competent laity, the public may not perceive his eventual report as independent and complete enough to be believed," he continued.

"History proves that we bishops are not capable of policing ourselves adequately on the issue of clergy sexual abuse. Why not include the laity to assist us with this problem?"

McKnight also took issue with other aspects relating to the scandal.

"At the time of this writing, there has not been one bishop, archbishop or cardinal in either the Holy See or the United States who has come forward on his own to repent publicly of his sins of omission or commission with regard to Archbishop McCarrick's series of promotions over decades," he said.

"Please, be men, not cowards, and come clean on your own! There doesn't have to be a formal and long, drawn out investigation for a bishop to exercise a little compunction and concern for the well-being of the whole church. An independent and transparent investigation is all the more necessary when culpable hierarchs exhibit an incapacity to do the right thing on their own."

McKnight said, "I was disappointed that even the mild proposals up for consideration at the (bishops' conference's Nov. 12-14) Baltimore meeting had to be pulled from a vote. It was a rather harsh reminder to me of what many laypeople have been saying throughout our diocese: We bishops are ineffectual in our attempts to address the problem of abuse of power by the hierarchy."

Without naming names, he also blasted prelates who covered up clergy abuses.

"Seeing certain retired bishops who were notoriously responsible for covering up clergy sexual abuse at this year's general assembly in Baltimore as welcome guests was a slap in the face to all who have been wounded by the clergy," McKnight said. "This example of episcopal arrogance and clericalism evidences the fact that we still don't get the problem."

He added that the "whole church is needed to solve our problem which the whole world knows about. What more do we have to hide?"