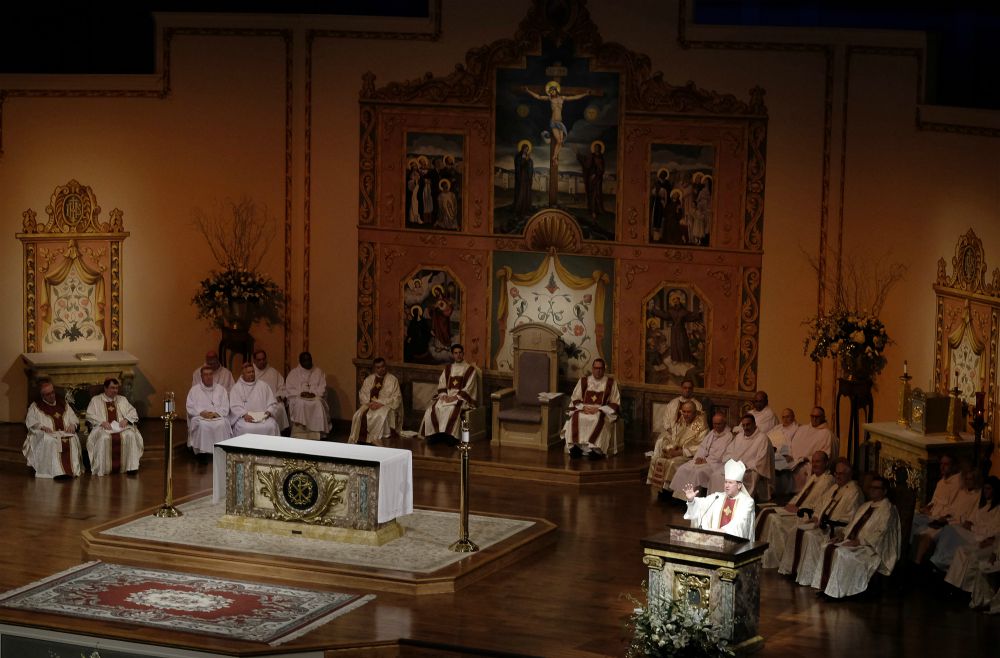 Bishop J. Mark Spalding delivers his remarks after he was ordained and installed as the 12th bishop of Nashville, Tenn., Feb. 2 at Sagrado Corazon Church at the Catholic Pastoral Center in Nashville. (CNS/Tennesee Register/Rick Musacchio)

A Nashville deacon who has raised questions about the completeness of the diocese's recently published list of priests accused of sexual abuse has been removed from ministry for "carrying on a public disagreement with the Diocese," according to a letter from his pastor.

In the wake of the Pennsylvania grand jury report, more and more dioceses are moving to publish such lists, raising questions about who is — and is not — on them. Deacon Ron Deal first raised concerns in October, after an email to priests and deacons indicated the list would contain only nine names.

The Nashville Diocese eventually released a list of 13 names on Nov. 2; which was updated and corrected on Nov. 8, mentioning three more priests, including two Nashville priests accused of abuse in other dioceses as well as one religious order priest.

Deal and other victims and victims' advocates believe the list is still incomplete and are calling on state law enforcement officials, including Attorney General Herbert Slatery, to open an investigation into cover-up in all three dioceses in Tennessee.

"We need an independent set of eyes," said Deal, an attorney who formerly worked for the Nashville Diocese as a construction project development manager and headed the diaconate program.

Diocesan spokesperson Rick Musacchio said the October email to clergy was part of "an effort to make [the list] as complete as possible." The voluntary release of names indicates the diocese's "ongoing commitment to transparency, accountability and pastoral care," he told NCR.

Deal said his "conscience is compelling" him to challenge the diocese, although he has no personal connection with sexual abuse. After the Pennsylvania grand jury report and other news about sexual abuse this summer, Deal contacted the Tennessee chapter of the Survivors Network of those Abused by Priests (SNAP). 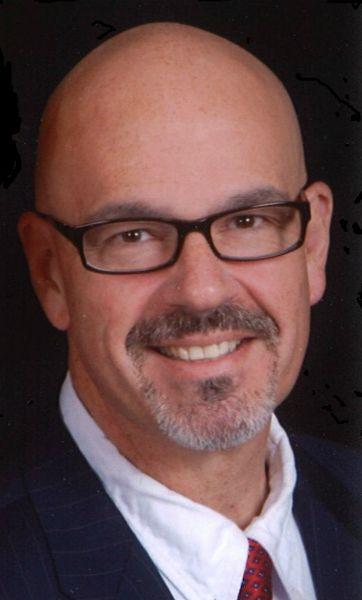 SNAP has urged a full, public list of accused abusers in Tennessee since the early 2000s, said Susan Vance, a leader of the state chapter who questions the diocese's timing as well as the accuracy and completeness of the current list.

"This is a massive cover-up," she told NCR, adding that she believes the diocese is "making a show of transparency to keep people quiet."

Vance said she has interviewed victims across the state and is aware of "many more" priests with credible allegations of abuse. The Tennessee SNAP website contains at least two priests they believe should be on the list, but are not.

Musacchio said Nashville Bishop J. Mark Spalding encourages anyone who knows of abuse to report it to civil authorities and to the diocese. "If some information comes forward that indicates that somebody should be added [to the list], we're certainly willing to evaluate that and take it to our review board," he said.

The Nashville Diocese shared requested files about abusive priests with the district attorney in 1999, said Musacchio, diocesan director of communications. This fall, the diocese reached out to law enforcement officials to express willingness to help with any future investigations.

Complicating matters in Tennessee are the historical changes in diocesan structures. Some of the priests on the list were ordained in the Nashville Diocese, when it used to cover the entire state, but later incardinated in the two new Tennessee dioceses: Memphis, which was created in 1971, and Knoxville, created in 1988.

"This is why Tennessee must have a complete investigation of all three dioceses," Vance said.

In addition, some of the accused priests worked in other states, including Arkansas, Kentucky, Maryland, Pennsylvania and New Mexico — moves that Vance calls "trafficking in pedophiles."

The priest who raped David Brown when he was a high schooler in the early 1960s, Paul Haas, was moved to Chattanooga, Tennessee; Kentucky; and Little Rock, Arkansas. Haas was removed from the priesthood in 1977 and died in 1979.

"They weren't communicating with these dioceses about what they were getting," said Brown, a retired attorney and private investigator. "They weren't telling them about the monsters they were sending them."

Brown said all he has wanted is truth and transparency. "We are not about attacking the Catholic faith. That is the farthest thing from our minds," he said.

He thinks church leaders should treat any accusation as credible. "If you're going to make error, you should make it on the side of the survivor or victim," Brown told NCR.

The Nashville Diocese said the current list of names was released after consultation with the Presbyteral Council and Diocesan Review Board, which is comprised mostly of lay people not employed by the diocese and includes the mother of a victim.

But Deal and others believe the review board is not truly independent, since its members are appointed by and report to the bishop. "It's like the fox guarding the henhouse," Deal said. And he is concerned that the list creates "a false sense of security."

"What a strong message it would be to the faithful if the bishops of the three dioceses in Tennessee were to come together as a group and say, 'We want to remove ourselves from this process, turn it over to the government and let a truly independent entity look at what's going on here,' " Deal said.

He said he will continue "beating the drums to get [the diocese] to do the right thing" — no matter what the consequences for him or his ministry.

After almost eight weeks of requests, Deal finally got a Dec. 6 meeting with Bishop Spalding, who listened to his concerns but did not lift his removal from ministry, Deal said. The next day Deal met with Fr. Joseph McMahon, pastor of Holy Family Parish in Brentwood, Tennessee, where Deal has served since 2010.

McMahon declined to speak with NCR. Musacchio said Deal has not been "suspended," continues to receive his stipend and is "welcome to return when the public disagreement is resolved."

Deal told NCR that McMahon asked him not to speak negatively about the diocese in the parish or "from the ambo," which Deal said he has never done. But Deal refused to agree to the pastor's request that he not speak to the media.

"My conscience is compelling me to act this way," Deal said. "I would love to find another way to get this message across that didn't result in me having to be away from ministry. But unless somebody is willing to stand up and keep making an issue of this, it's just going to recede into the background like it did in Boston."

Deal added: "I don't think it sends a particularly good message to silence a deacon."

Brown praised Deal for showing "true compassion" and thanked other faithful who are demanding a response from church officials. "That's the only thing that going to bring about change," he said.

And he compared Deal's treatment to that of victims who come forward with their stories: "Either you get in line or you'll have problems," Brown said, adding: "If I could ask Bishop Spalding one thing it would be, 'Why isn't he being Christ-like instead of acting like a CEO?' "

SNAP leaders said they will continue their advocacy for victims in Tennessee. "There are very few of us in the forefront of this," Vance said, "but there are hundreds of victims standing behind us in silence, hoping and praying that what we do will be effective to get the truth out."