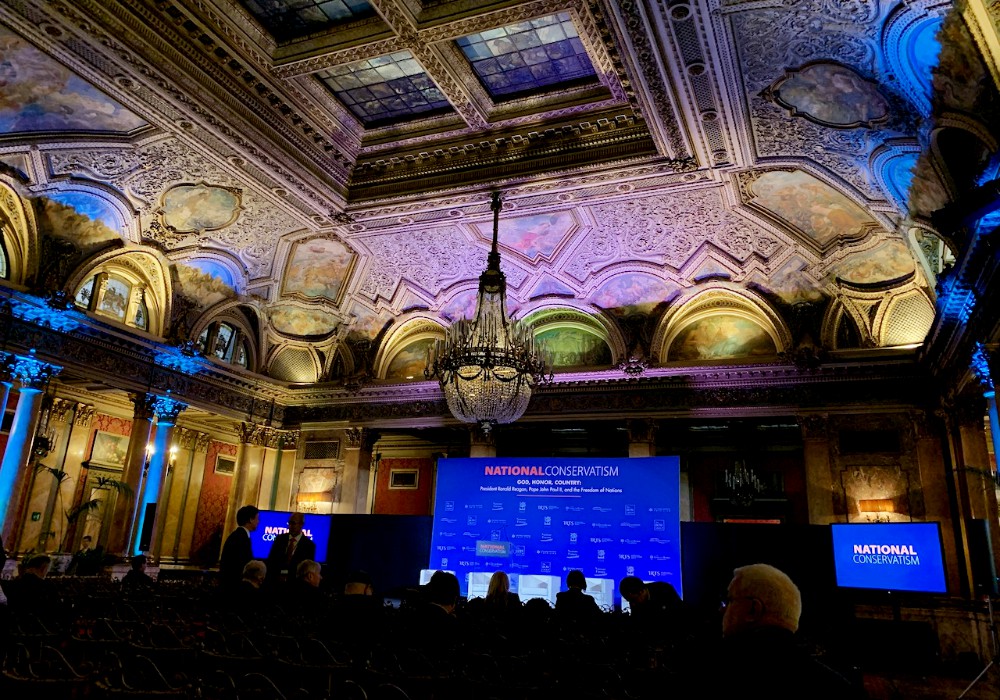 A coalition of right-wing nationalist groups from six countries met here Feb. 4 for a daylong conference that mixed clarion calls against the alleged "hegemonic progressivism" of the world's multilateral institutions with occasional warnings about Pope Francis' vision for the Catholic Church.

Among the speakers were the head of Italy's most conservative political party, the well-known niece of the leader of France's, and Hungarian Prime Minister Viktor Orban, whose antidemocratic reforms have led to him being called Europe's most autocratic ruler.

In the ornate marbled and frescoed ballroom of the Grand Hotel Plaza, located about a half-hour walk east of the Vatican in Rome's historic center, presenters focused most heavily on highlighting supposed parallels between today's progressive movements and communist regimes of old. 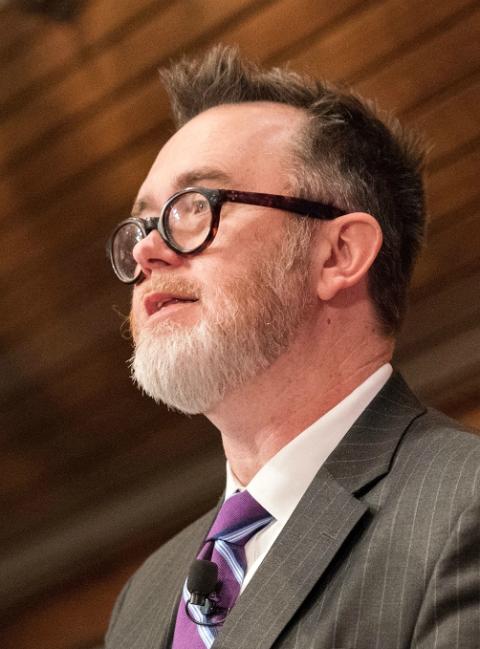 Opening the event, U.S. author Rod Dreher warned that survivors of Europe's former communist regimes were "trying to sound the alarm" about the rise of a "pink police state."

Dreher, an Orthodox Christian who gained wide public notice for his 2017 book The Benedict Option, which proposed that Christians should widely withdraw from wider society, laced his talk with a number of catchphrases.

Social justice, he said, is "a utopian political cult." An atmosphere of political correctness in the U.S., he added, makes it appear as if "the entire country is becoming a university campus."

Another speaker was Roberto de Mattei, an Italian historian and traditionalist Catholic known for his frequent criticisms of Francis, who said the pontiff had "renounced being a spiritual leader" in order to focus more on political and social issues, such as global climate change.

The Feb. 4 conference carried the title "God, Honor, Country: President Ronald Reagan, Pope John Paul II, and the Freedom of Nations." It was organized by National Conservatism, a project of the DC-based Edmund Burke Foundation, founded in 2019.

Several prominent Catholic theologians criticized the event's invocation of the name of the deceased Polish pope.

Massimo Faggioli, a historian and theologian at Villanova University, asked on Twitter: "I wonder how much electricity can be generated with John Paul II who turns in his grave seeing this nationalist cabal gathered and usurping [his] name."

Stephen Schneck, a longtime politics professor at the Catholic University of America, said the ideology being proposed "directly contradicts" the church's social teachings.

"Whether promoting racial and ethnic purity, hatred of migrants, or strongman demagoguery, this is a politics that is utterly opposite what the church calls us to be as Christians in the world," Schneck, who now leads the Franciscan Action Network, told NCR.

Event organizers had told journalists they were expecting an overflow crowd for the conference, and had denied accreditation to a number of outlets, including several major wire services, citing a lack of space. The ballroom, which is described online as being able to seat 400 people, was about three-quarters full.

The smaller-than-expected attendance might have been due to last-minute changes in the event program. Matteo Salvini, the controversial leader of Italy's anti-migrant Lega Nord party and a former deputy prime minister, announced the day beforehand that he would not be able to give a keynote address as previously planned.

Giorgia Meloni, head of the Brothers of Italy, a smaller minority party that has advocated using the Italian navy to blockade migrant arrivals, spoke to participants in a session closed to the press the evening before the main event.

Organizers had also originally said that the U.S. ambassador to the Holy See, Callista Gingrich, would be attending with her husband, former Speaker of the House Newt Gingrich. A spokesperson for the U.S. embassy told NCR that the two "never agreed" to take part in the event and had requested their names be removed from the program.

Included among the attendees was Alexander Tschugguel, a traditionalist Catholic who gained notoriety last fall when he claimed to be the person who took wooden statues from a Rome-area church during the Synod of Bishops for the Amazon region and threw them in the Tiber River.

Tschugguel said he decided to come to Rome for the event because he wants to "connect Catholics who want to stand up and fight for traditional Catholic faith." The young activist, however, did express some reservations.

"When I saw that there would be a conference on national conservativism, I was interested — even though for me as an Austrian as soon as I hear the word nationalism it always rings big bells," he said. "As an Austrian traditionalist, I am very much against nationalism."

A version of this story appeared in the Feb 21-March 5, 2020 print issue under the headline: Nationalist event warns against 'pink police state,' Pope Francis.