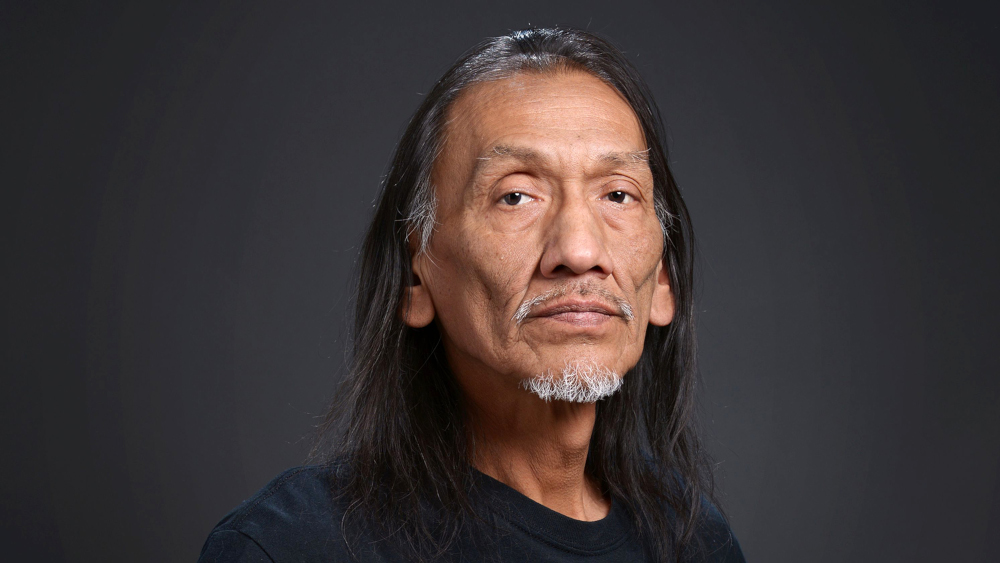 Native American advocate Nathan Phillips, of Ypsilanti, Mich., sits for a portrait in Ypsilanti on May 2, 2015. Phillips gained national attention after a standoff between him and a group of Catholic high school students went viral on Jan. 18, 2019, in Washington, D.C. Photo by Chris Stranad

Nathan Philips, a Native American man seen in a viral video of an encounter with a group of Kentucky Catholic school students, says he wants to meet with them and church officials to discuss the incident and turn it into a “teachable moment.”

“Let’s create space for the teaching of tolerance to happen,” Phillips, an Omaha Nation elder, said in a news release from the Lakota People’s Law Project.

Over the weekend, social media was awash with videos showing an incident that occurred on Friday (Jan. 18) at the steps of Washington’s Lincoln Memorial between Phillips, a Vietnam veteran who was attending the Indigenous Peoples March, and a group of Catholic school students from Kentucky, who were attending the March for Life.

Many of the students were adorned in clothing with the slogan “Make America Great Again,” Donald Trump’s campaign slogan.

Initial videos surfaced on Saturday showing the students mocking Phillips, who was singing a Native American song and playing a drum. The students’ school — Covington Catholic High School in Park Hills, Ky., a Cincinnati suburb — eventually released a joint statement with the Diocese of Covington condemning their actions and raising the possibility of expulsion.

Additional clips revealed over the weekend provided greater context to the incident and sparked a fierce debate on social media — including two tweets from President Trump — about whether the students were being unfairly blamed. 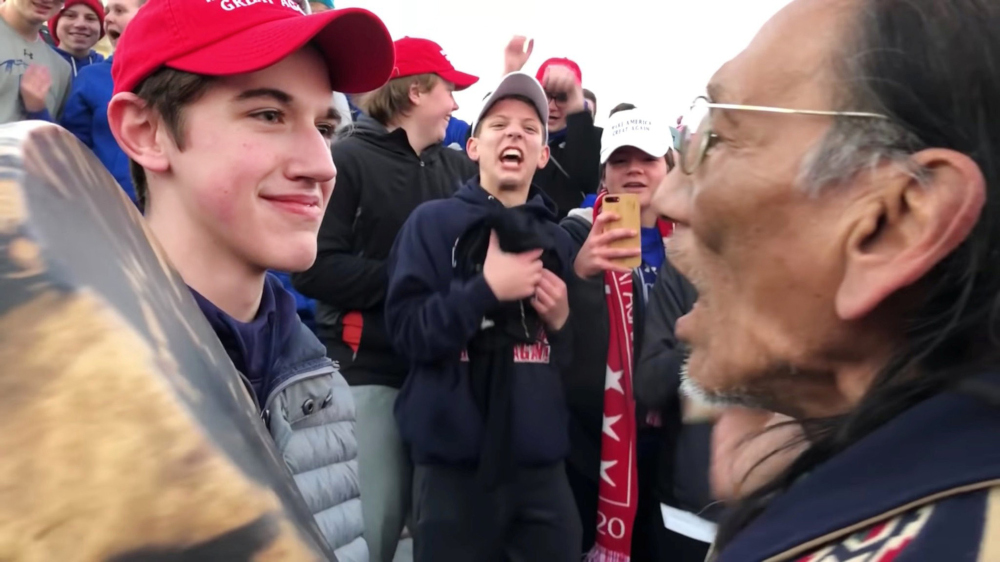 Those additional videos show a group identifying itself as black Hebrew Israeliteshurling curses and insults at the students, who responded with loud school chants. Phillips and other Native Americans put themselves between the two groups and then approached the students while drumming. That led to a confrontation between the students and Phillips.

Phillips hopes to meet with the students and Catholic leaders to talk through their encounter.

“Race relations in this country and around the world have reached a boiling point,” Phillips said in the news release. “It is sad that on the weekend of a holiday when we celebrate the life and legacy of Dr. Martin Luther King, Jr., racial hostility occurred on the steps of the Lincoln memorial, where King gave his ‘I Have a Dream’ speech.”

Phillips said he and others with him viewed the students’ reaction to his drumming — particularly their use of the “tomahawk chop” used by the Atlanta Braves baseball team — as “a mockery of our cultures.”

Nick Sandmann, a student at the school who was seen grinning and staring at Phillips, released a public statement defending his actions.

“I believed by remaining motionless and calm, I was helping diffuse (sic) the situation,” he said in the statement.

Sandmann also said that he did not speak to Phillips during the incident and denied that students had mocked Phillips.

Phillips said he had read the student’s statement and disagreed with elements of it, noting Sandmann did not apologize and alleging the student’s testimony included “intentional falsehoods,” although he did not elaborate.

However, Phillips says he wants dialogue with the students.

“I have faith that human beings can use a moment like this to find a way to gain understanding from one another,” he said.

Phillips offered to visit the school and hold a discussion “about cultural appropriation, racism and the importance of listening to and respecting diverse cultures.”

Phillips, in collaboration with the Indigenous Peoples March and the Lakota People’s Law Project, is also requesting a meeting with Vatican officials and Pope Francis “to discuss what role the Church might be willing to play in reconciling the Catholic community worldwide with Indigenous people.”

“We feel that there is a distinct lack of understanding and appreciation of Native peoples and traditions worldwide,” said Phillips. “It’s time to address the indecency of culturally appropriating our ritual movements and songs for the enjoyment of non-Native peoples.”

Religion News Service reached out to the Diocese of Covington and Covington Catholic High School to ask whether they would accept Phillips’ request, but they did not immediately respond.

Others are also calling for a reunion of the two groups. On Monday, Cincinnati restaurateur Jeff Ruby offered to fly out Phillips first class to his establishment to “break bread and make amends” with Covington Catholic High School students, according to the Courier Journal.

“There might be blame on both sides,” Ruby, who has mentored Covington Catholic students, told the Journal. “We have to remember these are kids in this situation. There may have been things done and said in the heat of the moment. I’d like to get both sides together, get them talking and maybe take a moment to stand in the other’s shoes.”

Meanwhile, the original Twitter account that helped make the video go viral has been banned, with experts suggesting that a network of anonymous accounts could have been responsible for the video’s rise — a tactic also reportedly used by Russian Twitter bots during the 2016 election.