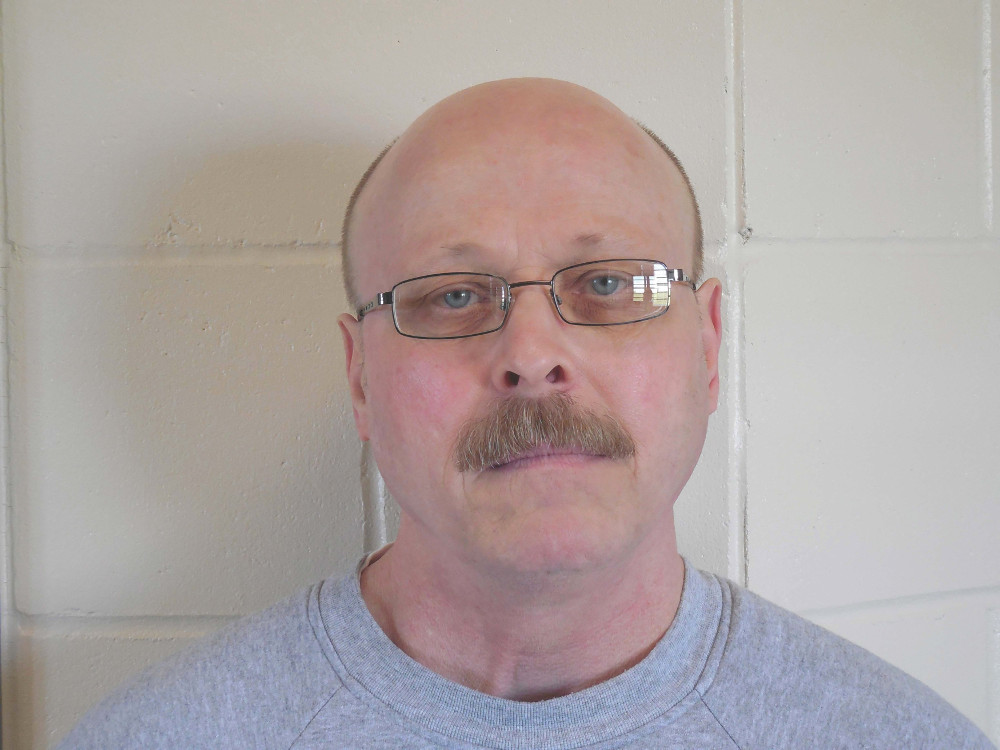 Convicted murderer Cary Dean Moore, pictured in an undated handout photo, was given a lethal injection Aug. 14 and declared dead at 10:47 a.m. local time in Nebraska. The state's Catholic bishops invited fellow Catholics and all people of faith to pause in their homes, schools and workplaces and join them in prayer during Moore's execution, which went forward over the protests of the Catholic community and others. (CNS/Nebraska Department of Correctional Services handout via Reuters)

The state of Nebraska Aug. 14 executed its first death-row prisoner in 21 years, convicted murderer Cary Dean Moore, who was pronounced dead at 10:47 a.m. (CDT) at the Nebraska State Penitentiary in Lincoln.

Omaha Archbishop George Lucas and Bishops James Conley of Lincoln and Joseph Hanefeldt of Grand Island invited Catholics of the state and all people of goodwill to join them in silent prayer by pausing in their homes, schools and workplaces at 10 a.m. as the execution got underway.

Having expressed their opposition to the death penalty, the three Catholic bishops spent silent time in prayer for Moore's victims, Moore himself and an end to capital punishment in Nebraska.

The Omaha World-Herald daily newspaper reported that Moore, 60, had said he was ready to die. He was convicted of shooting and killing cab drivers Reuel Van Ness and Maynard Helgeland in the summer of 1979. He was sentenced to death in 1980.

The state executed him with a four-drug cocktail: diazepam, a tranquilizer; fentanyl citrate, a powerful synthetic opioid that can block breathing and knock out consciousness; cisatracurium besylate, a muscle relaxant; and potassium chloride, which stops the heart.

People across the state were invited to pray silently or pray the Divine Mercy Chaplet, said Tom Venzor, executive director of the Nebraska Catholic Conference, which represents the bishops' public policy concerns.

Prayer intentions included: The repose of the souls of the victims of violent crime, including Moore's victims; consolation and healing for families affected by violent crime; the repose of Moore's soul; and an end to the death penalty in Nebraska and a restoration of justice.

The bishops have consistently spoken out against the death penalty and praised Pope Francis' declaration Aug. 2 that "the death penalty is inadmissible because it is an attack on the inviolability and dignity of the person."

Pope Francis has ordered a revision of the Catechism of the Catholic Church asserting that principle and committed the church to working toward abolition of the death penalty worldwide.

"As the state carries out its first execution in 21 years, we are deeply saddened for all involved, and we look to Jesus Christ for consolation and peace," Venzor said.

Nebraska became the first state to use fentanyl in an execution.

Prior to the execution, the Catholic Democrats of Nebraska hand-delivered a letter to Gov. Pete Ricketts urging him to reconsider his support for Moore's execution. The letter was signed by over 700 people, including Catholics and non-Catholics.

It said: "In supporting the overturning of the repeal of the death penalty in Nebraska in 2015, after you had 'thought about this and meditated on it and prayed on it and researched it,' you said, 'The Catholic Church does not preclude the use of the death penalty under certain circumstances: That guilt is determined and the crime is heinous.' Your assertion was, and remains, factually incorrect because it contradicts the catechism."

"We felt it was important to make a public letter available - even for just a few days - to both raise visibility on this issue and so that people could make their voices heard," said Ellen Moore, chair of the Catholic Democrats of Nebraska.

Hannah Cox, the national manager of Conservatives Concerned About the Death Penalty, said in a statement that "the rest of the nation is actually abandoning the death penalty and conservatives are leading the way, just as they did in Nebraska in 2015 when the overwhelmingly Republican Legislature repealed capital punishment."

The Catholic Democrats' letter noted that Ricketts, a Catholic, spent $300,000 of his own money to advocate for an overturning of the death penalty ban passed in Nebraska in 2015. He backed a ballot drive to reinstate capital punishment after lawmakers overrode his veto in 2015.

On Aug. 10, a federal judge denied a request by German pharmaceutical company Fresenius Kabi that the execution be temporarily postponed. Fresenius Kabi filed an immediate appeal to the 8th U.S. Circuit Court of Appeals, which upheld the judge's ruling Aug. 13.

The company, which objected to its potassium chloride drug being used in the execution, said it would not file for an additional review by the U.S. Supreme Court.