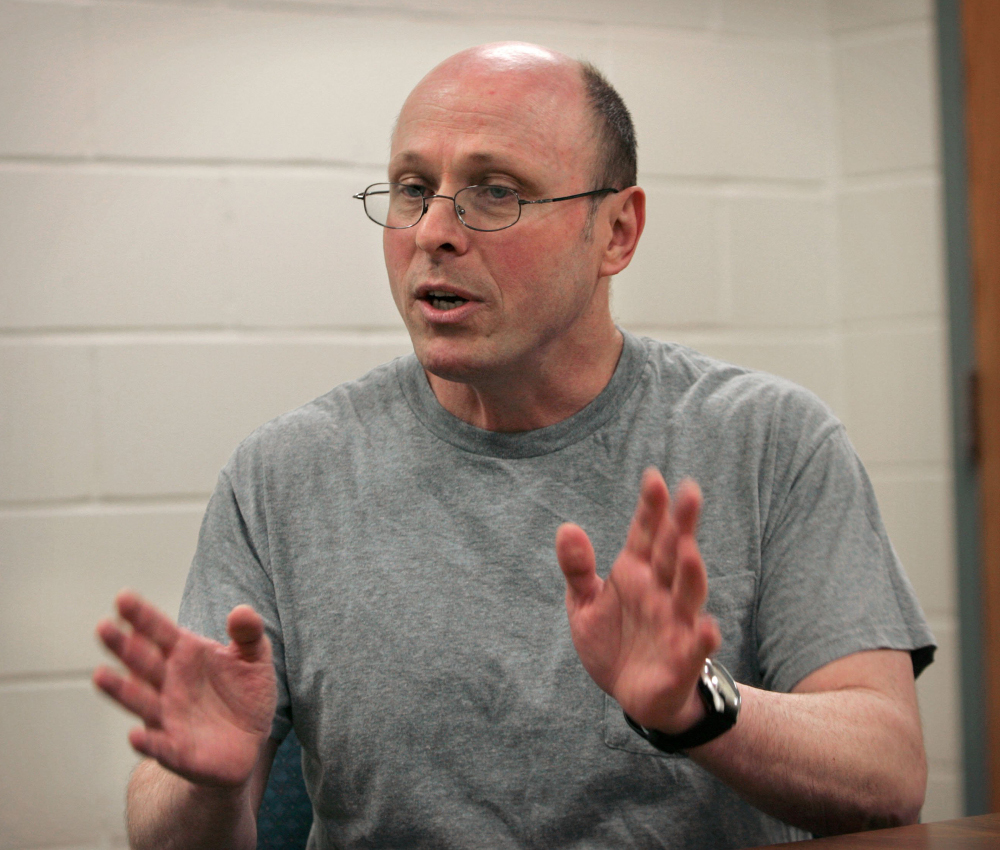 Death-row inmate Carey Dean Moore is pictured in a 2007 photo at the Tecumseh State Correctional Institution in Nebraska. Encouraging an act of mercy and arguing it would not compromise justice, Nebraska's three Catholic bishops said July 6 they oppose the scheduled execution in August of Moore. (CNS/Phil Johnson, courtesy Omaha World-Herald)

Encouraging an act of mercy and arguing it would not compromise justice, Nebraska's three Catholic bishops said July 6 they oppose the scheduled execution in August of death-row inmate Carey Dean Moore.

"As the Catholic bishops of Nebraska, we recognize that our society has a pervasive culture of violence and death, which can only be transformed by a counterculture of justice and mercy," said Archbishop George Lucas of Omaha and Bishops James Conley of Lincoln and Joseph Hanefeldt of Grand Island.

"Each time we consider applying capital punishment, Nebraska has an opportunity to respond to an act of violence with an act of mercy that does not endanger public safety or compromise the demands of justice," they said in a statement released by the Nebraska Catholic Conference.

"There is no doubt the state has the responsibility to administer just punishment. However, given our modern prison system, the execution of Carey Dean Moore is not necessary to fulfill justice and, for that reason, would undermine respect for human life," the bishops said. "We continue to offer our sincerest prayers for all victims and those affected by the heinous crimes of Mr. Moore, and we pray for his conversion of heart."

The Nebraska Supreme Court issued a death warrant July 5 for Moore, who would be the first inmate executed in 21 years in the state, and the first by lethal injection. The execution would have to take place Aug. 14, the warrant said.

Moore, 60, has indicated he would not contest his execution. Convicted of killing Omaha cab drivers Maynard Helgeland and Reuel Van Ness five days apart in 1979, he was sentenced to death in 1980. Courts have issued multiple stays over the years preventing his scheduled execution, and he has served more time in prison than any of Nebraska's 11 other death-row inmates.

The Nebraska Catholic Conference has long opposed use of the death penalty, and the state's bishops urged and then backed lawmakers' 2015 ban on capital punishment, including a successful override of Gov. Pete Ricketts' veto.

The bishops sought to persuade voters to retain the ban when a petition effort put the issue on the ballot in November 2016. But Nebraskans voted 60.9 percent to 39.1 percent to repeal the ban.

Ruff is news editor of the Catholic Voice, newspaper of the Archdiocese of Omaha.