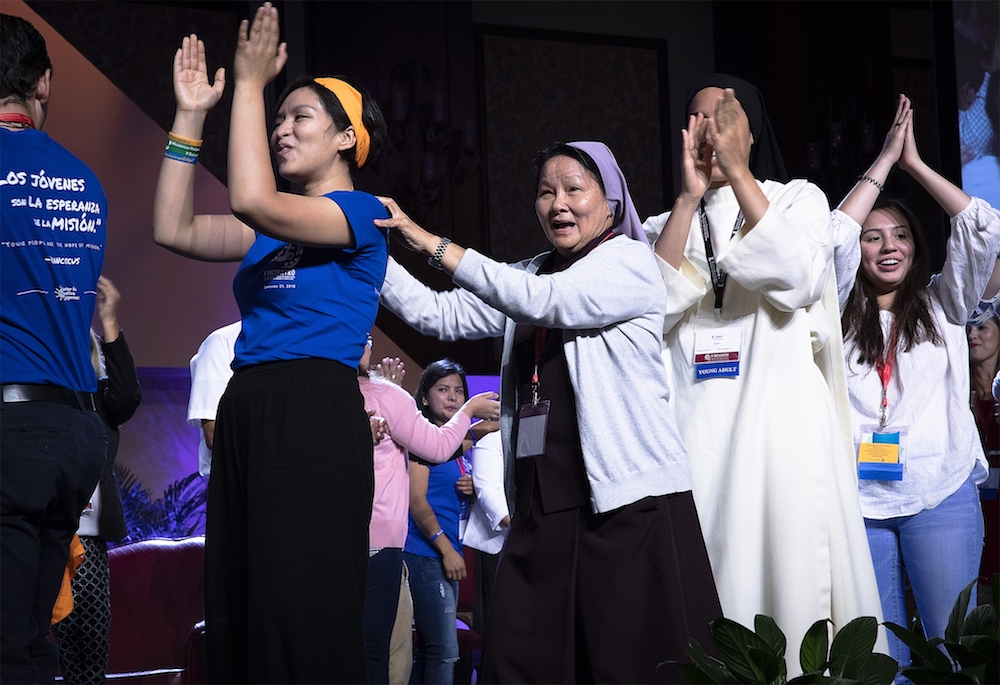 A new report from the Public Religion Research Institute examined the U.S. religious landscape, and declared that "the most substantial cultural and political divides are between white Christians and Christians of color."

"Over the last few decades, the proportion of the U.S. population that is white Christian has declined by nearly one-third. As recently as 1996, almost two-thirds of Americans (65%) identified as white and Christian. By 2006, that had declined to 54%, and by 2017 it was down to 43%," the report said.

As for Catholics, according to the report, the number of white Catholics has "also declined from a high point of 16% of the population in 2008, and their low point of 11% occurred in 2018. It is unclear if the bump back up to 12% in 2020 indicates a new trend."

Hispanic Catholics total 8% of Americans, PRRI said, and "other Catholics of color" come in at 2%. 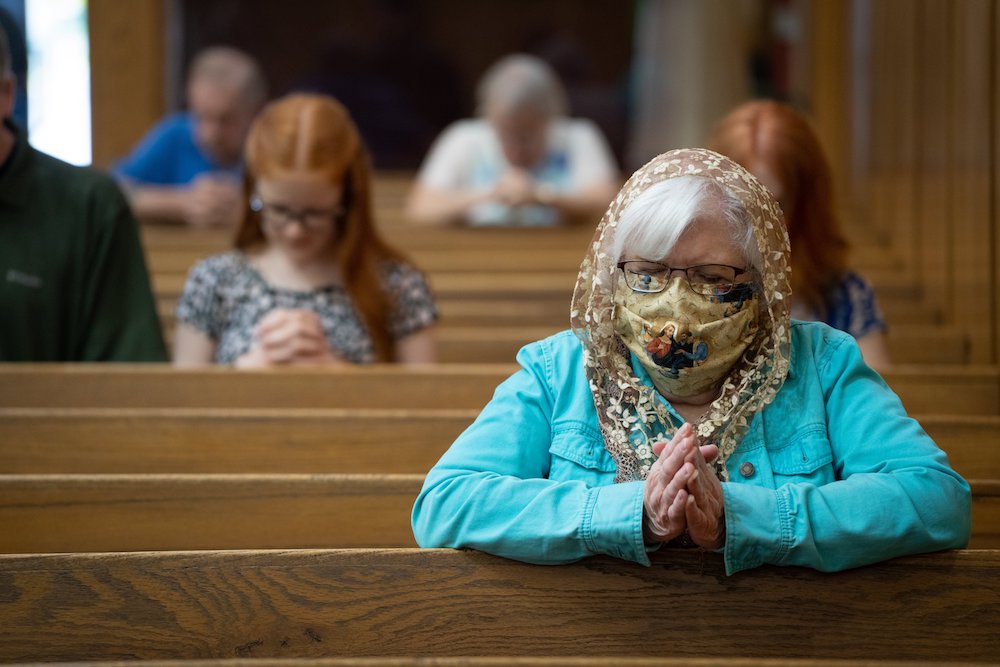 Parishioners pray after receiving communion at St. Louis Catholic Church in Batesvill, Indiana. The proportion of Americans who identify as white Catholics has dropped from six in 10 in 1996 to four in 10 today, according to a new survey. (CNS photo/Katie Rutter)

The PRRI report looked at other demographic trends in American religious identity.

Forty-two percent of white Catholics held college degrees, but only 15% of Hispanic Catholics did — the lowest percentage identified among any religious group in the survey.

Among Asian-Americans, 34% are Christian, with Catholics, evangelical Protestants and mainline Protestants holding equal shares. Another 34% are religiously unaffiliated and 29% practice non-Christian religions.

The Hispanic share in each party increased — from 3% to 8% in the Republican Party, and from 5% to 10% in the Democratic Party.

PRRI's report also identified where key religious groups are most likely to be found. "White Catholics are most heavily concentrated in counties in the Northeast and Midwest and in southern Louisiana," it said.

"It provides the most detailed estimates of American religious affiliation since the U.S. Census Bureau last collected religious data in 1957," according to a PRRI news release.