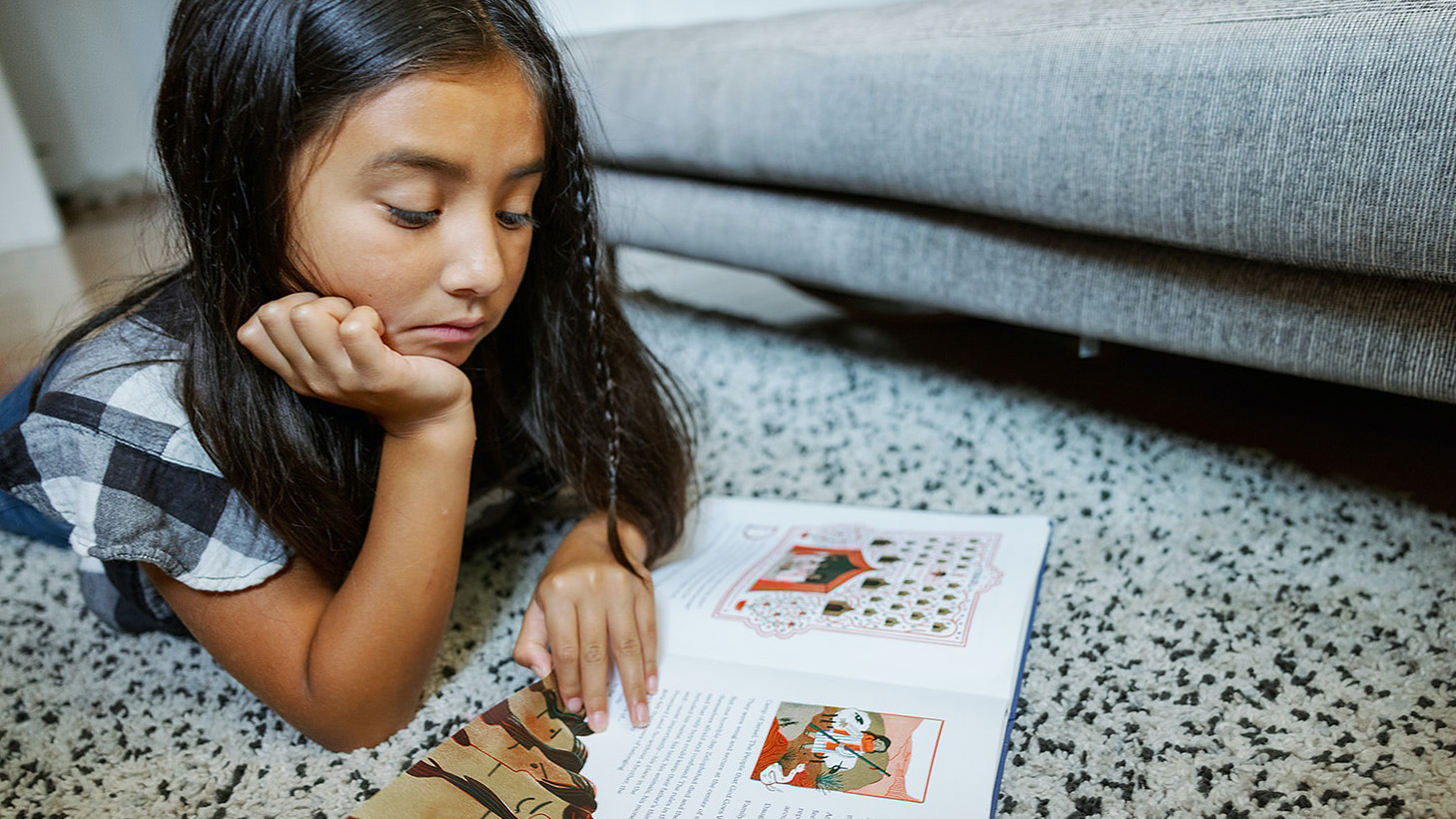 A child reads a sample of "The Book of Belonging." (Photo by Daniel Ebersole)

When her 6-year-old daughter, Aidah, asked Mariko Clark that question last summer, she was angry, because she knew where it was coming from: Only two stories in Aidah's children's story Bible focused on women. And most popular children's Bible adaptations, Clark realized, were much the same.

She apparently wasn't the only parent to notice.

When Clark turned to crowdfunding site Kickstarter for support to publish a gender-balanced Bible storybook, she blew past her goal, raising nearly $95,000 last week to print a first run of the book.

The Book of Belonging, which also features diverse illustrations by Rachel Eleanor, is expected to be released by June 2023.

"If we want to raise followers of Jesus who wrestle with God and ask important questions and fight for justice and admit when they're wrong and love their neighbor, we need them to see themselves in these pages mirrored back," said Clark, a former editor of philosophy and religion books for National Geographic, in the video accompanying her Kickstarter campaign.

Publishers have also answered that need with a string of new and upcoming children's story Bibles.

I Wonder: Exploring God’s Grand Story, an illustrated Bible by Glenys Nellist that was published in September, not only retells 30 stories from both the Hebrew Bible and New Testament for children ages 4 to 8, but also it encourages them to engage with the stories by ending each one with a series of questions beginning "I wonder … ."

"I wonder … which part of creation God enjoyed the most," ends the story of creation.

"I wonder… if Lydia ever imagined that her story would one day be told to others," ends a story about the early church featuring Lydia, the first convert to Christianity in Europe. 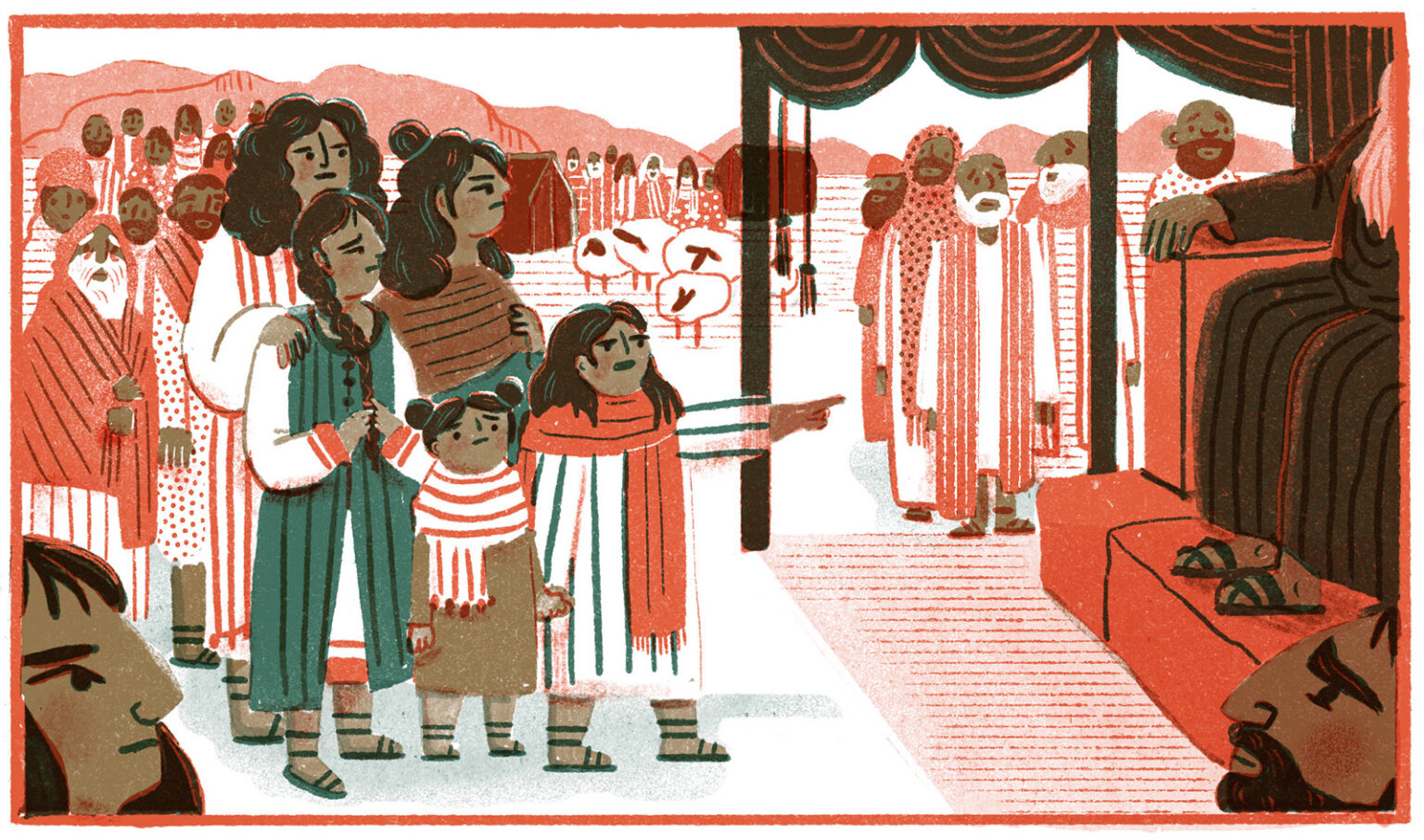 God's Colorful Kingdom Storybook Bible: The Story of God’s Big Diverse Family, by Esau McCaulley, just announced for release in January 2023, will pull together stories showing God's desire for a multi-ethnic family that cares about those the author calls the "stepped-on."

McCaulley, the author of the award-winning book Reading While Black: African American Biblical Interpretation as an Exercise in Hope who teaches New Testament at Wheaton College, said his book is the one he has wanted to read to his own four children, now ages 5 to 13.

"I found myself often having to reinterpret stories or edit them, or I would say things like, 'The Bible has this vision for all of the different nations and peoples and colors of the world to be a part of God's family,' but then I would open up a gift book and everybody there was white," he said.

It will be a while before his children are old enough to read Reading While Black, he said. In the meantime, he wants them to hear the same stories that formed him growing up in the Black church.

God's Colorful Kingdom Storybook Bible will include the stories of familiar figures like David, but rather than focus on his battle with the giant Goliath, McCaulley said, his book will emphasize how God instructed Israel’s greatest king to care for the poor and needy. It also will include the stories of less-known figures, such as the Hebrew midwives who saved Moses as an infant, Simon the Cyrene and the Ethiopian eunuch.

"The question isn't, 'Which stories do you tell?' it's, 'What gets highlighted in the stories that you tell?' And when I was growing up, these are some of the things that were brought out," he said. 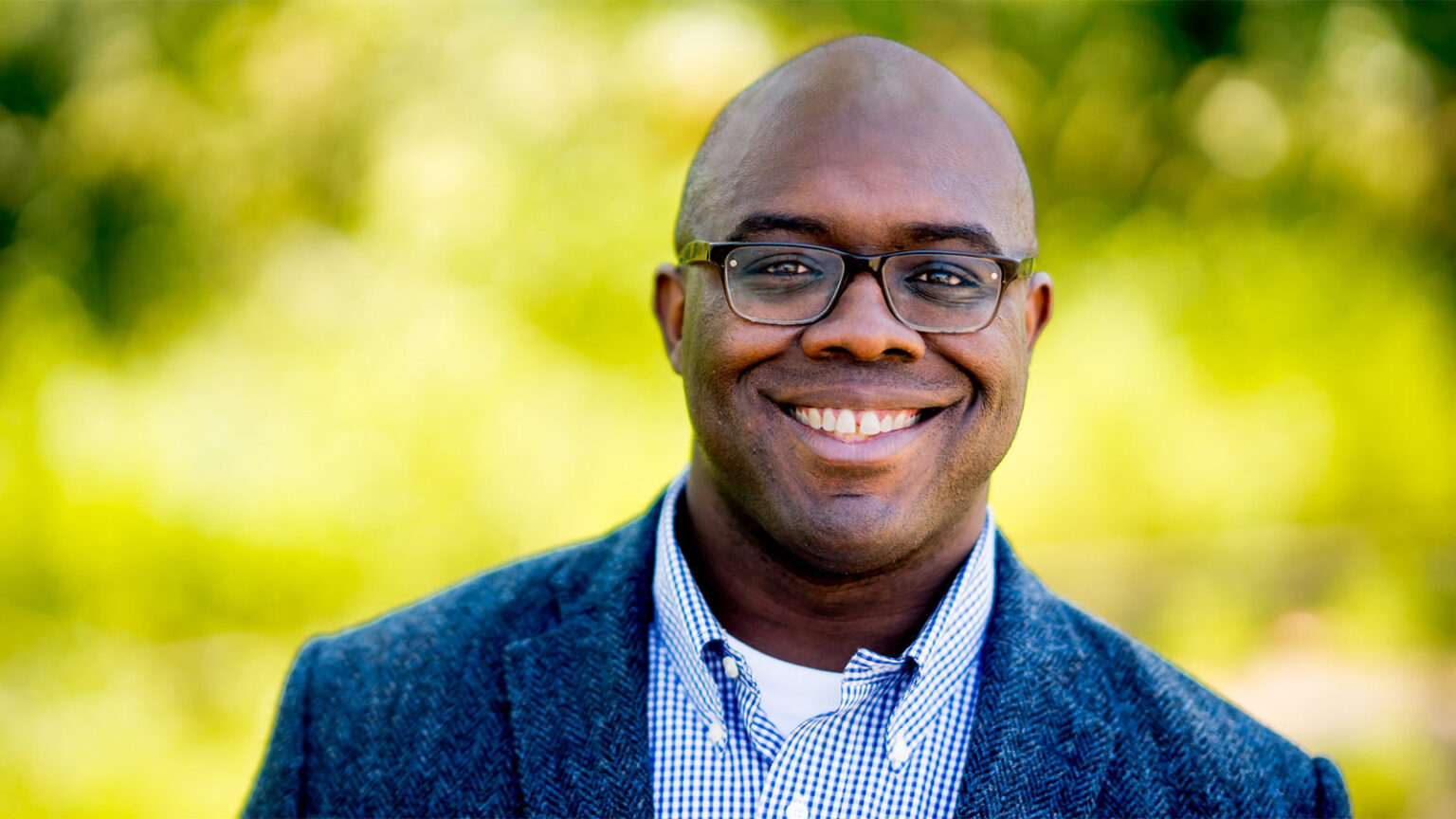 A large push for new retellings of the Bible has come from Christian parents who are finding their faith evolving. Those who identify as progressive or “ex-vangelical” Christians have especially been clamoring for new materials, said Traci Smith, author of Faithful Families: Creating Sacred Moments at Home and a pastor in the mainline Presbyterian Church (USA).

Looking for resources that encourage children to ask their own questions and that avoid theological ideas they view as harmful, these parents can’t just pick any children’s story Bible off the shelf, Smith said.

She remembers being terrified by a Bible she was given as a little girl that featured sweet, sad-eyed Precious Moments characters — and also described hell as “hotter than your stove that you touch,” she said.

That experience still informs her ministry decades later. The pastor and author curates resources she recommends in a weekly email for parents and others involved in children’s ministries.

“This story has survived for 2,000 years. So it’s not the stories that are problematic, it’s the lenses through which we view them,” Smith said.

But more conservative Christian publishers are also seeing the need for resources that emphasize diversity and curiosity — McCaulley’s God’s Colorful Kingdom Storybook Bible: The Story of God’s Big Diverse Family is published by Tyndale Kids and Nellist’s I Wonder, by Zonderkidz, an imprint of Zondervan.

Nellist, who now lives in Michigan, was raised in northern England, where her dad was a minister. In an email, she said she grew up knowing a God “of love and hope” and hopes children will encounter that same God in I Wonder.

The mom of four wanted her girls to be able to see themselves in the Bible and to make it their own by asking questions.

“I believe that the mysterious and marvelous stories of the Bible are not meant to be simply read and put down. They are meant to be pondered, and puzzled over and thought about long after the page is turned,” Nellist said.

“Through the inclusion of open-ended I Wonder questions following each story, this Bible invites children not only to wonder about what they just read, or about who God is, but also to ponder how they are part of God’s grand story, too.”

Children’s story Bibles “help set the foundation of faith for little ones,” according to Megan Dobson, vice president and publisher for Zonderkidz. “It’s their first experiences and interactions with the stories and with the faith.”

That’s why they’re so important to Christians across the spectrum of faith, Dobson said.

Dobson pointed to The Jesus Storybook Bible by Sally Lloyd-Jones. Since it was published in 2007 by Zondervan, it has sold more than 3 million copies and has been translated into more than 50 languages. A recently launched podcast based on the book has included guests like Presiding Bishop Michael Curry of the Episcopal Church and popular Christian singer-songwriter Amy Grant.

What made The Jesus Storybook Bible different, Dobson said, was that it weaves a common thread through its stories, unlike previous children’s story Bibles that functioned more as anthologies or greatest hits of Bible stories. Each story, whether from the Hebrew Bible or New Testament, pointed to Jesus and emphasized God’s love. 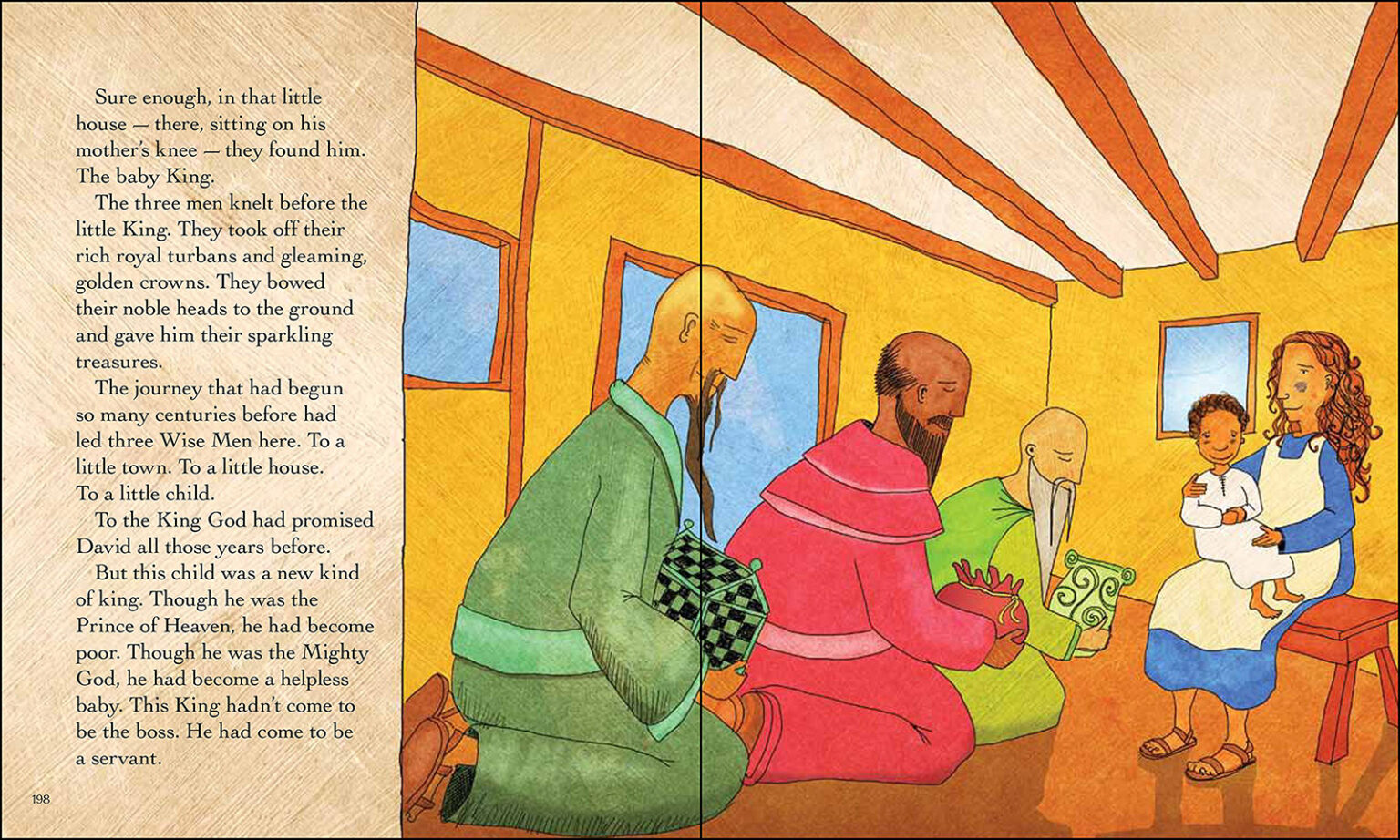 Illustration of the three wise men in “The Jesus Storybook Bible” by Sally Lloyd-Jones. (Courtesy image)

But what once made The Jesus Storybook Bible a rarity is becoming more common, she said.

The proposed table of contents in Clark’s Book of Belonging includes the stories of prophetess Miriam, Queen Esther and the women in Jesus’ lineage. Asking where the women in her daughter’s Bible were led her to other questions: Why was God gendered? Why were so many of the angels blonde? Why was the Holy Spirit never mentioned?

“Once you start asking questions and looking for change, it’s contagious. It’s intersectional. One issue grabs after the other,” Clark said.

The author wrote on Kickstarter last week that she was “unbelievably grateful (and still a little bit in shock!)” to have surpassed her crowdfunding goal to launch The Book of Belonging.

And she hopes it will help more children to see themselves in the stories of the Christian faith.