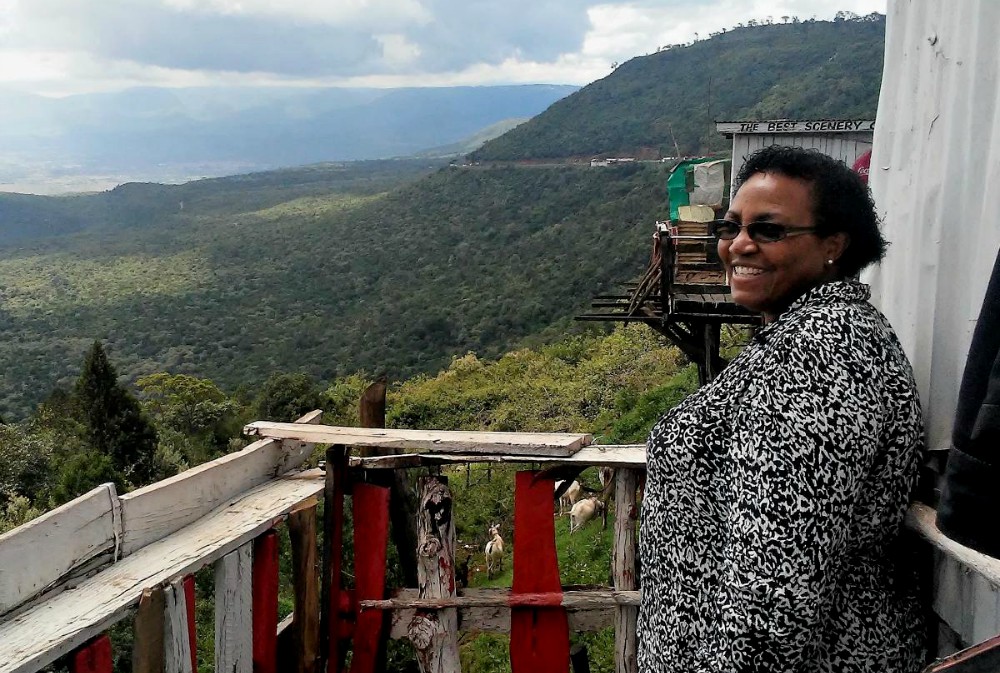 Pax Christi International, a global Catholic peace organization that raised its profile in recent years with two Vatican conferences on Christian nonviolence, has changed its leadership for the first time in nearly a decade.

Wamuyu Wachira, a member of the Institute of the Blessed Virgin Mary, is the first woman religious to serve as a co-president and the third African, following Dowling and the 2007-10 term of Congolese Cardinal Laurent Monsengwo Pasinya.*

Stenger has served as bishop in the north-central French town of Troyes since 1999, and had led the French section of Pax Christi for 18 years. In an email interview with NCR, he said that a central lesson he had learned in his time with the organization is that working for peace "is an eminently missionary responsibility."

Stenger said that new global skepticism toward the multilateral international system adopted following the end of the Second World War has increased the risk of conflict around the world.

"Pax Christi International must have as its mission to prevent these conflicts through advocacy work, in order to transform the risks of violence, searching for a new balance and protecting the most vulnerable people and communities," said the bishop.

"The perspective must be the promotion of a culture of nonviolence in the light of the Gospel and the support for the implementation at all levels of alternative strategies that banish violence and make encounter and dialogue prevail," he said.

Wamuyu Wachira is a professor of peace and conflict studies at St. Paul's University in Nairobi who has been working with Pax Christi's Kenyan member groups for years and had previously served a term on the international organization's board.

In a phone interview, the professor also stressed Pax Christi's work in preventing conflicts, and highlighted its Catholic Nonviolence Initiative, which was founded in 2016 after the first of the Vatican meetings to develop efforts to integrate active nonviolence strategies more prominently into Catholic Church teachings.

"I would want to see that being supported, and working with like-minded groups, and especially working with young people to put a statement there that violence does not create peace," Wamuyu Wachira said of the initiative.

"We are trying to look at how do we disseminate this ... working together with the Vatican," she said. "We have had meetings at the Vatican, and mainly what we are trying to push is: 'Let's look at this. Is there another way, as opposed to violence? Can we put our money away from weapons and all that and put it towards educating people for peace?' "

Wamuyu Wachira tied the effort to Pope Francis' own highlighting of Christian nonviolence — particularly his message for the 2017 World Day of Peace, which focused on nonviolence as a political method.

"The pope himself is pushing for that, so we are supporting him," she said.

The first of those meetings, held in April 2016, called for the church to move beyond just war theory. The participants called on Francis to consider writing an encyclical on the issue, declaring in their final statement: "There is no 'just war.' "

A final statement from the second meeting urged the church "to bring nonviolence from the periphery of Catholic thought on war and peace to the center — to mainstream nonviolence as a spirituality, lifestyle, a program of societal action, and a universal ethic."

Among other areas Wamuyu Wachira said she would like to focus on during her co-presidency are the continuing conflicts between Israelis and Palestinians, violence in Sudan, and the provocative threats between Iran and the U.S. over Iran's nuclear program.

Stenger also mentioned peace education, nuclear disarmament, climate change and international migration. The bishop also said that it is a "worrying point" that many of the people involved in Pax Christi are more advanced in age. 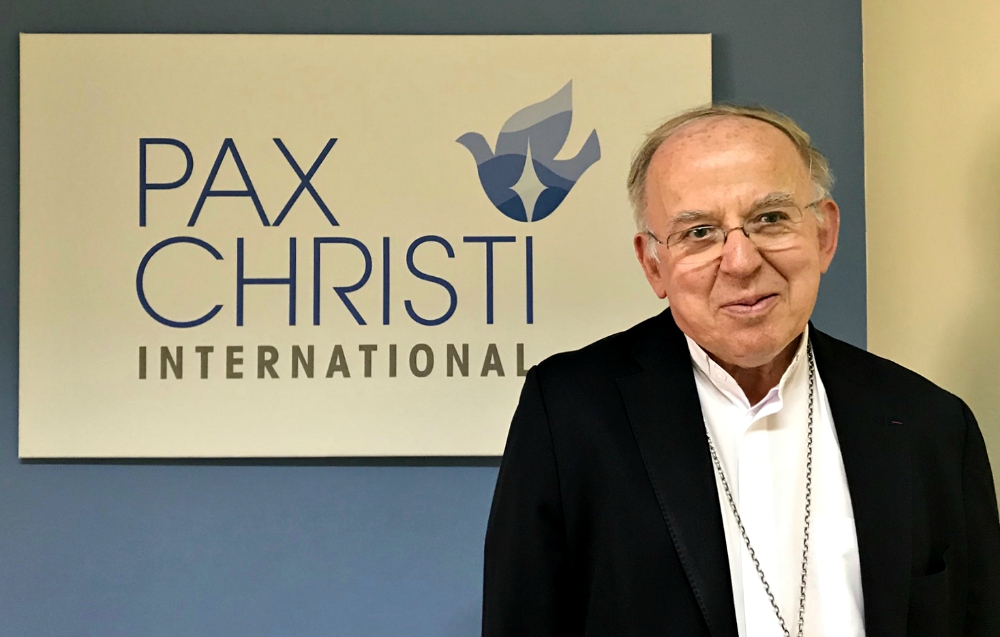 "It is a matter of inventing new ways of acting with young people," he said. "It seems necessary to give special attention to education for peace, in order to allow young people who prefer action over speeches to take their place as peace activists."

Pax Christi was founded in 1945 as a response to the violence of World War II. It now includes 120 member organizations globally and is headquartered at an international secretariat in Brussels.

The organization debuted its co-presidency model in 2007, mandating that its leadership would always be shared by a bishop and a woman in the example of its late founders, French Bishop Pierre-Marie Théas and Frenchwoman Marthe Dortel-Claudot.

The organization will celebrate its 75th anniversary next year and is planning a global assembly to mark the occasion, to be held in Hiroshima, Japan, in May 2020.

Wamuyu Wachira mentioned the symbolic nature of her group choosing to meet in a city that was destroyed in a nuclear blast.

"I would think that a lot of discussion there will be about that: looking at what happened there ... making people aware of what war can do, the destruction that war brings," she said. "And it's not for one day. It's for many years that people have been suffering."

The sister said she hoped the event would help people reflect: "Is that the way that I want the world to go, or can we look at another world?"

"People may think it's utopian or something, but somebody needs to begin thinking," said Wamuyu Wachira. "People are thinking about it, and we need to now make it visible. I would see this meeting as making that visible for people."

* This article has been edited to correct the number of African presidents.

A version of this story appeared in the Aug 23-Sept 5, 2019 print issue under the headline: Pax Christi leaders look to elevate church's teachings on nonviolence.