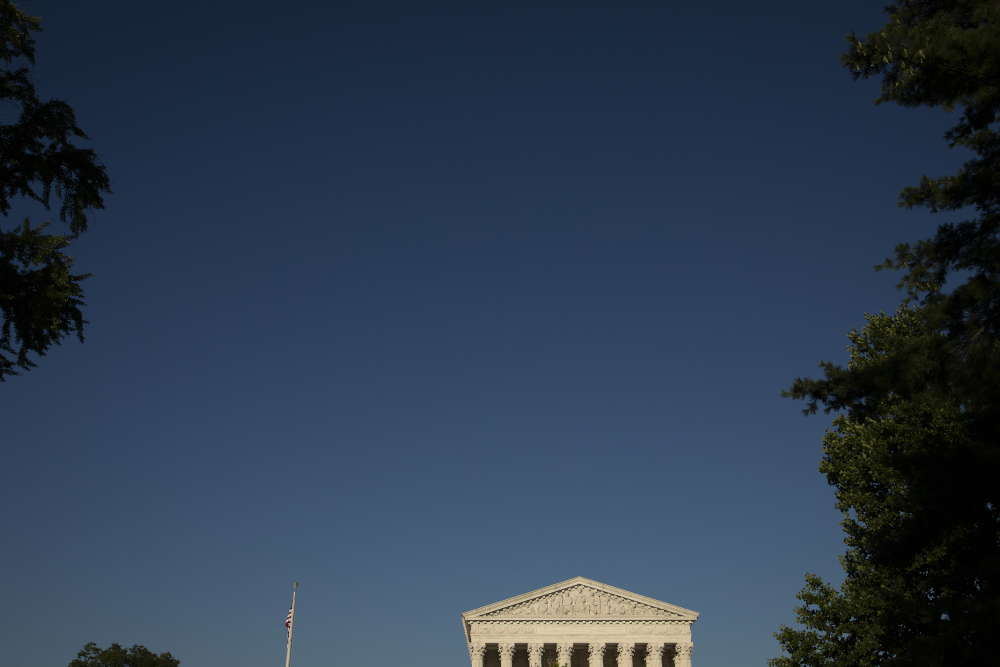 In response to the Supreme Court's May 30 decision to allow the execution of an Alabama death-row inmate, a Catholic group seeking to end the death penalty said in a tweet: "Our work to build a more restorative criminal justice system continues."

In a 5-4 ruling without an explanation, the court rejected Price's request for a stay of execution based on his claims that the state's execution method would subject him to excruciating pain.

Justice Stephen Breyer, writing the dissent, said the court should have delayed Price's execution long enough for a federal judge's already scheduled hearing to consider if the state's execution method violated the Eighth Amendment's ban on cruel and unusual punishment.

This is not the first time the court had weighed in on this particular case involving the sentence for the 46-year-old man on death row for the 1991 murder by sword and dagger of an Alabama minister Bill Lynn in his home.

In April, the court had similarly voted 5-4 to allow Price's execution to continue. In a brief opinion, the majority said Price had missed a deadline to ask for a different execution method. But the justices' decision came after midnight, two hours after Price was to have been executed, which gave him the new execution date of May 30.

After the April decision, Breyer urged the justices to wait and discuss this further in private conference, which didn't happen.

And then a month later, an opinion issued May 13 by Justice Clarence Thomas and joined by Justices Samuel Alito Jr. and Neil Gorsuch, aimed to "set the record straight" about why they had voted to let the execution proceed.

Thomas said Price's strategy in asking for a stay of execution was to delay the inevitable.

"It is the same strategy adopted by many death-row inmates with an impending execution: bring last-minute claims that will delay the execution, no matter how groundless," he wrote.

He also said the court's "failure to issue a timely order was attributable to our own dallying," and added that "such delay both rewards gamesmanship and threatens to make last-minute stay applications the norm instead of the exception."

In response to the court's look at this case again May 30, Breyer wrote in his dissent that it "demonstrates once again the unfortunate manner in which death sentences are often – perhaps inevitably – carried out in this country. We have here an illustration of why I believe, as I have previously argued, that the court should reconsider the constitutionality of the death penalty in an appropriate case."

This time, the court allowed for the execution to take place on the scheduled day, and it was carried out at about 7:30 p.m. local time.

According to The Associated Press, Price's last words were: "A man is much more than his worst mistake."

The execution happened the same day New Hampshire ended use of the death penalty there. Lawmakers overrode a veto by Gov. Chris Sununu, making the state the 21st to ban capital punishment.