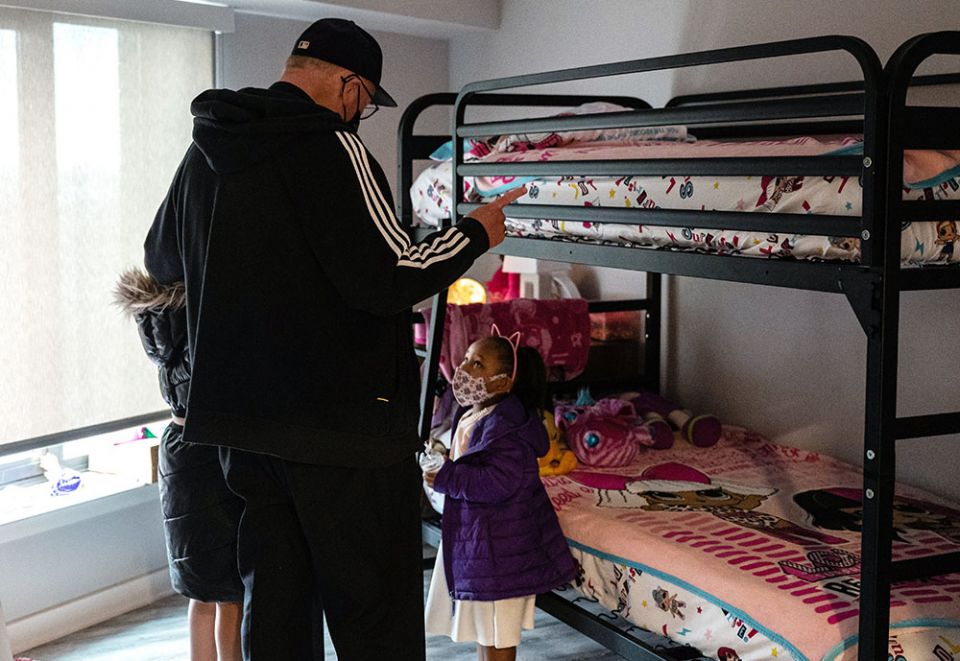 New York Cardinal Timothy Dolan visits Second Farms housing complex in the Bronx borough of New York City on Holy Thursday April 1. The new building opened by Catholic Charities of the Archdiocese of New York has 319 units of affordable housing, 10% of which are for formerly homeless residents. (CNS/Courtesy of Catholic Charities/Johnny Zhang)

I know what it's like to lose your home. As a boy, I watched, helpless, as my childhood home was lost to foreclosure. Predatory lenders and financial institutions offering subprime mortgages specifically targeted demographic groups like my family's: low-income, first-generation Americans. It's one of my most painful memories, which is why today, as an elected councilmember for my hometown of Campbell, California, I've made addressing our housing crisis a top priority.

While campaigning, I heard heartbreaking stories from residents who were worried that they may soon be priced out of their own community by unaffordable housing costs. Campbell is part of the metropolitan region with the worst housing crisis in the entire United States — but housing is quickly becoming a national crisis.

It's clear that the current state of affairs is untenable, which is why I believe that churches have a responsibility to help house our neighbors.

Across the country, many Catholic churches own plots of land, and, whether large or small, that property can be used to build housing for the community. With attendance declining in some congregations, and in flux in others due to impacts from the pandemic, many churches also find themselves with underutilized structures on their property.

The potential of churches in communities across the country to help tackle the housing crisis is tremendous. A 2020 report from the Terner Center at University of California, Berkeley found that in California alone, nearly 40,000 acres of church property could be developed with housing. (The full impact could be even greater than the report estimates, since the authors did not tally smaller plots of land where single or smaller units of housing could be built.)

The study's authors concluded that, in particular, property near public transit could offer the opportunity "to build housing that meets the state's twin objectives of expanding access to opportunity and reducing greenhouse gas ... emissions through improved land use." 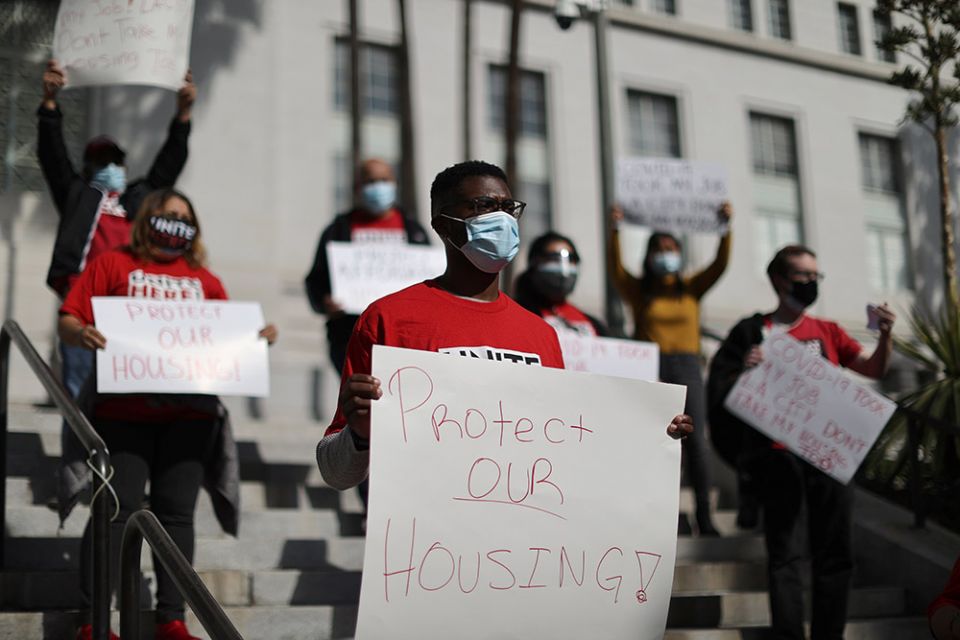 But though the report focuses on the public policy benefits of building housing, this work is also deeply in keeping with the church's mission. Already, many congregations give back to their community, practicing hospitality through donation drives for unhoused individuals or by hosting food pantries. As all of us are created in God's image; caring for our neighbors as ourselves is a basic duty for all Christians. Providing housing is a natural extension of this work.

There is also a powerful case to be made for building housing, grounded in the theology of ecology. Last year, I woke up to yellow skies from the wildfires that raged across my state — devastation that looked like something from Revelation, but was wrought by man's failure to care for our environment.

When we refuse to build infill housing in urban and suburban areas, it crops up in the rural areas that are most vulnerable to wildfires. Yet churches, often centrally located within a community, are positioned to build housing that alleviates these pressures by tapping into existing infrastructure rather than contributing to sprawl. To do so would be to follow the example of St. Francis of Assisi, patron saint of ecology, whose words Pope Francis cited in "Laudato Si', on Care for Our Common Home."

Despite the need for more housing, there are passionate and righteous debates in housing policy about the impact gentrification has on communities. Others advocate for social housing, run by the government, as a solution to the problem. While these policy nuances are important, there is ultimately no single solution to our housing crisis, and churches have the power to alleviate this painful reality.

This is housing not just as hospitality but as ministry — modeling God's kingdom on earth, rooted not in the philosophy of the moneychangers but the theology of love for neighbor and community.

Logistically, there are a number of different models for building housing on church property. Some may choose to build shelters or affordable housing, targeting particularly vulnerable populations. Other churches can choose to use the revenue from renting out housing units as a reliable, steady source of income to stabilize parish finances.

While most congregations might lack experience with issues like construction or property management, churches can partner with existing organizations in the community, such as developers (both for-profit and nonprofit) and direct service organizations.

Local governments, which would be involved in entitling the housing, can also help make those connections. In areas such as Pasadena, California, experienced community groups like Making Housing & Community Happen are set up to help churches navigate the process and bring relevant stakeholder groups to the table, with many more resources available online. Examples of successful housing projects by churches can be found across the country.

As Christians, we are called upon to live our values — to "be doers of the Word, and not hearers only" (James 1:22) The truth about our housing crisis is that it is a manmade one, rooted in decades of public policy mismanagement. Yet solutions are uniquely available to faith leaders and congregations.

In building housing for communities, our churches can do their part, and in so doing, offer up an alternative vision for society — that of God's word enacted here on Earth.

A version of this story appeared in the Sept 3-16, 2021 print issue under the headline: Addressing the US housing crisis must be a top priority for churches . 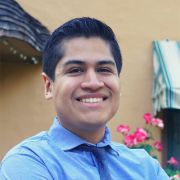 Sergio Lopez is an author and city councilmember for Campbell, California. He graduated from Yale University and studies at Duke Divinity School.