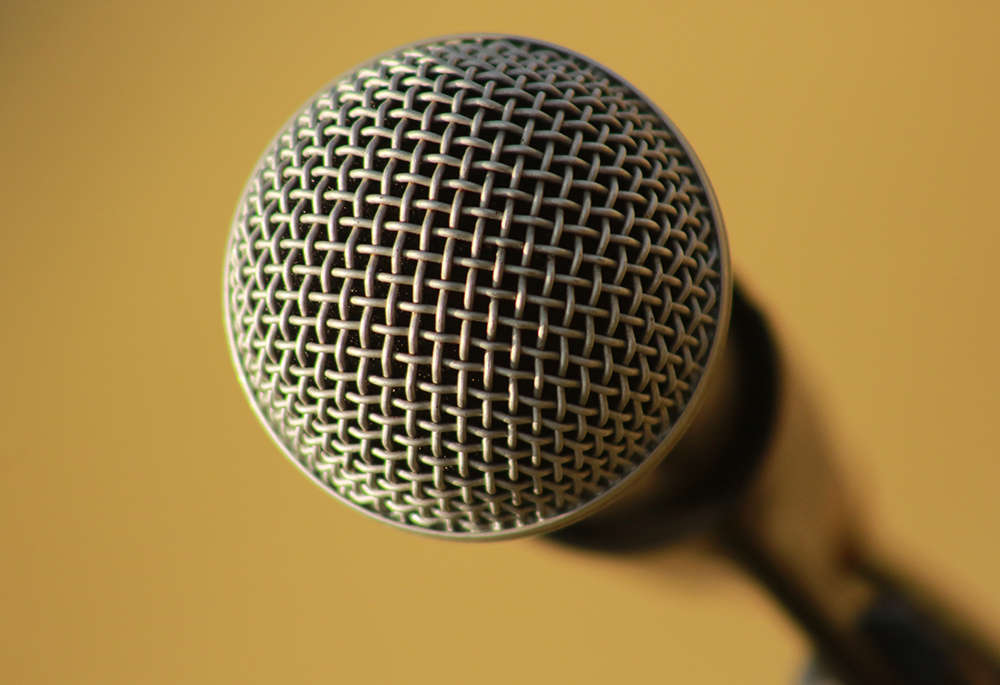 Under the harsh gymnasium spotlight in a high school somewhere outside of Phoenix, I introduced myself to the confirmation retreatants. I opened with a joke about how I'm sure they had other ways they'd rather be spending their Saturday night, and 150 pairs of eyes blinked back at me in the dialect of Morse code unique to teenage girls: "Duh."

And thus, I began another quixotic evening in pursuit of what often feels like a truly impossible dream: to engage young people in the Catholic faith through art.

For the last three years, I've been traveling the country and speaking to teens, college students, and beyond on the value of beauty in our pursuit of truth. I do this through original performance poetry pieces, colloquially referred to as "spoken word poetry." Each of my shows consists of 8-10 poems and a few stories and lessons on why beauty matters, especially in our faith.

To be honest, the beginning of my shows are always a bit of a shy and uncomfortable time for everyone involved. Most of my audiences have never even heard of spoken word before, let alone been to a live performance. And so, they often don't know how to react. Should they make eye contact with me while I'm performing? Is it embarrassing if they react to the pieces by crying or laughing out loud? Should they snap their fingers when they hear a line that they like, or is that only in movies?

But by the end of my 45-minute set, the faces in the audience change from blank stares to open smiles. And then, just as the audience has begun to become comfortable with the art form, I issue an invitation for them to try their hand at it, too. Once my set is done, we begin an all-level poetry writing workshop and end the evening with an open mic in which everyone has a chance to share their new work.

Which brings me back to Somewhere Outside of Phoenix. When I stood in front of the room of girls and asked: "So, who here considers themselves creative?" To my shock and delight, the girls didn't roll their eyes; they raised their hands.

We finished our session with some quiet writing time and then I moved on to the next group of girls, and the next, and the next. At the end of the night, we held an open mic or "poetry slam" back in that same gymnasium where we had started. Their youth leader asked if any of the girls would like to go first.

No one raised their hand.

They all just looked at each other sheepishly, wondering who amongst them might be the bravest.

I caught the eye of one of the senior girls and blinked at her in the dialect of Morse code unique to women-in-their-late-20s-who-have-totally-been-there: "You've got this."

She blinked back and raised her hand. 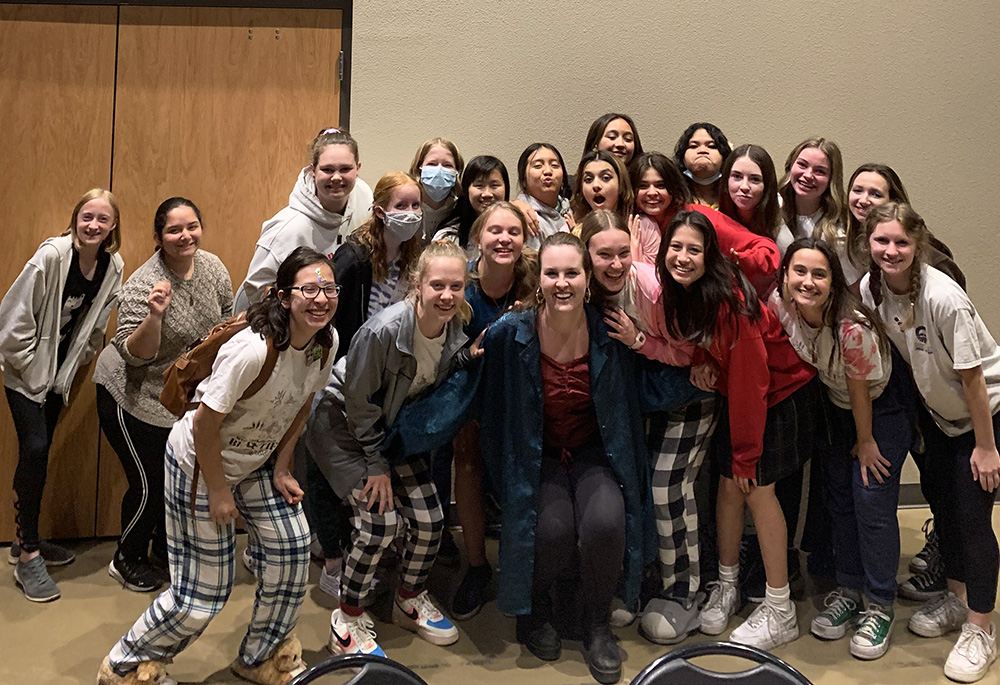 Clare McCallan poses with students at her spoken word class in Chandler, Arizona. The students learned about how to express themselves and their faith through poetry and then had a chance to write and perform pieces of their own. (Courtesy of Clare McCallan)

Now experts in spoken word and all of its charming conventions, the girls welcomed their classmate to the front of the room with a chorus of snapping fingers. She took out her notebook and I noticed that as she began to read, the hands holding her verses seemed to shake in time with their meter. And I smiled because she was living on the other side of scary and reaping its ultimate reward: self-expression.

When she finished her poem, the entire gymnasium exploded in applause and cheers. And then another girl stood up and read her poem. And another. And another. We listened to teenage girls turn their doubts and beliefs and stories into poetry for over an hour, which to me, is one of the most wonderful ways I can imagine spending a Saturday night.

I believe that there is something sacred about giving a young woman a microphone and telling the whole room to listen. Around age 15, a lot of teenage girls close in on themselves, and understandably so. I remember being that age, more than I'd like to, because it was the age when I stopped raising my hand in class. It's also the age I started straightening (burning) my curls, stopped reading for enjoyment and dropped out of CCD. Looking back, I can see that all of those changes were connected, stemming from a loss of confidence not only in myself but also in the foundations of what I had, until then, believed. I found my way back to myself, my faith, and my voice eventually; but those years took their toll.

Now, there's a good 10 years of distance since my high school years and I'm healing those old familiar wounds by sharing the mic and the Gospel with young women who remind me more of myself than I can sometimes bear. Seeing them process the complicated world around them and their relationship to it, through art, has been more healing and beautiful than I could have ever imagined. I am grateful to be surrounded by these smart, funny and creative girls who make me want to be a better Christian, artist and woman.