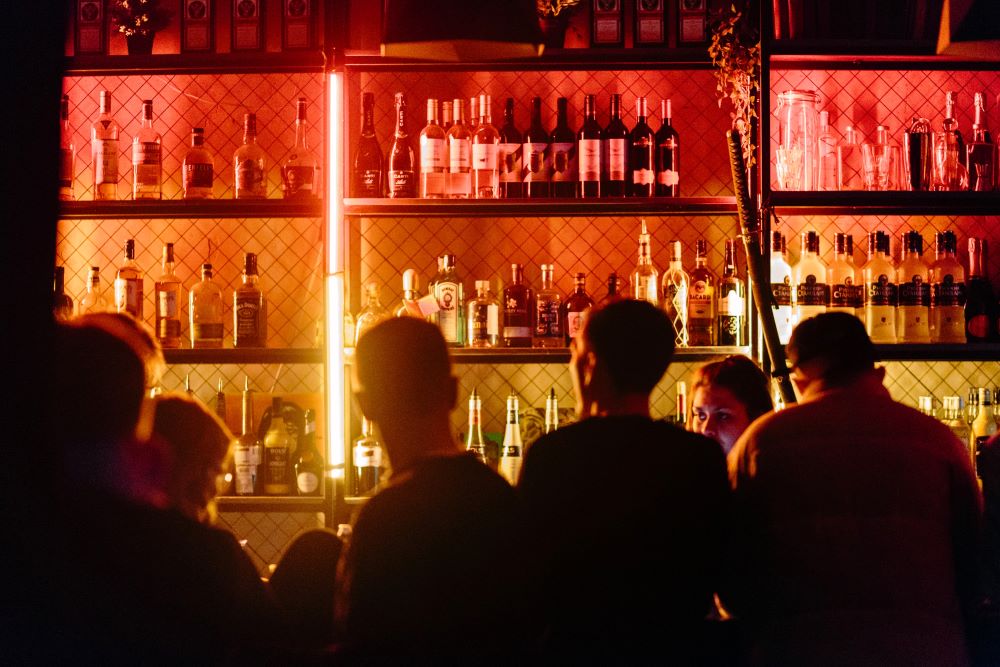 When Florence was 18, an intimate video of her in a bar was filmed on a Jesuit college campus. Posted to a social media account named for that college, the sexually exploitive video quickly gained millions of views.

This is not an isolated story. It's the story of Barstool Sports, and it's playing out at Catholic universities across the country.

Barstool Sports is an infamous multimillion-dollar media empire of sports and sex. The website and its social media presence combines sports coverage, lowbrow viral internet moments and pictures of highly sexualized women (including a "Smokeshow of the Day"). The brand is so popular it has its own sportsbook for betting and a flavored vodka, Pink Whitney. The @barstoolsports Instagram account emphasizes short viral videos and boasts over 12 million followers. It traffics in "college humor," the culture of raunchy jokes, laissez-faire sexual mores, binge drinking and viral videos that soaks many campuses like cheap beer.

Most colleges in America have smaller, localized Barstool accounts on Instagram and Twitter. Catholic schools are no exception: Of the 27 Jesuit colleges and universities in the United States, only three do not have associated Barstool accounts. Though these localized accounts claim no official affiliation with the schools, they have names like @barstoolholycross or @fairfieldbarstool and post content tailored to their schools' student bodies. Students send submissions to these accounts to have memes and photos or videos of drunken exploits on campus posted for people to laugh at. It was on one of these college Barstool Instagram accounts — for a Jesuit school — that the video of Florence was first posted. 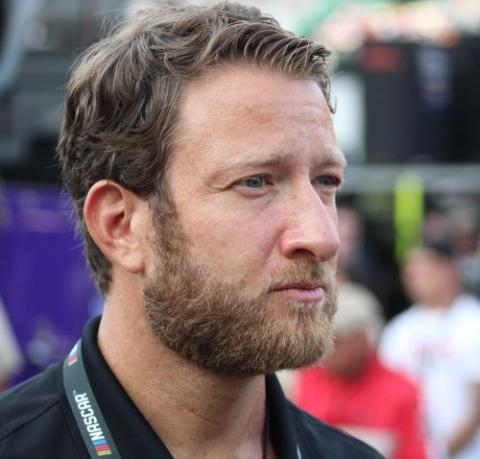 Barstool's incredible reach has made its founder, Dave Portnoy, an internet celebrity, known for his abrasive personality, crude humor and proud political incorrectness. A few months ago, he was the focus of a Business Insider article that highlighted three young women, as young as 19, who had sex with Portnoy, now 45, which they said turned humiliating and violent. Two of the women told Business Insider that Portnoy "both choked and filmed them without advance permission."

An additional three young women came forward later, also saying that Portnoy filmed them without permission; one woman recounts Portnoy fracturing her rib during sex. Portnoy denies the allegations of choking and filming without consent, though he acknowledges the rib injury. He has a well-documented history of pursuing young women barely at the age of consent, and has had three sex tapes leaked, including one in which he violently chokes a woman wearing a leash.

Portnoy went live on Twitter in a ranting, hourlong video to protest his innocence, rail against Business Insider and try to discredit the women, declaring, "I've never taped a girl without her consent in my life."

The same cannot be said of Portnoy's legion of fans, called "stoolies."

Florence, now 22, is a recent college graduate. (Her name is a pseudonym to protect her privacy.) The video of her in a bar was taken without her knowledge or consent. It went viral after being posted on Barstool Sports; three different Barstool platforms have reposted it multiple times, and the video has received several million views.

In the video, taken at a popular college bar, Florence is kissing a man who is clumsily trying to grind on her. The video is awkward and difficult to watch, a display of hormones and college drinking and guys who push their luck as far as they can — in short, everything you can expect from a next-to-campus bar that caters to freshmen. For Florence, the encounter was also an intimate moment, a drunken mistake and part of growing up. Videotaped by a stranger, it is on the internet forever for millions of prying eyes to watch.

When the video went viral, "It was the worst 24 to 72 hours of my life. It was horrible," Florence said through tears. "I definitely felt exploited."

After first being posted by the Catholic college's Barstool account, the video was picked up by the main Barstool Sports Instagram account with its 12 million followers, and then by @barstoolu, Barstool's university-focused account that has another nearly 3 million followers. Some of the accounts posted the video multiple times; for a while, it was trending.

Even though the man's behavior made the video go viral, "I definitely blamed myself for it," Florence said. "I felt so much guilt and shame and it was really embarrassing. It definitely impacted the relationship that I had with myself."

Florence and several friends reported the video, but Instagram would not remove it, Florence said. She emailed Barstool directly, citing the extreme harassment the video was causing and threatening legal action. Florence said Barstool answered with a standardized response informing her that because she was filmed in public, Barstool Sports was legally allowed to post the video and would not take it down.

Posts on Barstool are known to exhibit the kind of crass humor one would expect from a badly behaved college frat. Their posts are steeped in sex and sexism and earn much of their audience engagement from objectifying women.

Florence remembers Instagram comments cheering the guy on, some ribbing him but others offering congratulations. Although embarrassing, the video seemed to have few lasting consequences for him. "A few years later, that guy slid into my DMs again and was like 'hey, remember that this happened to us? Do you want to hang out?' " Florence said. "Clearly, I could tell from that that it was not a big deal to him at all."

That has not been Florence's experience. The video has caused lasting trauma, wreaking havoc on her self-image and relationships. Although it is over four years old, as recently as eight months ago, a now ex-boyfriend found the video and shamed her for it, a factor in their breakup.

Feminist theologian Megan McCabe has written extensively about the rape culture that underlies so much of college partying — ideas about aggressive masculinity and sexually available femininity that leads to sexual violence, from harassment to rape. She describes this kind of culture that both caused and is caused by the popularity of Barstool as a social sin; it's an offense against the centrality of dignity as established by the Second Vatican Council document Gaudium et Spes and an obstacle to human flourishing, she says.

Participation in this kind of social sin involves a level of individual responsibility in choosing to support something harmful. In situations like Barstool, "it's not neutral to go into these environments that are participating in sexual objectification that can also then be exploited by perpetrators of sexual violence," McCabe said. But social sin is also upheld by larger structures that go beyond individual participation. She finds it's helpful to ask, "What's the system that's in place that is actually making money?" With Barstool valued at $450 million, the answer is clear.

Many followers of @barstoolsports are people Florence likes and trusts, a number of them Catholic — friends, neighbors and old classmates she knows wouldn't normally accept this kind of behavior. They are what McCabe calls "situational perpetrators": people who wouldn't ordinarily participate in a certain behavior without a culture of enablement. Pushing back on this culture needs to become a priority to begin to combat the overwhelming popularity of this social sin on Catholic campuses.

This is the behavior that is enabled and emboldened by Barstool's culture of objectification — and that culture comes back to founder Dave Portnoy.

In his Twitter video in the wake of the Business Insider story, Portnoy complained about the impact to his $120 million net worth and said of his notorious attraction to barely legal women, "If people are going to indict me for being a guy, indict me." He even went so far as to insist, "I'm the f—g victim, OK?"

In short, he did just about everything except apologize to the women.

Portnoy feels he did nothing wrong, even though the women reported their sexual encounters with him as deeply traumatizing. One woman described screaming in pain, while another became suicidal shortly afterward.

The Rape, Abuse & Incest National Network, or RAINN, defines consent as "an ongoing process of discussing boundaries," emphasizing an enthusiastic "yes" over the absence of a "no." It notes that "unequal power dynamics, such as engaging in sexual activity with an employee or student, also mean that consent cannot be freely given" — say, the unequal dynamics between a 45-year-old celebrity millionaire and a 19-year-old woman who just wants to impress him.

Portnoy's Twitter video made clear that he struggles with consent. If the encounters were initiated by the women, he seems to think, they could not have been assault, and he bears no blame. He insists the encounters were totally consensual, without consideration for the deeply unequal power dynamics that pressured the women into harmful experiences.

That struggle with consent extends to Barstool as a whole. If the company relies on displaying women who are drunk, undressed or do not know they are being filmed, well — that's what built Portnoy's hundred-million-dollar fortune. His response to the allegations suggests he doesn't want to take responsibility for filming the five women who came forward or for the harm they experienced. And the continued proliferation of nonconsensual content on Barstool suggested he doesn't want to take responsibility for how his cult of personality and the incredible hold of Barstool over college culture inspires people to film others without their consent, either.

"If we’re going to say that we want to work towards the common good, or work to promote the kingdom of God, or work to support human dignity, we need to be paying attention to the ways in which our campus cultures violate that," she said.

One way of doing that is for Catholic universities to crack down on Barstool accounts using their names. It's unacceptable for young women to be sexually exploited by social media named for Catholic schools, and it needs to come to an end.

If this culture is rendered unprofitable, it will come to an end. If there is no longer money in exploiting women, websites like Barstool will sell something else. The toxic college culture that both shapes and is shaped by Barstool can be changed; it is not too late to demand accountability from men like Portnoy who do not see the need to apologize for the harm they have caused. Apologies do not fix a mistake, and the trauma that has been done to all of the women cannot be undone. But a genuine recognition of harm would be an important first step.

In the meantime? If you want to support young women, unfollow Barstool Sports and tell your friends to do the same.