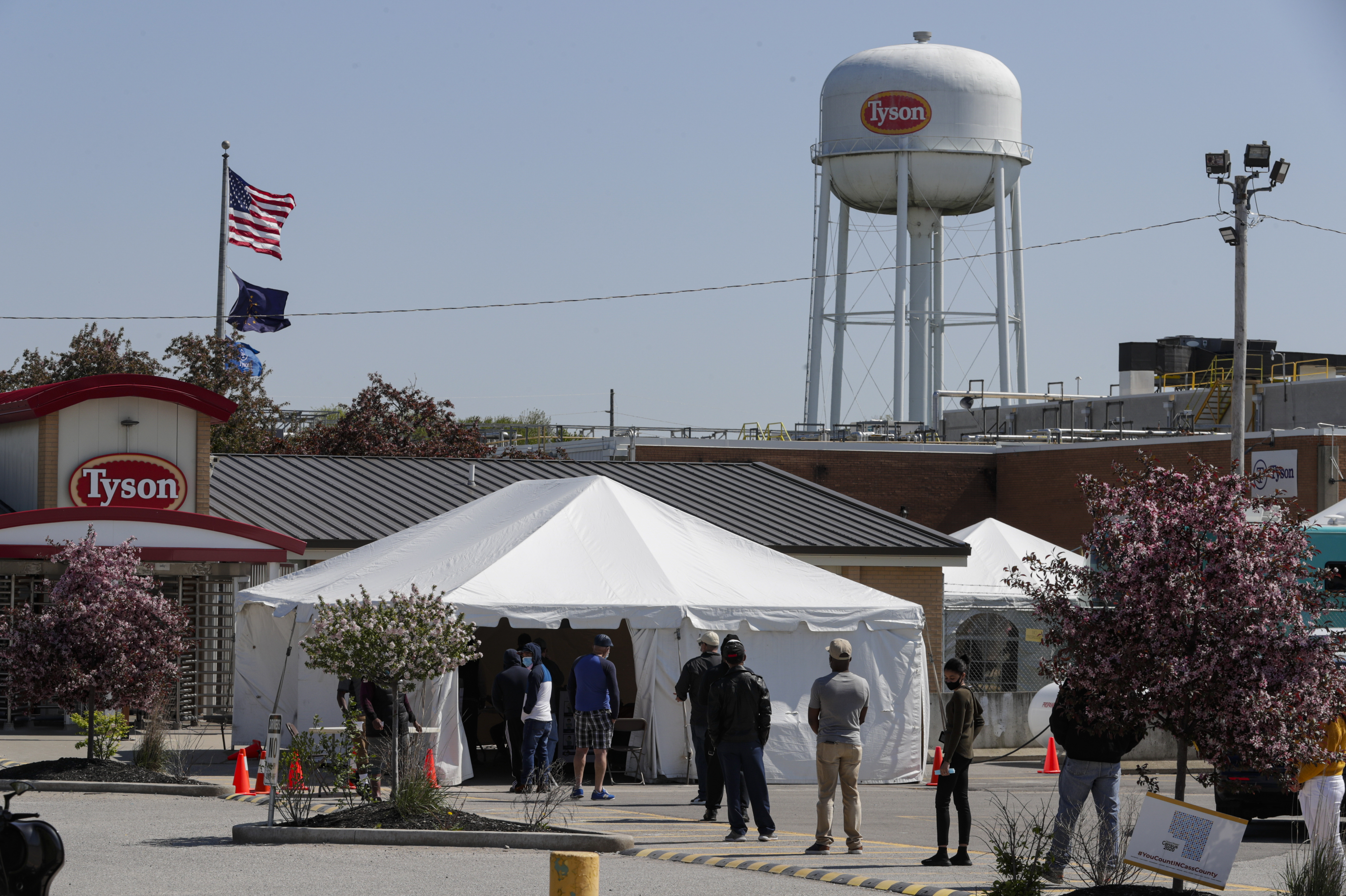 Workers wait in line to enter the Tyson Foods pork processing plant in Logansport, Ind., in this May 7, 2020 file photo. (AP/Michael Conroy)

Like many Americans, I became aware of unsafe working conditions in meatpacking plants as reports surfaced of COVID-19 outbreaks in the food industry in 2020. I continued to follow reporting that described the long-standing injustices faced by meatpacking workers, many of whom are refugees from around the world. While my friends were perplexed by my sudden fascination with meatpacking, I knew that, as a social justice oriented Catholic, this was not a topic I could ignore. 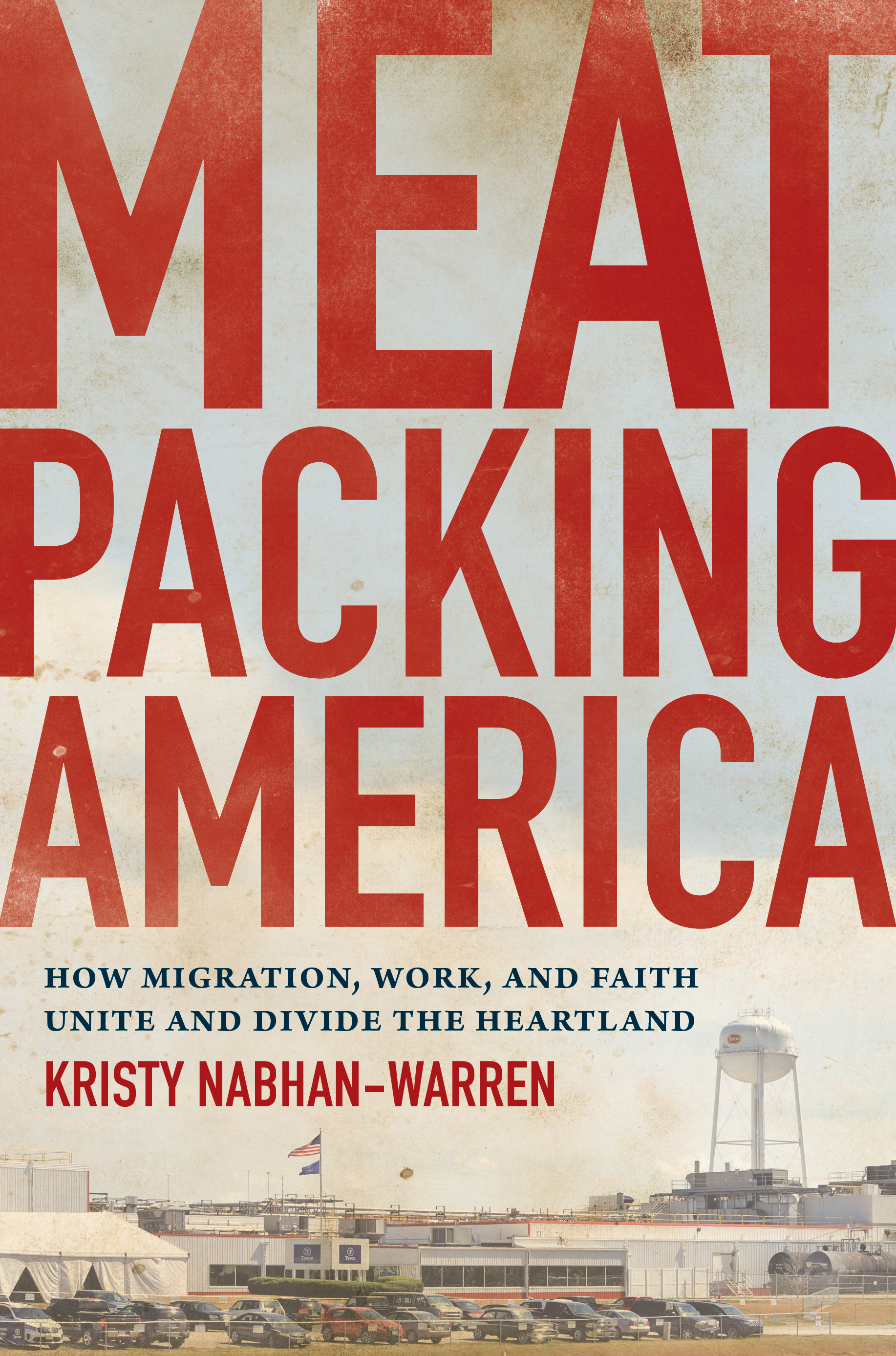 The lives and stories of these workers are at the heart of Meatpacking America: How Migration, Work, and Faith Unite and Divide the Heartland. Kristy Nabhan-Warren, an anthropologist of religion and migration, draws on eight years of research in rural meatpacking towns of Iowa. A skilled ethnographer, she brings the reader into rural Midwestern homes, workspaces and churches — intimate places that provide a fuller picture of the story of meatpacking.

Meatpacking workers labor in one of the country’s most dangerous jobs. Killing, cutting and packaging hogs, chicken and cattle is physically demanding and psychologically taxing. But the protein industry usually hides this from public view.

Many stories in Meatpacking America show the precarity of refugees’ lives. Mugombekere "James" Mugereke and his family escaped violence in the Democratic Republic of Congo only to find their family in a tent camp in Zimbabwe where malnutrition was prevalent and clean water was scarce. After being granted refugee status by the U.S. government, James and his family were placed in a Catholic Charities resettlement program that allowed them to join relatives in Iowa. Working as a shift supervisor and translator at Iowa Premium Beef offered James steady employment and the possibility to build a life for his family in the U.S.

James is one of thousands of refugees who find work in the Corn Belt. Since the 1980s, refugees from Mexico, the Democratic Republic of Congo, Syria, Somalia, Sudan, Honduras, Guatemala, Myanmar and Vietnam have come to the Midwest seeking jobs and an affordable cost of living. They find it on corporate farms and large-scale meatpacking plants where immigrant labor has long been exploited in an industry that has discouraged unions and low-paying wages in right-to-work states, like Iowa. Although there are ample jobs, workers pay a high price for this employment, especially in regard to their health and well-being.

In reading these stories, both in the last two years and in this book, I find myself increasingly heartbroken by the structures of capitalism and global consumer demand that trap the most vulnerable in low-paying, dangerous jobs. Why are these the jobs available to global refugees escaping the world's most horrific conditions? How can justice for migrants and refugees be achieved within an exploitative system?

Meatpacking America shows that the communities surrounding meatpacking plants are important places to learn about the complex intersections of work and survival, migration and belonging, race and religion. Weaving together stories of hope and loss, Nabhan-Warren illuminates the motivations and dreams of Latino, African and Asian migrants and refugees, as well as white Iowans. Each chapter offers readers deeper insight into how all who make rural Iowa their home employ understandings of work, family and religion to make sense of their histories and their relationships within a multiethnic, multilingual community.

The workplaces and worship spaces of these refugees also reveal that they cannot escape whiteness. From the upper management of meatpacking companies to the hog and cattle farmers of the producer class, white Iowans hold positions of power and privilege. White CEOs of Tyson Foods use religious language to sanitize the violence of the workplace. The company markets itself as committed to "integrity," "faith" and "values." "While the CEOs, CFOs, and human resources management at the meatpacking plants want to downplay the blood and violence and even sacralize it," Nabhan-Warren writes, "the killing and cutting floors are not experienced as a religious space by the workers." Upper management brands meatpacking as sacred, but this is not how workers describe their experiences. The combination of corporate power and whiteness enables CEOs to valorize meatpacking work, obscuring the lived realities of Black and brown refugees. 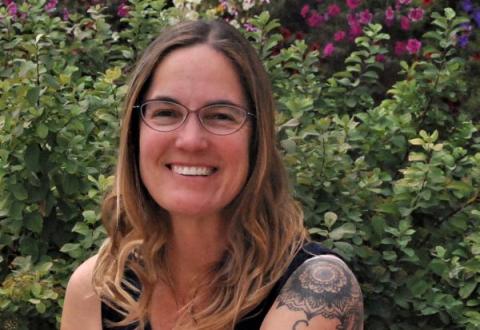 The same problem exists in local Catholic churches. Nabhan-Warren shows how many white parishioners draw upon their long-standing family histories to maintain a sense of authority and dominance, contributing to what she describes as the "politics of inclusivity." In one of the book's many poignant stories, Nabhan-Warren describes an after-Mass coffee hour in which her white friends were shocked when she greeted a Latina parishioner in Spanish. This story reveals how racialized categories of difference contribute to the gap between the English-speaking community and the Spanish-speaking community. The white parishioners' shock is not about divergent theologies or spiritual practices. It is about how difference is maintained through notions of otherness based on race. At work and at church, migrants and refugees confront powerful structures, upheld by some white Iowans, that maintain a binary of insider and outsider.

Before COVID brought the issues around the meatpacking industry to my attention, I did not understand how deeply my consumer choices, my vote and my public policy advocacy connected me to these rural Iowan communities. Whether we purchase meat or not, the expansive protein industry plays a major role in the economic structures of the U.S. Meatpacking America has reminded me of Pope Francis’ examination of capitalism in Laudato Si': "Economic powers continue to justify the current global system where priority tends to be given to speculation and the pursuit of financial gain, which fail to take the context into account, let alone the effects on human dignity and the natural environment."

Meatpacking America is an essential read for understanding the context that perpetuates the vulnerability of refugees in meatpacking plants across the Midwest. For those of us who believe that living our Catholic faith means working toward justice and liberation, the lives of these refugees must remain central in our concern and advocacy for labor rights, immigration reform, care of creation and climate justice.

A version of this story appeared in the Feb 4-17, 2022 print issue under the headline: Book highlights vulnerability of refugees in meatpacking plants.