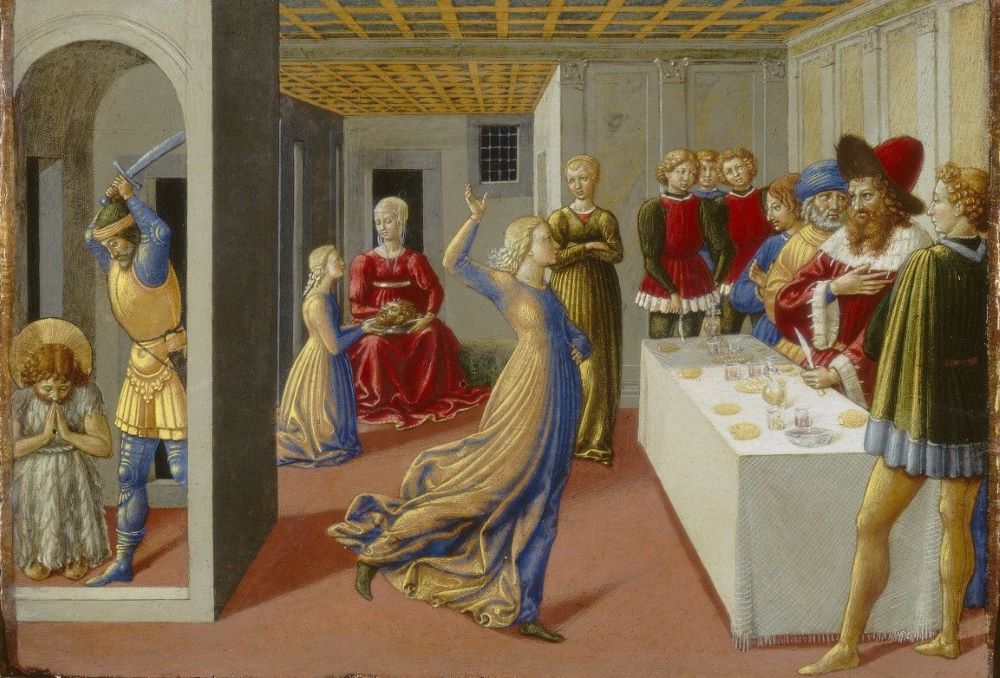 "The Feast of Herod and the Beheading of Saint John the Baptist" (ca. 1461) by Benozzo Gozzoli (Artvee)

One of my earliest memories of church must be quite common. It involves lighting little candles with a wooden stick and then plunging the still smoldering end into a box of sand to ensure that nothing beside the candle caught fire. What makes my memory perhaps a bit odd is who I lit those little candles for: Pontius Pilate and King Herod. 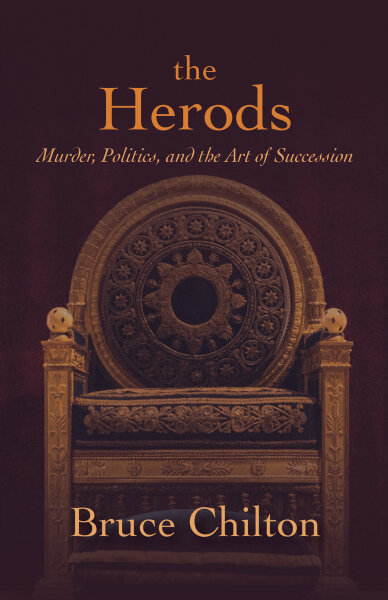 These two historical figures, probably more than any character except Judas Iscariot, are the towering villains of the Gospels. No wonder I thought they needed some prayers. Bruce Chilton's book The Herods: Murder, Politics, and the Art of Succession focuses great attention on the second of these villains, and while the book covers all of what became known as the Herodian dynasty, Herod the Great (of "Massacre of the Innocents" fame) steals the show. The book makes clear that King Herod's soul, should it be lucky enough to reside in purgatory, may benefit from some additional candles.

Probably the most confusing element of the Herodian dynasty is that most of Herod's successors — either kings like Herod Agrippa, Herod Archelaus the ethnarch ("ruler of the people"), or tetrarchs like Herod Antipas — appropriated their illustrious ancestor's name for themselves. The name "Herod" shows up 40-some times in the New Testament, but unfortunately the evangelists often neglected to distinguish one Herod from the next.

The various Herods can be maddeningly hard to separate, even for scholars. One great service Chilton provides is to distinguish them for us, providing an extremely helpful vignette of each ruler, describing where they fell in the family lineage, the successes and challenges of their respective rules, and a handful of adjectives about their personalities and approaches to power. Early in life, Herod the Great's words are: "Resourceful, resilient, remorseless, heroic." 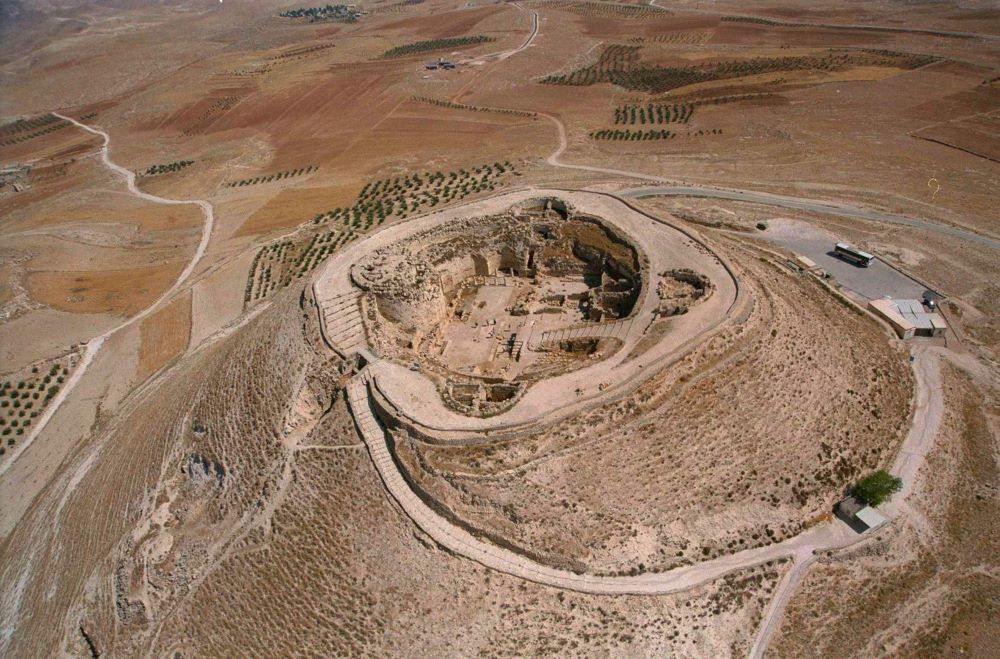 Heroic he was. The strapping son of an Idumaean warlord named Antipater, Herod benefited from his father's deft use of the politics of religion to supplant the ruling Maccabean dynasty. Chilton's research is necessarily based on the work of one man: first century Jewish historian Flavius Josephus. It was Josephus who coined the term "theocracy," a word he used to describe the unique interplay of Judaism and political power at work in the Maccabean and Herodian courts.

Because Antipater and Herod were Idumaean, or Edomite to use the Old Testament term, when their family converted to Judaism, it was seen by much of the Jewish population as suspiciously expedient, and their religious sincerity and right to rule were called into question. Antipater first came to Rome's attention as the advocate of a Maccabean priest engaged in a dispute over the high priesthood in Jerusalem. Rome — and Pompey the Great — were asked to adjudicate and ruled in favor of Antipater's claimant. 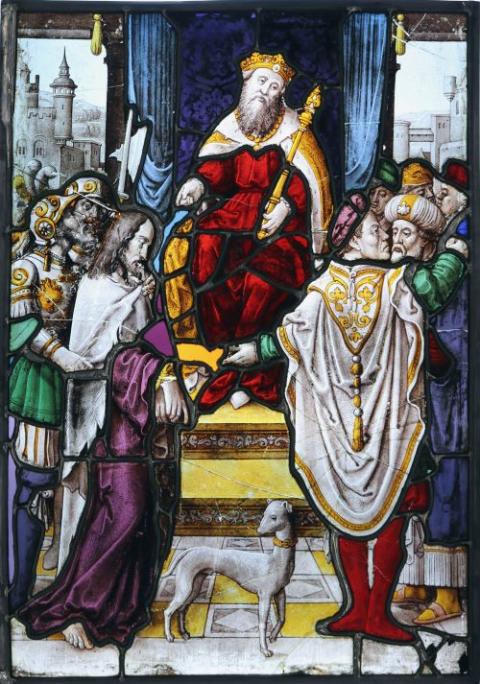 Antipater, Herod and their descendants would continue to rely on Rome as long as their dynasty remained in power. They were remarkably skilled at remaining in Rome's good graces regardless of who was in charge: Pompey, Julius Caesar, Marc Antony or Octavian. When Antipater was poisoned shortly after the assassination of his ally Julius Caesar, his son Herod fled to Rome where Octavian and Marc Antony were pleased to crown him "King of the Jews." Herod returned to Jerusalem at the head of an army and looked on as his rival was crucified.

By this point, Herod was already married to his second wife, Mariamme, a teenage Maccabean princess who lent her new husband much needed religious and political legitimacy. Their marriage ensured that while some pious Jews might sneer at Herod's ancestry, his children would be proper Judaean royalty.

Chilton makes clear, however, that Mariamme was no mere trophy wife. She advocated for Maccabean priorities, sometimes via full-blown arguments with her husband. She and her mother, Alexandra, were extremely ambitious on behalf of Mariamme's two sons by Herod, something that would prove deadly. Herod became increasingly suspicious of those closest to him, and before long his rule became a reign of terror. Among the victims were Mariamme herself and her two sons.

While his military exploits were legendary, and his building projects — specifically his enormous expansion of the Temple in Jerusalem — were prodigious, it was Herod's legacy of brutality that haunted his descendants, most of whom took on the name of Herod. Chilton helpfully provides a list of dramatis personae in the back of his volume. A truly shocking number of them were killed by Herod. By the end of his life, Chilton changes Herod's adjectives to read: "Suspicious, jealous, conniving, homicidal." 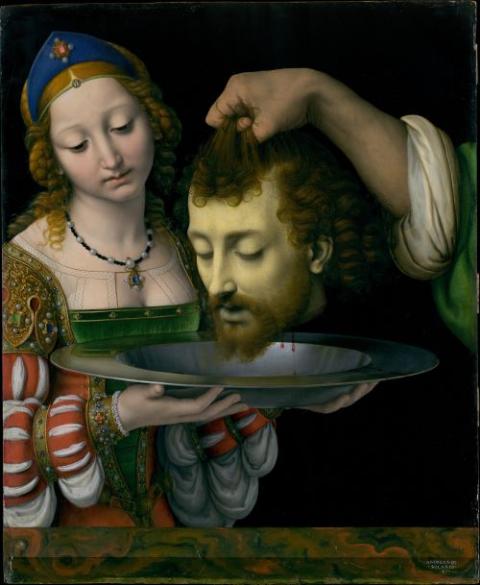 Salome with the Head of Saint John the Baptist by Andrea Solario (Metropolitan Museum of Art/The Friedsam Collection, Bequest of Michael Friedsam, 1931)

While Chilton relies primarily on Josephus, the author is a scripture scholar at heart, and draws on the evangelists generously. He seems particularly fond of Luke. Some of Chilton's most intriguing passages involve Jesus and John the Baptist's confrontations with Herod the Great's son and eventual heir, Antipas the Tetrarch. The Herodian royal line was so famously incestuous that John the Baptist was beheaded specifically for attacking Antipas' marriage to his niece, who was also his (living) brother's former wife, Herodias. (One of the few things missing from this book is what would no doubt be a very convoluted family tree.) It was Herodias' daughter, often identified as Salomé, who danced before Antipas and received John's head on a platter, according to Matthew and Mark.

During their lifetimes, John was clearly seen as the bigger threat to the religious and political status quo, and Chilton at one point humorously refers to Jesus as "relatively obscure." Jesus' own attacks on Antipas, however, were equally damning. Calling him both a fox and windblown reed, Jesus compared the tetrarch unflatteringly to the executed John.

The final straw (or reed) for Antipas and Pontius Pilate was Jesus' clearing the temple of merchants following his entry into Jerusalem. This attack — which Chilton describes as more of a riot — targeted both the Romans and Herodians and demanded a response. When Antipas sent Jesus to Pilate wrapped in a purple cloak, the message was clear: Jesus was a pretender to the throne and must be dealt with. Jesus' crucifixion further cemented the bond between the Herodians and Romans, with Luke writing, "Herod [Antipas] and Pilate became friends that very day, even though they had been enemies formerly" (Luke 23:11).

Chilton's scholarly work provides a vivid portrait of the Holy Land at the time of Jesus and beyond and examines the relationship between religious and political power. The Herodians exercised this power with impressive cunning, but also brutal violence, as the fates of John and Jesus demonstrate. Ultimately, however, Herod and his family would be unimportant historical footnotes had they not been prime antagonists in a story much greater than their own, a story in which their dynasty plays second fiddle to a very different kind of king.