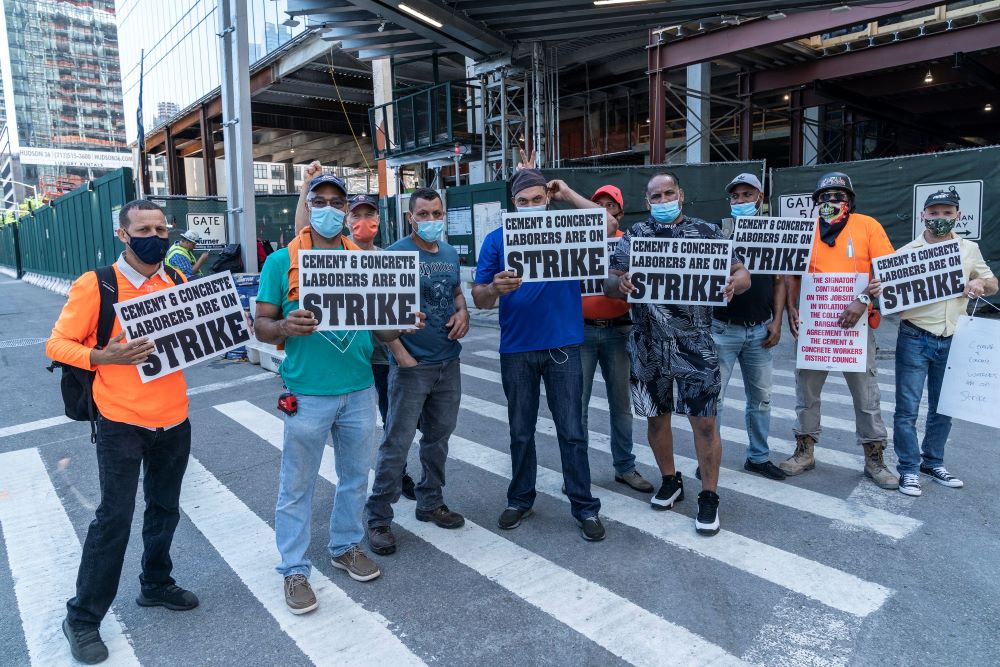 It is no secret that the U.S. labor movement has been dwindling for decades. Simultaneously, and not coincidentally, economic inequality has widened significantly and, more recently, U.S. democracy has begun deconsolidating. Among democratic scholars, there's been a plethora of writing on the origins and solutions to the latter but less on the interconnections between all three matters. 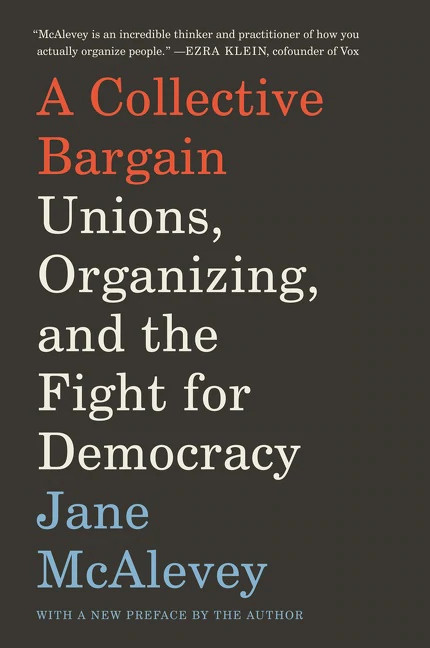 It is not a coincidence that the more social democratic systems in much of Europe have greater union density or, in the case of France, more legal power than in the United States. Greater power for unions means greater influence for working-class interests that include stronger universal social welfare. In A Collective Bargain: Unions, Organizing and the Fight for Democracy, union organizer Jane McAlevey does not explicitly make this connection, but argues that unions, and the tactics they employ to win, are necessary for the Democratic Party to win the titular fight for democracy.

McAlevey's argument is most clear in the final chapter, where she argues that the unfair rules of the game tilted in Republicans' and corporate interests' favor are analogous to the legal advantages management has under the Taft-Hartley Act. In her view, union strategies can build the supermajorities needed to pressure politicians to pass transformative policies like the Green New Deal. The pursuit of governing power cannot end at the ballot box — the baton cannot be handed to elected officials with the expectation that no further political action will be necessary.

Building to that final chapter are a series of case studies — true uplifting narratives of hard-fought union victories that detail how workers can grow their power — as well as the systematic dismantlement of arguments, new and old, against unions. She argues that unions are essentially democratic bodies and hence are susceptible to the weaknesses all democracies face — low participation, rules that promote or entrench oligarchy, cultural maladies — which can lead not only to socially regressive positions, but also promote union leadership's cooptation by management and undermine the very point of the union. 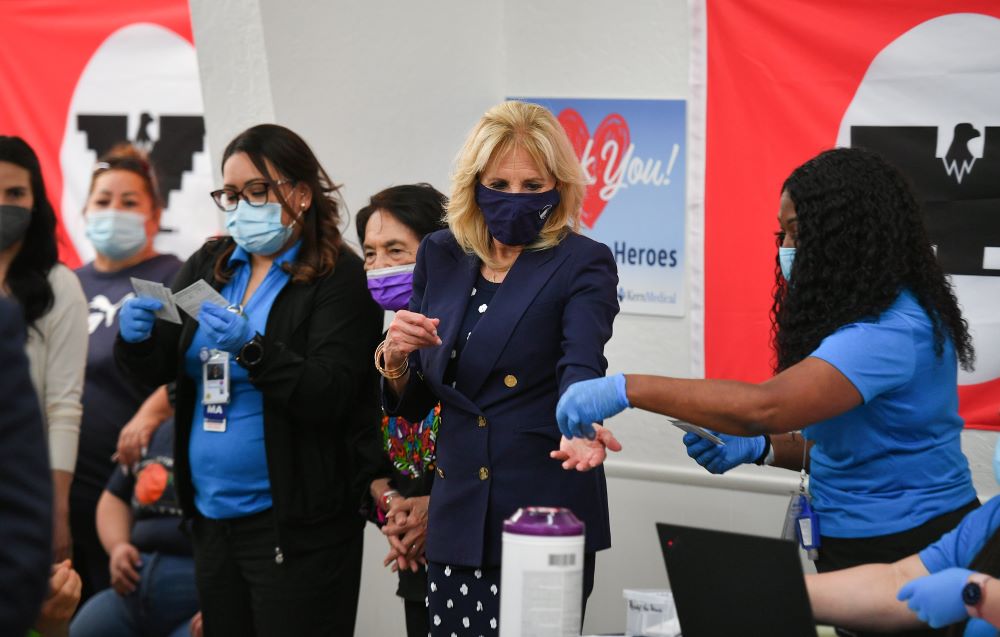 Labor leader and civil rights activist Dolores Huerta, with purple mask, stands next to first lady Jill Biden as she helps volunteers at a COVID-19 vaccination site at The Forty Acres, the first headquarters of the United Farm Workers labor union, in Delano, California, March 31, 2021. (CNS/pool via Reuters/Mandel Ngan)

McAlevey's case is generally sound. Strong, well-organized, democratic unions are the key to winning in the workplace and their tactics may be effective in broader democratic fights because unions are simply smaller-scale democratic systems. Building solidarity and unity for collective action through "structure tests" is key to successful strikes and to democratic transitions and progressive movements historically. And identifying community leaders that can marshal workers or voters to take action is also an important part of the division of labor of organizing; unions themselves ought to be those trusted leaders for voters.

Moreover, the specific stories of union leaders, teachers, nurses and hospitality workers winning over the course of years-long campaigns are inspiring and give readers the tools and strategy to build or revive unions in their workplaces. Further, her identification of the history of legal attacks and limitations on workers' rights should give even more impetus to Congress and the public pressuring it to pass the Protecting the Right to Organize Act, parts of which are included in the pending budget resolution, which would empower more workers.

McAlevey's identification of women and people of color as benefactors of the nascent revived union movement at times comes across as disingenuous and pandering. In one cringeworthy sentence she writes, "A well-unionized worker is a woke worker, and woke workers can change the direction of this country." That said, it is true, as she identifies, that unionized women workers and workers of color make more than their nonunionized counterparts.

Her argument's appeal to Democratic Party officials relies on the principle that stronger unions mean a stronger Democratic Party. However, white working-class voters, including many white union workers, have steadily increased support for the Republican Party as Republicans have increasingly relied on appeals to “racist resentment.” As McAlevey notes in the beginning of the book, using racial/ethnic divisions to divide the working class is an old tactic of union busters. Yet she provides few to no solutions for addressing the use of those tensions electorally by the pro-corporate GOP.

Unions' historical relationship to white supremacy in the United States is mixed. The Knights of Labor, on the one hand, included a significant number of Black and women workers in its ranks by the latter half of the 19th century. But it also supported the Chinese Exclusion Act of 1882, and the American Federation of Labor (AFL) also supported xenophobic immigration laws. McAlevey does not mention this even though the AFL-CIO only shifted to supporting progressive immigration policy in 2000. She does acknowledge that the conservative white-led AFL-CIO discriminated against Black workers and agreed to exclude agricultural and domestic workers (then mostly Black professions) from the National Labor Relations Act. Notably, she does not mention how police unions, many affiliated with AFL-CIO, work to prevent accountability for their members for brutality and killings that disproportionately target Black Americans. 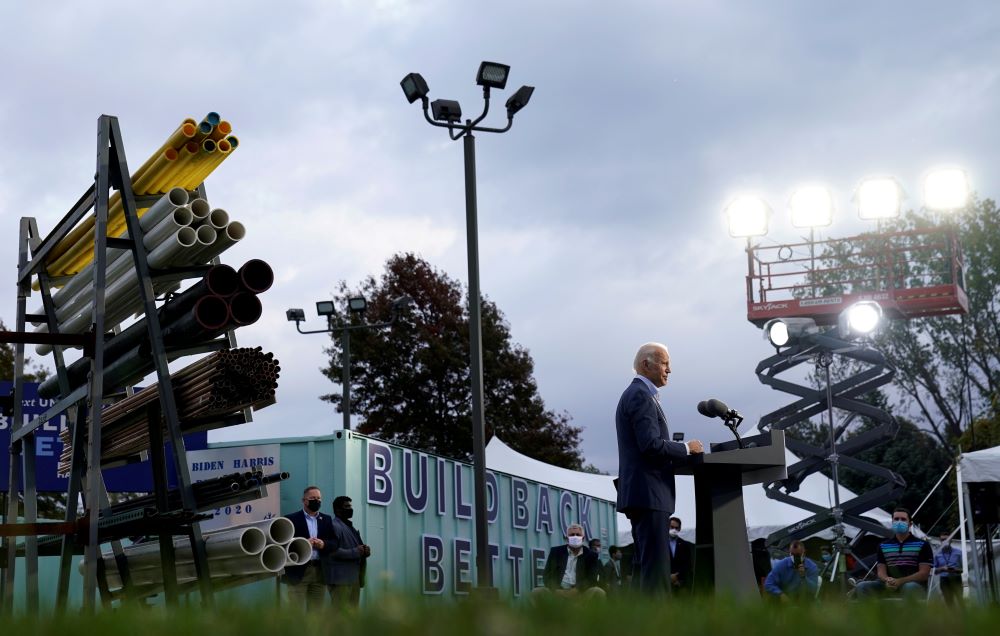 McAlevey's discussion of race seems to imply that racism within unions was both a product of "different times" and a deviation from unionism's ideals. The point seems to be: as long as unions are democratic and left-led, racial divisions and resentment within unions can be countered. She notes as an example how a left-led meatpacking union in the '30s engaged in an anti-racist campaign within their rank-and-file.

A 2021 study found that union membership in the contemporary moment leads to less racial resentment among white workers. Union membership also better reflects the diversity of the working class and perhaps this is because the union movement is becoming more left-led, if not more democratic. However, even if McAlevey is right about how unions can be anti-racist, applying this electorally seems a weak analogy.

As the Biden agenda has been stopped in its tracks by Sen. Joe Manchin, it ought to be clear: Power in the Democratic Party is hardly held by their left flank. The party is a coalition that includes wealthy and corporate interests as well as working-class interests. So it's hard to see how it could be expected to mirror the sort of anti-racist action of unionism through strong multiracial worker solidarity and inoculation of workers to xenophobia. How can the Democratic Party build trust with white workers and get them to support anti-racist policies, when the Democratic Party is not forthrightly backing them against management?

It is understandable, given the time that A Collective Bargain was written, that McAlevey would attempt to tie the issue of defeating Donald Trump to rebuilding the union movement. Indeed, countless books were and are still being published seeking to understand and defeat Trumpism and global democratic backsliding largely marketed to what remains of the liberal middle class. However, McAlevey's focus on appealing to an audience focused on defeating Trump causes her to leave behind the far more interesting and well-supported argument: Unions advance democracy.

As McElevey points out, political theorists see unions as one type of "intermediary institution." Like political parties, the media and other civil society groups, unions play an important role in informing the public and organizing diverse individuals into directed coalitions for change. Research has shown that unions promote political participation by members and nonmembers and increase workers' political knowledge, especially those without a college education. Many, if not most, unions are associations that operate democratically. As a result, unions can serve as citizen schools, providing hands-on experience in the opportunities and challenges of democracy.

Ultimately, McAlevey's discussion of the democratic effects of building the union movement is not as fleshed out as it could be. It is also less inspiring and persuasive than the individual stories of union victories and how they improved workers' lives. It is doubtful that Democrats can be expected to apply union tactics electorally to heal the xenophobic divisiveness at the heart of the U.S.' dwindling democracy.

But a more robust, left-led, well-organized labor movement would likely have profound effects on the federal government due to the increased collective power of working-class interests. An active, well-informed citizenry is necessary for a healthy democracy and unions, at a minimum, seem to cultivate just that.

A version of this story appeared in the July 22-Aug 4, 2022 print issue under the headline: Strong unions, strong democracy.